In light of the volumes written about recent changes in the ESV, I thought I’d offer a few reflections on the interpretation of this text (Gen. 3:16), especially because the verse is foundational to many people’s understanding of gender roles. First, the change:

Previous ESV translation of Genesis 3:16: Your desire shall be for your husband, and he shall rule over you.

New (what ESV is calling the “permanent”) text of Genesis 3:16: Your desire shall be contrary to your husband, but he shall rule over you.

First, an underlying reason for some of the mistrust: The ESV committee had pretty conservative complementarians on it. I’ve identified about five different kinds of complementarians, and many on this committee are at the traditionalist end. And here’s the rub: They included no women translators. And no egalitarians. In a world growing more aware of the blindness inherent in homogenous groups, this seems odd—especially coming from people who acknowledge in their very label, “complementarian,” that God designed men and women to, well, complement each other.

Here’s a key question: Is the new translation exegetically justifiable? The word in question is the Hebrew preposition el. And the standard biblical Hebrew lexicon (abbreviated as HALOT) includes “against” as a possible translation of el. Because in English “contrary to” can serve as a synonym for “against,”  the translators have determined that "contrary to" is an appropriate possibility.

What’s of special interest is that, as Susan Foh observed long ago, we find in the next chapter the same combination of the nouns rule and desire present in this oracle, and in that context the writer is describing a power struggle. Also in Genesis 4, the NASB translators rendered v. 8 this way: “And it came about when [Cain and Abel] were in the field, that Cain rose up against Abel his brother and killed him.” Also relevant.

I can see how the translators got where they did on Genesis 3:16. But I’m frankly uncomfortable with translating el as “contrary to” when “for” will do. Elsewhere in translation, or even in teaching, when we morph words like “head” into “headship” and then substitute headship with the synonym leadership, we suddenly have an org chart, and we miss the beautiful picture of oneness. “Leadership” looks more like a husband as president and the wife as his assistant than a head connected to a body as two become one.

Or when we translate “flesh” as “sin nature . . . ” We quit thinking of our flesh, our entire selves, as sinful and instead we picture a “sin nature” as being a part of ourselves, as a subset of ourselves—something we possess. The text actually says “flesh, ” not “sin nature.” Why not just translate it that way?

These are just a couple of examples where I wish we’d stop using synonyms and use the actual words the biblical authors used. Because such synonyms do introduce subtle changes to the meanings.

Now, let’s assume for a moment that the ESV translators got it right and that the curse oracle in Genesis 3 is, in fact, a prediction (not a prescription, but a prediction/description) of what will happen to the husband/wife relationship as a consequence of sin—the wife’s part being contrary to her husband and the husband going patriarchal. The text is not saying that the counterpart of the wife’s response is that her husband must rule her. The text is suggesting a new incongruence in the relationship as a consequence of sin destroying what was intended to be beautiful. Something is wrecked. If so, God via the author of Genesis is not saying they (and by extension, we) should just give up and accept that marriage will stink. We can and should fight the effects of the Fall!

A seminary student (thankfully not from the school where I teach) told his wife’s ob-gyn that she could not use pain-killers when she gave birth because one of the effects of the Fall was that she needed to endure pain in childbirth. That ob-gyn called the then pastor of Dallas’s First Baptist Church for advice on how to answer this young man. The pastor requested a few days’ time to come up with a pithy answer. When the pastor called back, he told the doctor, “You tell that young man he has to quit his cushy desk job in an air-conditioned office and earn his bread by the sweat of his brow.”

The reality: We can have epidurals. We can use weed-killer. And we can challenge controlling wives and controlling husbands.

Maybe some old-time fundamentalists thought the curse oracle included God’s new “grand design” for how things should be, with ruler husbands keeping in line their resisting wives. But most interpreters who hold a high view of the Bible think God is saying something horrible has happened to both.

In the Piper/Grudem text that is the hallmark of complementarian thinking, Dr. Ray Ortlund says he understands the man’s “rule” as described in Genesis 3:15 not as benevolent, agape-love service but as “ungodly domination.”  Whereas the woman and man were made to rule the earth together, the man’s rule is now sinfully directed toward his wife.

There is not one strictly egalitarian nor one strictly complementarian “view” of how to interpret this verse. Both camps have scholars who are “all over the map” in terms of interpretation. Some egalitarians think the woman will romantically desire the man (as the word is used in Song of Songs) but that he will instead love his work—or something less relational than her. Some complementarians think the same thing. Many, including apparently the ESV translators, think both husband and wife have a bad thing going after the Fall. Complementarians George and Dora Winston point out that the curse affects marriage, but they warn readers to avoid extrapolating “all women” and “all men” from marriage sections of Genesis.

One thing we must make sure we include in the recent discussion is this: Jesus changes everything. The veil that was ripped when he died made the all-male priesthood’s limited access obsolete. Instead he changed the priesthood into a kingdom of priests comprised of male, female, Jew, Gentile, slave and free—in which all who believe are priests. And the Holy Spirit gives us the power as new creatures to live in transformed relationships.

The Christian wife, Paul warns in his letter to the Corinthians, “is busy with things of the world, as to how she can please her husband” (1 Cor 7:34). The apostle says the same of the Christian husband toward his wife. And this, Paul says, is a reason to remain single—because singles can live undistracted lives focused on pleasing only the Lord. Can we rightfully say Scripture teaches that wives are contrary to their husbands while also saying it teaches these same women seek to please their husbands? Aren’t the two views mutually exclusive? It would seem the clearest understanding, when taking into account the whole counsel of God, is that the former consequence of a power struggle is mostly overturned through yielding to the Spirit when a person becomes a new creation in Christ. 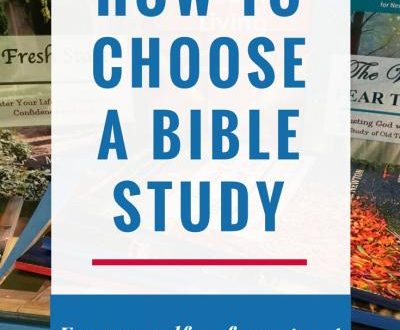 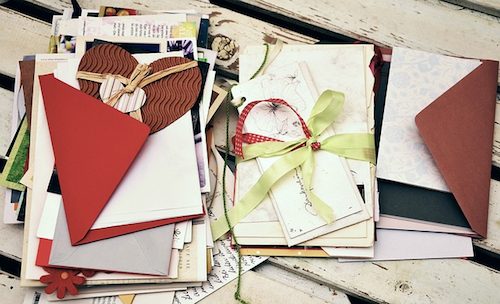