If anyone happens to see the elephant standing on my chest, please ask it to step off. Could be asthma. Could be anxiety. Maybe both. At the grocery store two days ago I couldn’t believe my eyes—a crowded store with minimal social distancing or use of face masks. The governor lifted the lockdown because he wanted to boost the economy—not because the coronavirus evaporated. I want things to go back to normal, too. Or do I?

The Great Realisation, a video poem circulating YouTube and Facebook, outlines the way of the world prior to COVID-19. With the catchphrase, “Hindsight’s 2020,” a father reads his son a bedtime story describing a world of waste, workaholics, entitlement, and disconnected families. The poem goes on to talk about pollution from airplane and automobile traffic as the result of a world driven by greed. The poem shifts directions when people come to enjoy what they’ve neglected to see, and realize that their new way of life is better than the one they left behind.

I can’t stop watching this video. Maybe because this great realization foreshadows the great Revelation. And what better time to talk End Times than during a viral pandemic? Disclaimer: If you seek an expert view of Revelation or eschatology, wait for the next train. I enjoy studying the end times. But I’m no expert.

The vision turns to God’s throne room, where a slain Lamb breaks seven seals from a scroll. Contextual evidence points to this Lamb as Jesus.

This scroll has seven seals going down the length of it. Because of sin, no person or creature—not even an angel—has enough worthiness to open the scroll. Only Jesus can do it.

After breaking the seals one by one, Jesus can unroll the scroll.

Revelation 5:9 makes my insides smile:  And they sang a new song, saying, “Worthy are You to take the book and to break its seals; for You were slain, and purchased for God with Your blood men from every tribe and tongue and people and nation…” Jesus’s sacrifice excludes no language, people group, or nation. Only a Klansman would cringe at that.

So this lamb (Jesus) starts to open the seals.  And one by one each broken seal releases a future disaster. Which reminds me of a story…

At the age of eight, I went out to dinner with my family one night. The snow had fallen several inches. I wore my favorite coat—dark blue faux suede with about five big baby blue buttons going down the front. And true to 70’s third-grade fashionista form, it had a matching pleather butterfly collar. I wore that JC Penney Clearance Rack coat over a hundred times. If it still fit me I would wear it today.

We parked and walked inside. My mother held my toddler brother. My eastern-culture-gender-roles father tried to help me remove my coat. I think he missed the tutorial because he proceeded to break the seals on my coat one by one.

He treated those sewn-on buttons like snap-on buttons. You’d think he would have stopped after the first two buttons flew. Nope. I watched wide-eyed and open-mouthed as my dad popped the buttons off my coat, and one by one, each button flew across the restaurant lobby in full projectile arc. I could feel the blood rush into my face as every pair of eyes in the restaurant focused on me and my flying blue buttons. That night I shed a few tears over my beloved coat.

When my dad broke those seals one by one, it released some disaster. I could feel the steam emanating from my mother chasing those rolling buttons whilst holding a toddler. She sewed them back on the next day.

The breaking of the seals one by one in Revelation will release future disasters: war, famine, disease. Christians will get martyred. A massive earthquake will come, and falling stars will hit the earth. One fourth of people will die. The rest will hide.

A dragon and two beasts will demand the worship of all remaining people. Satan and his minions will incur “seven vials of the wrath of God,” bringing plagues, darkness, and huge hailstones that pummel the earth.

The evil world system will get destroyed when Satan gets 1000 years prison time. Christian martyrs will then gather in heaven from every nation.

When Satan gets out, he will start a world war. Then Satan, the demons, the antichrist, and unbelievers will get cast into the Lake of Fire for eternal torment. The curse of the Fall from Genesis 3 will reverse, and God will create a New Heaven and New Earth where believers live happily ever after. The End.

So when will the end come? Matthew Chapter 24 attests it will take place after the gospel proclamation to all nations. Jesus has not yet returned—maybe because Jesus awaits the spread of his gospel to the ends of the earth.

Maybe I’m over what this world has to offer. Maybe I’m ready for more flying buttons. As the aforementioned poem goes, “Sometimes you’ve got to get sick before you start feeling better.” 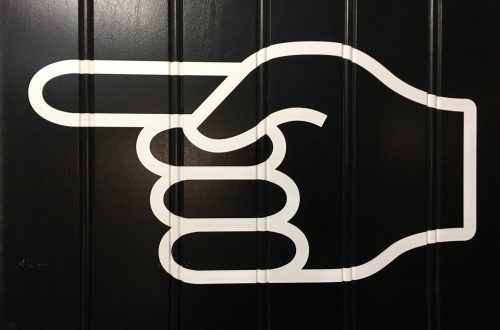 Loving Well in a Blame-shifting Culture 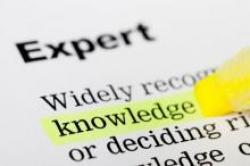