Recently I was shopping in a store clogged with shoppers seeking Grand Opening bargains. I wanted three of an item; as one of the stockers opened a box for me, another lady said, “The limit is six, right? Give me six!” Suddenly I wanted to have six as well. She had given me permission to buy more than I intended. It was like she whipped out a permission slip and handed it to me. And I took it. This lady had no idea what she did!

We often function as “permission givers” in each other’s lives. It’s part of living in community. We give each other permission not just for things we do, but how we think. And that’s why we need to be careful what we’re giving permission for. That was Paul’s argument in 1 Cor. 10 when he warned the believers that they could end up giving permission to eat meat that had been offered to idols, which was sold at cut-rate prices in the meat market, to other believers for whom it would be sin because of their weak consciences.

We can give permission for evil as well as for good.

We can give permission for others to endorse what the Bible calls sin by reassuring each other that we’ve outgrown the ancient, outmoded values that were given for our protection. We can give permission to continue building an addiction to sexual sin like using pornography by reassuring each other that “everybody does it.” And it starts early; my friend has been intentional about teaching her 11-year-old son to choose purity, warning him that others will want to show him dirty pictures. Sure enough, last month in the bathroom of a boy scout camp, another 11-year-old offered to show him his porn collection on his cell phone.

But let’s talk about giving permission for good! That’s where this social dynamic can really shine!

For over a decade, I have participated in an online support forum, and I did a search for my posts using the word “permission.”

• “I wish someone had asked me when I was growing up what it was like to be handicapped, to be stared at, to be different. It would have given me permission to find and use my voice, instead of living in bondage to shame that wasn’t mine.”

• After people responded to a post that I also shared here, “What Would You Say to Your 8-Year-Old Self?,” I affirmed posters for the really powerful truths they would want to say to their younger selves. “Now—will you give that same little self permission to receive that truth? And ask the Holy Spirit to seal it to your heart?”

• One of the young women I mentor gave herself permission to agree that there would be a last time for destructive behaviors that she repeatedly fell into: sinful relationships, indulging in drugs, and self-injury. That permission-giving opened the door to believing that the same power that raised Jesus from the dead was available to her for living in sobriety.

• A number of us encouraged a young lady terrified of doctor visits, who confessed her irrational fear of the crinkly paper on the exam table. I uploaded a “permission button” and wrote, “I give you permission to sit in a chair in the exam room till the very last second.” It was amazing how comforting that was!

• “Denying pain doesn’t make it go away, just harder to access because you try to bury it. Give yourself permission to feel pain. You don’t have to do it by yourself-invite Jesus into it, grab a hold of His hand, and hang on for dear life.”

• “You have permission to break a promise you never should have made in the first place, what has been called ‘foolish vows.’ For example, when you promise you will never leave or abandon a friend where the relationship has turned unhealthy and sinful.”

• “Please give yourself permission to think of [a certain person] as an illegal, immoral, harmful substance like crack cocaine that you just cannot have even a tiny bit of, because there’s no such thing as a tiny bit of a life-controlling, life-dominating, life-destroying substance.” “The Holy Spirit knows every single thing we need to let go of [in forgiveness]. Each memory is like a splinter He wants permission to remove. But you have to cooperate with the process, thus the need to give Him permission.”

• “Give yourself permission to mentally fire your sister as the supposedly ‘older and wiser’ sister. She may be older, but she’s not wiser, and you don’t have to follow her advice when it is not wise because it’s informed by the world, not by God.”

• And finally, “Give yourself permission to become comfortable with new habits you’d like to form, such as stopping in the middle of the conversation to pray. And praying out loud. And using new expressions like ‘The Lord bless you!’ And even something as prosaic as wearing a wrap instead of a sweater, or wearing a hat. Give yourself permission to step outside your comfort zone and practice this new thing you want to become comfortable with, and tell yourself, ‘It’s OK to not be comfortable with this yet. I’ll get there eventually.'” 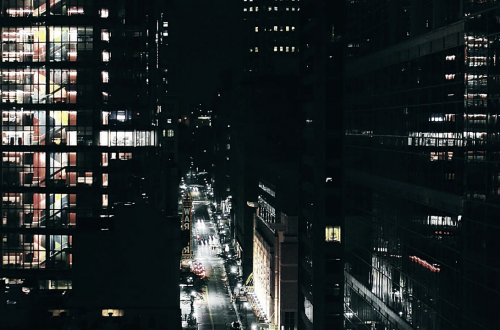 The Language of the Unheard 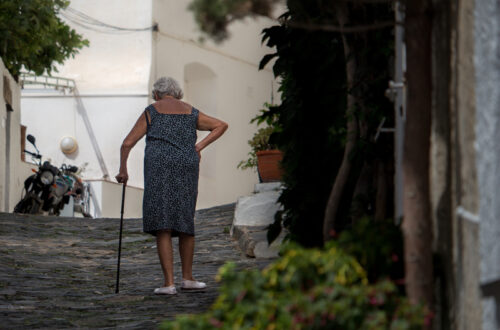