And a decree went out from SCOTUS on June 26, 2015, that couples of the same sex may receive marriage licenses that every state in the USA must recognize as legal.

And the church in America freaked out.

Yes, perhaps the earth shifted a bit under our feet. But Chicken Little was still wrong about the sky. The true ruler of the world is still on the throne. This decision did not even usher in the last days, as one friend’s hashtag suggested. Indeed, we were already in the last days. I refer readers to 2 Timothy 3:3ff, which describes people in those days as follows: lovers of themselves, lovers of money, boasters, proud, blasphemers, disobedient to parents, unthankful, unholy, unloving, unforgiving, slanderers, without self-control, brutal, despisers of good, traitors, headstrong, haughty, lovers of pleasure rather than lovers of God, having a form of godliness but denying its power.“ When was the last time you saw #Obamagetsslandered #lastdays? We have our hierarchy of sins, and it does not always match God’s.

Numerous solid Christians in leadership have been talking behind the scenes about how they think differently from what they hear the most vocal Christians saying about the SCOTUS decision. These quieter folks do embrace the Genesis story and ask questions such as, “Isn’t male/female difference in families a beautiful thing? Could a male/male marriage picture the ultimate extreme of patriarchy, excluding women from the home? Isn’t diversity better?”

Yet these same concerned citizens still do not object greatly to the SCOTUS decision and in many cases even support it. Allow me, please, to share in public what I’m hearing in private from them—and again, they are mature Christians who embrace inerrancy and male/female marriage and celibacy for Christians with same-sex attraction.

2.     If we believe in a literal translation of what God does with people who engage in same-sex relationships (i.e., Romans 1:24), why would we expect a secular nation to be stricter than God? The father of the prodigal son let him go. By fighting this change, are we trying to force the younger brother to stay home?

3.     Most people in America do not self-identify as evangelicals. Should we tell them they have to abide by our religion’s standards? Would we want someone to impose their religious standards on us? One graduate from an evangelical seminary wrote, “I believe gays should be able to marry. And when they do and they find that life isn't happily ever after, wouldn't it be great if true believers could be around to point to Peace?”

4.     The USA never was a Christian country. There is no such thing as a Christian nation. Paul wrote to people who were proud to be Romans, and he reminded them “Our citizenship is in heaven” (Phil 3:20). Only there will the government overtly rest on Messiah’s shoulders. The fact that Judas was going to have to wait for that kind of government is precisely what hacked him off. Indeed, it was his nationalism that made him miss the real King (and Judas had more reason than do Americans to think his country was God’s chosen nation). It was the German church’s nationalism that made them miss the danger of Hitler. To say that the USA has ever been a Christian nation is to deny (a) that it secured the freedom of all religions and required no specific religion of its citizens; (b) its Constitution as originally intended was completely unbiblical in its view of humanity (recall that women and blacks had fewer rights and/or were less fully human than white males); (c) the person credited with drafting the Declaration of Rebellion against England was a deist who impregnated his slave, literally cut Jesus’s miracles out of his Bible, and considered Trinitarianism misguided.

Baptists have insisted on separation of church and state from the beginning. Yes, Christians have enjoyed great favor in the secular USA. But Uncle Sam is not our spiritual father.

5.     Marriage is a good thing. People quote statistics about gays having multiple partners, but these same people stand in the way of gays making commitments. Is that fair? Is that right? In an ethics hierarchy, isn’t commitment better than uncommitment? Wouldn’t we want them to prefer commitment to promiscuity?

6.     We shouldn’t act so surprised. A seminary student wrote, “I see pastors conceding to the pressure or people expressing a chastising disappointment in America. I can’t get on board with this perspective because honestly I don’t have this expectation that our country should or will uphold our religious beliefs. That might be because I’m used to living in a country that doesn’t fully support me as a African-American woman or because I have grown up in an America has become less and less ‘Christian’ over the years.”

7. A lot of the church's response is embarrassing and a terrible testimony. (One seminary grad I know was especially repulsed by the preacher screaming at the little girl waving a rainbow flag.)

1.     What is the purpose of marriage? Isn’t it to picture Christ and the church? Does the church really model this and teach this? And should we expect unbelievers to embrace this ideal (see Eph. 5)?

2.     Is the church perhaps too interconnected with the state? Why are we following the government in referring to marriage as an "institution"? Isn’t it a covenant?

3.     Why didn’t Paul rage against Rome’s unjust laws that prohibited slaves from marrying? Didn’t Christian slaves commit to each other anyway? Did Paul even look to the government to legitimize or have any say about a holy covenant?

4.     Does the law of the land change anything about the church’s teaching on marriage? If it does, woe to us.

I was reminded recently of something C.S. Lewis wrote more than sixty years ago in Mere Christianity. Speaking about how the divorce rate in his world was shooting up, he said, “My own view is that the Churches should frankly recognize that the majority of the British people are not Christian and, therefore, cannot be expected to live Christian lives. There ought to be two distinct kinds of marriage: one governed by the State with rules enforced on all citizens, the other governed by the church with rules enforced by her on her own members. The distinction ought to be quite sharp, so that a man knows which couples are married in a Christian sense and which are not.”

Now then, we live in a country in which we still have free speech and in which the actual number of true believers is not dropping. We have the right as citizens to advocate for what we believe is best for all humans. But unfortunately we have done so disrespectfully. We have sometimes told the truth without love. We have sometimes distorted the truth. And we have certainly exaggerated the threat to true faith. We must do better! 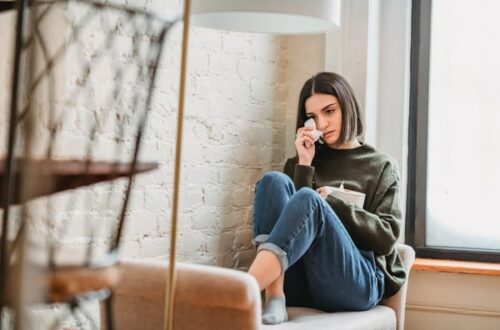 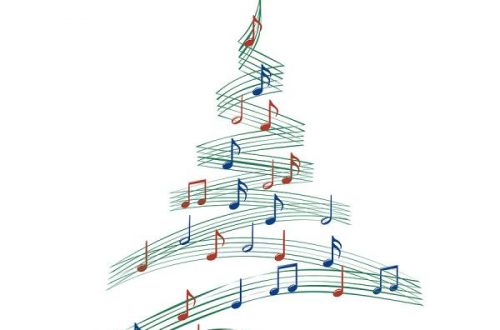 The Greatest Gift: A Partridge in a Pear Tree