This morning as I turned on the news, I heard a story about a 13-year-old girl being charged with child pornography. The young girl had taken two pictures of herself. One was in her sports bra and the other was without her sports bra – but with her hair covering what the bra had covered. I was struck with sadness—sadness that she felt the need to sexualize herself and send a suggestive picture—sadness that she was growing up so fast and seemingly unknowingly.

However, this wasn’t even the worst of the story.  This 13-year-old child, not knowing the danger she was putting herself in, was being put into the same category as a sex offender and being charged as such! If your reaction is at all like mine, you may be saying, “What? No way!” But, the truth is, depending on your state’s laws, your child could be charged as a sex offender if he/she sends nude pictures of themselves or others.

If you were unaware of this phenomenon, it is called sexting. Sexting, which is a combination of the words sex and texting, is the practice of electronically sending sexually explicit images or messages from one person to another.

It is anguishing that somewhere we have lost our self-worth for instantaneous approval and attention. Everything from breakfast to our bodies has become fodder for social media.

If you haven’t spoken to your child about sexting and sending nude or partially-nude photos of themselves or others, you need too!

In an article by Kelly Wallace, CNN's digital correspondent and editor-at-large covering family, career and life, she wrote that “More than half the undergraduate students who took part in an anonymous online survey said they sexted when they were teenagers, according to the study by Drexel University, which was published in June by the Journal of Sexuality Research and Social Policy.

Nearly 30% said they included photos in their sexts, and an astonishing 61% did not know that sending nude photos via text could be considered child pornography. http://www.cnn.com/2014/11/18/living/teens-sexting-what-parents-can-do/

According to the Pew Research Center’s Internet & American Life Project conducted in 2009, on landline and cell phones, in a nationally representative survey of adolescent’s, ages 12-17, it was determined that:

You may be thinking, “My child wouldn’t do that.” But, statistics show otherwise.

According to an Archives of Pediatric & Adolescent Medicine study, one out of every four teens has sent a sext, and 68.4 percent of teen girls have been asked to send a sext, as compared to 42.1 percent of boys.

They keep tract of these teens in a longitudinal study. This means that the information that was gathered was done through observational research, which followed the same teens for a three year period.

The results showed that: twenty-eight percent of the sample reported having sent a naked picture of themselves through text or e-mail (sext), and 31% reported having asked someone for a sext.

More than half (57%) had been asked to send a sext, with most being bothered by having been asked. Adolescents who engaged in sexting behaviors were more likely to have begun dating and to have had sex than those who did not sext. For girls, sexting was also associated with risky sexual behaviors.

What does the Bible have to say?

The Bible Tells us in Ephesians 5:3New International Version (NIV) that,

3 But among you there must not be even a hint of sexual immorality, or of any kind of impurity, or of greed, because these are improper for God’s holy people.

According to Ephesians, there shouldn’t be even a hint of sexual immorality or impurity.

In Galatians 5:13-24 we are told not to indulge our flesh, but to walk by the Spirit, controlled by him, and not acting out in sexual immorality or impurity.

13 You, my brothers and sisters, were called to be free. But do not use your freedom to indulge the flesh[a]; rather, serve one another humbly in love. 14 For the entire law is fulfilled in keeping this one command: “Love your neighbor as yourself.”[b] 15 If you bite and devour each other, watch out or you will be destroyed by each other.

22 But the fruit of the Spirit is love, joy, peace, forbearance, kindness, goodness, faithfulness, 23 gentleness and self-control. Against such things there is no law. 24 Those who belong to Christ Jesus have crucified the flesh with its passions and desires.

In New Jersey Family, the essential source for New Jersey Moms, it was reported that  “Schools all over the country have been dealing with the legal and psychological consequences of sexting, defined by the State of New Jersey as "sexually suggestive or explicit pictures transmitted via cell phones"—and educators and parents are now realizing these incidents are not rare.”

What could happen to your child for sexting nude photos?

Because the laws have not caught up to technology, children can be charged with distributing child pornography, depending on the laws in their jurisdiction – punishments vary but can include jail time and sex offender registration. Since most states did not have laws in place to deal with teenage sexting, they were required to put teens into the existing legal framework – and that puts these teens in the same category, as those charged with serious child exploitation offenses and child pornography.

So what can you do?

1.      First, talk to your child and then talk some more. It may be uncomfortable to have this conversation.  However, it will be much more uncomfortable if they are caught sexting and charged with distributing child pornography.  Explain to them what it means to protect their reputation and their privacy.

2.      Pray for protection over your child and pray with them.

3.      Monitor your child’s technology from the very beginning and let them know you are. Having a cell phone is a privilege not a right.

How can I monitor my child’s phone?

2.       Activate the basic security features, as well as any further limitations on usage you want, in the phone’s setting before you give the phone to your child.

3.      Install a monitoring app. There a lot of choices, such as: MSPY, Highster Mobile, Flexispy, TheTruthSpy, and TeenSafe. All are a little different, but most allow you to see messages, texts and internet visits.

4.      Be proactive! Remind your child/teen that you are not spying. You are parenting. You are looking out for their best interest because nothing on-line is private. 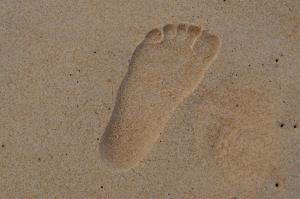 Don’t Miss the Value of a Footprint in the Sand 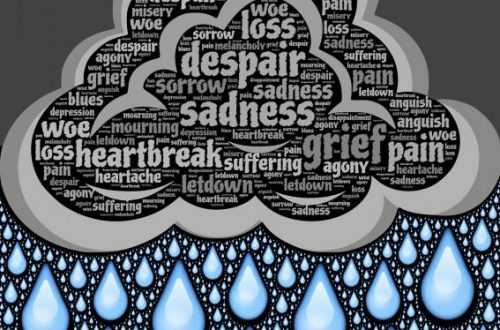 A Deeper Look at Suffering 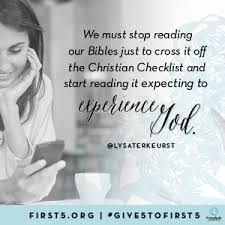 A NEW LOOK AT THE OLD BOOK