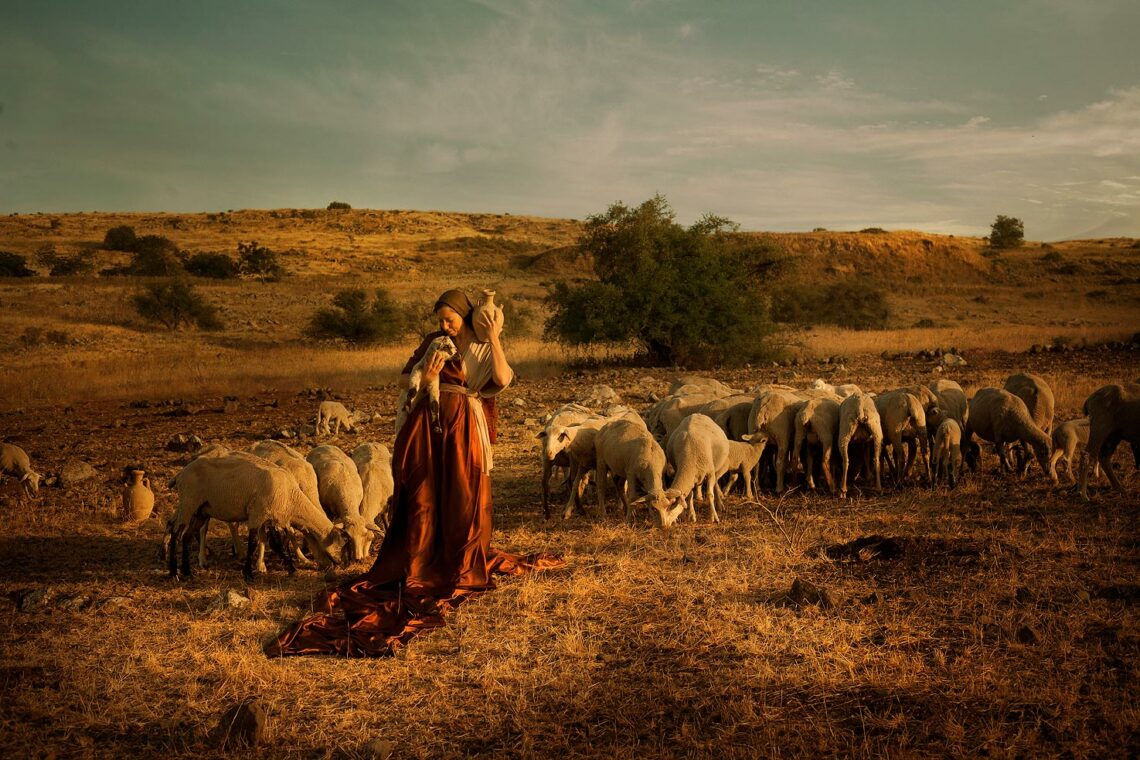 Does your nativity set have any female shepherds? Mine doesn’t. And it’s amazing how much I have picked up unconsciously from art….

I didn’t realize that—without anything being said outright—I had internalized the idea that “shepherd” was a “guy” job. So, if I saw a Christmas pageant with girls dressed in bathrobes holding crooks, I told myself the real nativity story lacked girl roles so the directors were taking creative license. But now I know those girls in bathrobes more closely represented reality than did my misinformed imaginations.

My understanding about shepherds shifted radically when I traveled with my husband and daughter to Kenya’s Rift Valley. My husband is a U.S.-based missionary serving national leaders there. And while we were in Kenya, his ministry partner, Joseph, a Maasai warrior, introduced us to some of his friends.

The Maasai are pastoral people—shepherds. Like Joseph, they live in individual huts inside bomas—enclosures made of brambles encircling huts made by women out of mud, sticks, grass, and cow dung. Inside the perimeter of the boma, another area, also made of brambles, serves as a livestock pen.

The girls usually shepherd goats and sheep, sometimes with their moms or a grandparent, while boys shepherd the larger livestock. If a family has no girls—or not enough of them—the youngest son or sons also get assigned to sheep/goat duty. The pecking order is usually men, animals, women, children. For these pastoral peoples, livestock serve as their pantries, 401(k) plans, Meals on Wheels, bank accounts…. Often the shepherd-girls lack education, because someone has to guard the assets, and the boys’ educations have typically taken priority.

This setup or a similar one has been true for many shepherding tribes and peoples across time and geography. Consider that David, son of Jesse, who had multiple brothers—at least three in the army—was the youngest boy and the shepherd among Jesse’s eight sons.

The Maasai, like some of the Bedouins my husband and I met in Jordan this summer, live—or abide—in the field. And that is exactly how Luke describes what the shepherds in Jesus’s birth narrative are doing—they are abiding, or living in the field. Not just “hanging out.” And they are watching their flock. Singular. So, the shepherds to whom the angel choir appeared were probably not a bunch of unrelated guys from different families watching multiple flocks on an open hillside. More likely, they were from one extended family unit with male, female, old, and young present.

The highlight of my time with the Maasai in 2008 was watching the “Jesus” film with them. We threw a bedsheet over the top of a hut, hooked up a generator and voila! The best part was hearing them gasp for joy when the angels appeared to shepherds saying, in Naa—their own language— “Fear not! For I bring you good news of great joy for all the people!”

A week later, we moved on to meet members of the Pokot tribe. And along the dirt road far from town we saw female shepherds out by themselves herding sheep.

These experiences made me pose some questions about the biblical text to people who live much closer to its reality. And here’s what I learned:

So, what are some spiritual ramifications?

Thanks to my time in the Rift Valley and in Jordan, I’m on the hunt for a manger scene that includes a female shepherd or two. (And some old people.) Since females were last at the cross, first at the tomb, and the first to herald the good news that Jesus is alive, it makes perfect sense that they also would have been among the first at the manger. And what does Luke tell us these shepherds did? After seeing the swaddled child, they spread the word.

Like them, let us do the same—Go, tell it on the mountain! Jesus Christ is born!

P.S. Some think the sheep being watched in the Bible story were those specially destined for sacrifice. The source of this information was a rabbinic Jewish scholar who converted to Christianity. But his idea has been further vetted. And comments in the link of this post address the details. Based on this research, I’m no longer inclined to think so. Nevertheless, the child who was born, the Good Shepherd, was indeed the lamb who was slain.

Photo “Rebecka” by Dikla Laor at DiklaLaor.Photography. Used with permission. 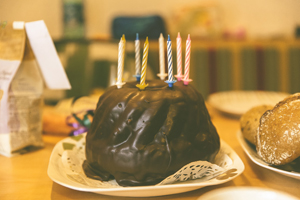 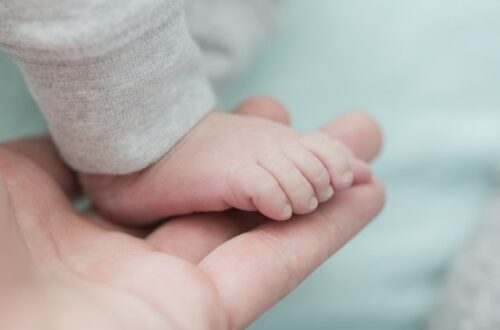 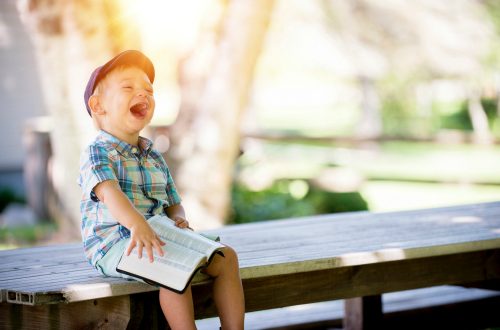