The back cover of Evolving in Monkey Town describes how the author, Rachel Held Evans, has moved on her own spiritual journey from "certainty through doubt to belief." Her description of her sneaking doubts about the goodness of God in the face of suffering resonate with our own cries and those of many psalmists and prophets. Few of us walk through life without an occasional twinge of doubt. To those who see belief as an all-or-nothing proposition, Rachel’s story may seem puzzling. Isn’t Jesus honored by confident faith? Shouldn’t we be certain about our beliefs? What is the difference between certainty and faith? What do you think readers? Do we need more certainty or more "cognitive humility"?

The back cover of Evolving in Monkey Town describes how the author, Rachel Held Evans, has moved on her own spiritual journey from "certainty through doubt to belief." Her description of her sneaking doubts about the goodness of God in the face of suffering resonate with our own cries and those of many psalmists and prophets. Few of us walk through life without an occasional twinge of doubt. To those who see belief as an all-or-nothing proposition, Rachel’s story may seem puzzling. Isn’t Jesus honored by confident faith? Shouldn’t we be certain about our beliefs? What is the difference between certainty and faith? What do you think readers? Do we need more certainty or more "cognitive humility"?

It seems to me and to some fairly astute Christian philosophers that belief is not all-or-nothing, you-do-or-you-don’t enterprise, but rather a continuum. If you’re 50/50 you’re either undecided or you don’t care. I was pretty much 50/50 on whether Spain or the Netherlands won the World Cup. I just didn’t have a dog in that fight. But a lot of people believed that Spain would win—maybe 80-100% belief in Spain. Zero to 20% belief in the Netherlands.

When it comes to belief in God or in his promises or creation vs. evolution or the meaning of the pale horse in Revelation I’m all over the continuum. I’m probably 50/50 on different interpretations of the pale horse. Much higher on creation. And something close to 100% on the goodness and existence of God.

It’s that 100% certainty that Rachel Held Evans struggles with in Evolving in Monkey Town. She grew up with a strong faith and excelled in apologetics, believing that the Christian Worldview was so coherent and cohesive and grounded on such a strong body of evidence that she could prove her Christian beliefs beyond any reasonable doubt. Then one day on TV she saw a Muslim woman, Zarmina, executed because the 35 year old mother of five was condemned for the murder of her abusive husband. Rachel writes, "The Taliban never found a murder weapon, but locals report that they got a confession after beating her for two days with steel cables."

Rachel continues, "Each time I watched Zarmina’s execution, I got angrier with God. God was the one who claimed to have formed Zarmina in her mother’s womb. It was God who ordained that she be born in a third-world country under an oppressive regime. God had all the power and resources at his disposal to stop this from happening, and yet he did nothing. Worst of all, twenty years of Christian education assured me that because Zarmina was a Muslim, she would suffer unending torment in hell for the rest of eternity. How the Taliban punished Zarmina in this life was nothing compared with how God would punish her in the next." In her head Rachel could cite 20 arguments for the existence of God. But in her heart she could not reconcile Zarmina’s death with the goodness of God.

"That’s how I felt about God. First I doubted that he is good; then I doubted that he is real. It seemed the teleological argument in support of his existence was a lot less effective when I was unsure of his benevolence. I never realized how important hope is to belief."

As Rachel’s needle sank steadily down the continuum of belief she wept into her pillow at night, begging God to "help me in my unbelief" trying to will herself out of doubt and back to faith. This continuum of belief and doubt is not some abstract construction, but something that runs through the epicenter of our souls.

Reading her story I couldn’t help but think of my own seasons of doubt and how we really can be certain of anything at all. We tend to think of empiricism and rationalism as the gold standard of knowledge: we can be certain if we can see, touch or hear it, or reason our way to knowledge with air-tight logic. But our postmodern world is losing its confidence in this kind of certainty.

In a new book Journalist David Freedman walks through an impressive list of false and conflicting claims made by experts in a variety of fields that really drives home the dubiousness of much — if not most — of what passes for expert wisdom. For example, according to Freedman, The findings of two out of every three published medical studies fail to hold up. Books like Predictably Irrational, Sway, and Nudge also take our inflated confidence in the experts’ knowledge to task.

When we interviewed Christian apologist Lee Strobel on our radio show I asked him how he might respond if he were presented with compelling empirical evidence against the existence or goodness of God. Would he disbelieve God? Lee paused then said, no, he wouldn’t. He wouldn’t because he has come to know God. Intimately. And that kind of knowledge trumps every reason and stack of data. Dallas Willard makes the same point in his book, Knowing Christ Today: How We Can Trust Spiritual Knowledge. The spiritual/relational way we can know God can secure our hearts and minds with just as much certainty (or more) about God and his Kingdom than the best evidence or most brilliant reasoning.

I’m not sure yet how Rachel’s needle climbs back into the "belief" range per the book cover’s description, but I empathize with her. I love and value the study of apologetics, the rigorous study of a Christian worldview. Knowing that a Christian worldview is logical and squares with the evidence strengthens my confidence thaat what I take to be true about God and life really makes sense. And we've interviewed so many experts on our radio show who have offered such compelling evidence for our Christian faith. But the more we study the evidence the more we are staggered by mystery (quantum mechanics, string theory, migrating swallows, babies growing in utero) .

Along with mystery and intellectual doubt we struggle with emotional doubt about God. Is he really good? Does he really care?

Emotional doubt fades only when God shows himself to us. God shows himself at his own discretion. But I’ve found that when he is warmly wanted he shows up. When I choose him in obedience he moves in and makes his home with me. When I cling to him in the midst of sorrow and risk he is near the broken-hearted. This is simple, Biblical, but not simplistic. I've chronicled the complexities in Godsight, my story of struggling with doubt a little and resignation a great deal.

I’ll see how Rachel resolves her doubt and report back. What about you? What do you think about certainty? How do you deal with your doubts? 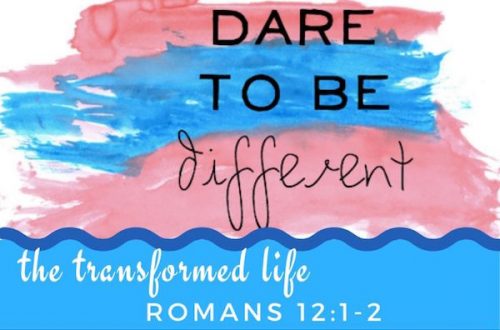 Dare to Be Different—A Commentary on Romans 12:1-2 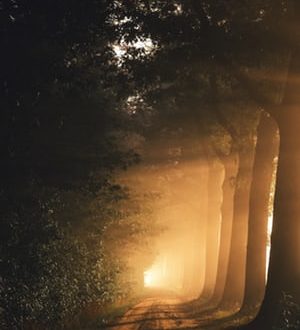