"To listen well is as powerful a means of
communication and influence as to talk well."
– John Marshall

Leaders who don’t listen talk their way right out of leadership. That’s exactly what happened to Rehoboam, Solomon’s son, who disqualified himself as king over most of Israel because he refused to listen to his followers.

A representative group of leaders came to Rehoboam from the northern part of what should have been his kingdom (I Kings 12:1-17) and asked him to lighten the tax and forced labor load that his father had put on them. He responded with wisdom and sought out assistance from his father’s seasoned advisers who knew that the request was a right one, and Rehoboam should agree to it. They made one of the greatest leadership statements ever when they told him, If today you will be a servant to these people and serve them and give them a favorable answer, they will always be your servants (vs. 7).  Here is the secret of servant leadership:serve your followers, and your followers will serve you. And the first way to serve your followers? Listen to them.

This doesn’t mean you should always do what your followers want you to do.  That’s leading from behind and that isn’t leading, that’s following.  But in this case, as in many others, it would have been good for Rehoboam to serve his followers by doing what they asked him to do.

However, he turned to the young bucks, his buddies, the beginners he grew up with, and they told him to be brutal, to say that his little finger was thicker than his father’s waist (1 Kings 12:10-11), that his demands would make his father look like a panty waist, a wimp, a weakling. That’s what he did: he used his mouth instead of his ears.

Now it’s true that this was of the Lord (1 Kings 12:15) as part of the discipline that Solomon’s idolatry brought on David’s line, but it’s significant that when God wanted to bring a leader down He did not use a war or allow a woman to entice His leader; He used two little ears, ears that were missing in action.

Listening is one of the greatest skills in a leader’s arsenal. Here’s the point of it all: leaders who won’t listen to their followers soon won’t have any followers to listen to.

Leaders without ears lose their leadership. Remember, serve your followers by listening to them and by doing what they ask as often as you can.  Don’t be a leader with no ears.

(from "The Leader with No Ears" on www.leaderformation.org/blog) 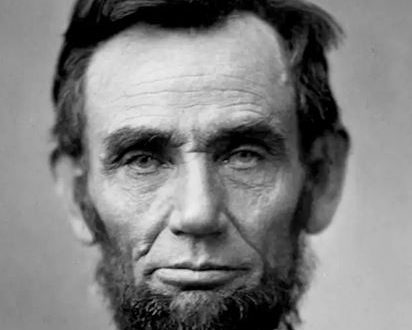