God made reference to His special holy days on the fourth day of creation in the first chapter of the Book of Genesis.

The Hebrew word translated into English as “seasons” is moed. This word means a fixed, appointed time, season, or place when God would meet with His people. It specifically refers to God’s appointed biblical holy days. They are His holy festivals, convocations, or feast days when the people would have a holy encounter with the Living God. (4)

Moed is the same word used to refer to the Lord’s Feasts in the Book of Leviticus. God established these special celebrations when He delivered the Hebrews from Egypt. (4)

When we hear the word feast we think of an elaborate meal or banquet. We tend to associate the word with food. Our God Yahweh (His covenant name) stated that these are His feasts. They are special holy convocations or assemblies established by Yahweh when the Jewish people would come together to meet with Him in a special way. (4)

These feasts are special convocations or religious gatherings that often contained a ceremonial meal but were not exclusively about food.

The Hebrew word for a “holy convocation” or “sacred assembly” is mikrah. This word means a “dress rehearsal.” The Jews would act out through the festivals a “dress rehearsal” to reveal the Messiah and learn God’s overall redemptive and prophetic plan. For 1,500 years, the Jews performed the drama of redemption as a picture pointing them to Yeshua Hamashiach (Jesus the Messiah). (4)

God appointed three feast seasons or Pilgrimage Festivals (Hebrew – Shalosh Regalim) with seven individual feasts and scheduled them on the Hebrew calendar (1) in such a way that the Jewish males (mandatory) and their families (optional) would have to travel to Jerusalem three times a year to keep them. (4) (5)

These three feast seasons or Pilgrimage Festivals were known as Passover (Pesach, Nisan 14-21) (which subsumed the seven days of the Feast of Unleavened Bread, thus totaling eight days), Pentecost (Shavuot, in early to middle Sivan for one day), and Tabernacles (Succot, Tishri 15-22). They portrayed and represented three major encounters with God in the lives of His covenant people. These encounters with God were to provide His divine peace, power, and rest in their lives. Taken together, they represent seven steps in the believer’s walk with God. (4)

The feasts were laid out in the calendar year with the first three occurring close together, then the coming of the Holy Spirit shortly after, followed by the long pause waiting for the Church’s Rapture.  We also see God’s clever design shown in the earthly week – six feasts of work and the last one of rest.  The biblical history has described some six thousand years, and if we are to foresee the kingdom somewhere in the near future, then a logical one thousand year rest period is coming up. (3)

The Feast of Passover was the first of these feast seasons. Its purpose was to teach the Hebrews how to find God’s peace. Passover included the Feasts of Passover, Unleavened Bread, and Firstfruits. The next feast season was Pentecost. This was a single-day feast, and it taught the Hebrews how to receive God’s power. The third feast season was called Tabernacles. The purpose of the Feast of Tabernacles was to teach the people how to enter God’s rest. It included the Feasts of Trumpets, Atonement, and Tabernacles. (4)

The Feasts of the Lord provided visual aids for the Jewish people. Each of the seven feasts pointed them to their Messiah, and each uniquely portrayed a particular aspect of His life and ministry. Taken as a whole, they form a complete picture of the person and work of the Messiah and the steps one must take to walk in the peace, power, and rest of God. (4)

Christians have a revelation in their hearts from God’s Spirit that Jesus is the Messiah. Jesus not only celebrated these festivals Himself, but every major redemptive event in His life also happened on a feast day! (4)

God’s calendar is lunisolar (1) based on the moon phases and the earth’s orbit around the sun.  Each month starts with a new moon, reaching a full moon in the middle of the 29.5-day cycle.  Thus Passover always falls on a full moon on the 14th of the month – the first full moon of spring (usually April).

The second feast begins on the next night after Passover (15th of Nisan).  God told the Jews to eat only the pure unleavened bread during the week following Passover.  Leaven (1) in the Bible typically symbolized sin and evil (1 Corinthians 5:7,8).  Unleavened bread, eaten over a period of time, symbolized a holy walk with the Lord.  In the New Testament, the unleavened bread is the body of our Lord (John 6:33).  The piece of bread, Jewish matzo, used by the Jews during this week of Unleavened Bread was striped (just like Jesus’ body, Isaiah 53).  The Passover ceremony of breaking and burying and then resurrecting a piece of this bread presents the Gospel in the midst of the modern Jewish Passover celebration.

God performed this exact ceremony with the burial of Jesus (1) on the exact day of the feast.  Men have speculated how Jesus died so quickly on the cross.  Crucifixion normally took three days, but Jesus died in 6 hours.  Our Lord died in time to be buried at sundown that day.  He was placed on the cross at 9:00 a.m. and taken down at 3:00 p.m.  There was time enough to wrap the body and bury it at sundown.  Jesus said that no one could take His life from Him – “I lay it down and I take it up again.” (John 10:17,18)

Held on the Sunday following Unleavened Bread.  God wanted a special feast during which the Jews would acknowledge the fertility of the fine land He gave them.  They were to bring the early crops of their spring planting (first fruits) to the priest at the Temple to be waved before the Lord on their behalf.  This was to be done “the morrow after the Sabbath” or Sunday.  Since the feast of Unleavened Bread was seven days long, one of those days would be a Sunday.

We have come to call this feast Easter, but the celebration was to be over God’s replanting of the earth in the spring.  We miss an important truth by not using the term “First Fruits” because “first” implies a second, third, etc…  We celebrate the resurrection of the Lord as First Fruit (1 Corinthians 15:20,23) and the resurrection of the rest of us as we each follow Him (1) in our own time to Heaven (1 Thessalonians 4:16,17).

Jesus celebrated the Sunday of the week of His crucifixion by rising from the dead (1).  It was not some other day He chose but the very day of First Fruits.  First Fruits was the last of the feasts that the Lord was seen personally fulfilling on earth.  But His ministry to the Church was to go on, of course, in the feasts to follow, each on their appropriate days.

God gave precise directions for counting the proper number of days until the Feast of Harvest, which we refer to as Pentecost.  It was to take place exactly 50 days after First Fruits (usually late May or early June).  It actually marked the summer harvest.  Here two “wave loaves” of equal weight were baked with new leaven (1) and called “firstfruits,” thereby representing redeemed or resurrected men.  God was predicting that the Church would be comprised of two parts, Jew and Gentile.

Jesus rejoined His disciples after His resurrection and taught them for forty days.  Then He told them to wait at Jerusalem until the Holy Spirit would come.  And He did (1), exactly on the day of the feast (Acts 1:3).  It was a great “harvest” of souls as 3000 people joined in that day (Acts 2:1. Exodus 32:28).  Of course, that is only a token of the harvest that will occur at the rapture of the church.

Four coincidences are hard to explain away, especially when each one is so completely appropriate to its purpose.  Because we have not yet seen the fulfillment to feast number five, we remain under the orders of Pentecost, continuing the summer crop cultivation as we work in the field until the great harvest is marked by the next feast.

In the seventh month (usually in September), they had a memorial of the blowing of trumpets on the first day of the month.  This jump in time from the last feast represents the Church Age since the trumpet represents the Rapture of the Church (1) (1 Thessalonians 4:13-18 and 1 Corinthians 15:51,52).

The trumpet blowing was a signal for the field workers to stop harvesting and leave immediately (1) for worship at the Temple.  Imagine a Jew and Arab working side by side in the field.  The Jew would leave, and the Arab would stay.  “Where there are two working in a field, one will be taken and the other left.” (Matthew 24:40)

On the Day of Atonement, the Jew either lived or died.  The High Priest of Israel entered the Holy of Holies to make a sacrifice on behalf of himself and Israel.  If the Jew did not strictly follow the law of Leviticus 23:28-30 and Leviticus 23:32, he could be cut off (1) from his people.  For that 24 hour period, he was to do no work but rather was to use the time for confessing his sins of the entire year.  We might even balk at the idea of merely staying awake for 24 hours, but if our salvation hung in the balance, we would try to make it.

This feast will not be fulfilled by the church because the church owes no atonement.  The church is not innocent, of course, but Jesus has paid the price for our sins.

This is God’s celebration of the fact that He provided shelter for the Israelites in the wilderness.  Each year on Tabernacles, the fifteenth day of the seventh month, devout Jews build little shelters outside their houses and worship in them.

Exploring and, for some, participating in the feasts of God provides a wonderful picture of God’s plan of redemption and of our Lord and Savior Yeshua (Jesus)! However, we are not to add observing the feasts, or anything else, as a requirement for salvation.

If you do not know Jesus (Yeshua) the Messiah as Lord then please click here.

– Seven Church Conditions during the Times of the Gentiles:

(2) Sometimes Christians think that all the Jews will be saved anyway, so why should we bother witnessing them now?  Since only surviving Israel will be saved when the Lord returns, a man who dies now before being saved, Jew or Gentile, cannot obtain salvation in the future. We should note that it will be tough for Israel to survive the tribulation in any great numbers.  The prophets lament that two-thirds of that nation shall perish at the hands of the Antichrist.

(3) Adapted from “THE SEVEN FEASTS OF ISRAEL” By Zola Levitt.

(4) Booker, R. (2016). Celebrating jesus in the biblical feasts expanded edition: discovering their significance to you as a christian. Shippensburg, PA: Destiny Image. 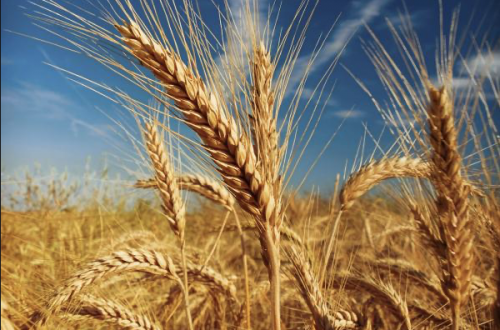 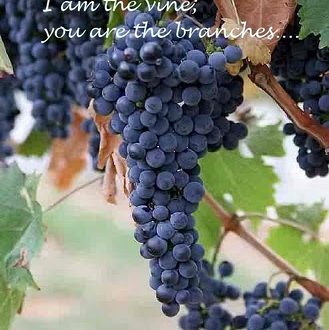