Mark 1:1–8 forms part of the lectionary readings for the second Sunday of Advent, which is December 6th. Verse 1 opens with the statement that what follows is the good news about Jesus of Nazareth, who is the Messiah, the Son of God. Then, verses 2 through 8 narrate the efforts of John the Baptizer to prepare the way for Jesus’ arrival.

This material is followed by an account of Jesus’ baptism and testing, events that are recorded in verses 9 through 13. The other three Gospels make some reference to John’s baptism of Jesus (Matt 3:13–17; Luke 3:21–22; John 1:31–34), while only the other two Synoptic Gospels devote considerably more space to Jesus’ encounter with Satan (Matt 4:1–11; Luke 4:1–13).

The Greek noun, euangélion (rendered “gospel”), is derived from the verb, euangelézo, which means “to tell good news” or “to proclaim the gospel.” In turn, the noun refers to the message of salvation proclaimed first by Jesus and then by His disciples.

The concept of the “gospel” has Roman and Jewish roots. Among Romans, the word was used to describe good news about events in the emperor’s life, such as his enthronement.

The above events were thought to affect the entire world. So, Mark’s use of euangélion shows that Jesus’ ministry signaled the beginning of a new era for the universe.

Jewish roots of the term are found in the Old Testament prophecy books, especially Isaiah (for example, 40:9; 52:7; 61:1). There the announcement of the future time of salvation is called “good tidings” and is set against a backdrop of joy. Consequently, a Jewish audience knew that the era Jesus ushered in was the prophesied time of salvation.

“Jesus” (Mark 1:1) is the Greek transliteration of the Hebrew name, Joshua, which means “Yahweh saves.” As well, “Messiah” (from the Hebrew) and “Christ” (from the Greek) both mean the “Anointed One.” When taken together, they indicate that the Father chose, appointed, and empowered His Son to save people from their sins (Matt 1:21; Luke 1:30–33).

Mark’s Gospel conveys an air of anticipation as the sovereign Creator inaugurated a new phase in His plan of redemption, and the arrival of the Messiah made this possible. He is none other than the “Son of God” (1:1), a messianic title that the New Testament writers routinely applied to the Lord Jesus (for instance, Rom 1:4; Rev 2:18). The phrase emphasizes the special and intimate relationship that exists between the first and second persons of the Trinity (Matt 16:16; Luke 1:35).

Hebrews 1:5 and 5:5 quote Psalm 2:7 in connection with the Messiah being the Son of God. Most likely, the Israelites applied this verse to the descendants of David, whom they crowned king. However, Psalm 2:7 ultimately refers to the Savior.

The preceding statement is made clear in Acts 13:33. When God raised Jesus from the dead, the Father conferred great dignity on Jesus by declaring Him to be His Son (something that had been true of Jesus for all eternity).

Jesus’ divinity is a second emphasis implicit in the phrase “Son of God.” It indicates that the Son is to be identified with the Father and considered fully and absolutely equal to Him (John 5:18; 10:30, 36).

A third emphasis is Jesus’ unswerving obedience to His Father’s will, even to the point of being crucified (Mark 10:45). Indeed, the Gospels make a strong connection between the divine, royal status of Jesus as the eternal Son of God, and His suffering, atoning sacrifice at Calvary, and resurrection from the dead.

For instance, during Jesus’ transfiguration, the Father referred to Him as “my Son, whom I love” (Mark 9:7). Just before that, Moses and Elijah spoke with the Messiah about “his departure, which he was going to bring to fulfillment at Jerusalem” (Luke 9:31; see Matt 17:3; Mark 9:4).

A similar emphasis is found in the testimony John gave concerning Jesus, perhaps not long after His baptism (John 1:29–34). John declared Jesus to be the eternally preexistent, divine Messiah.

The Baptizer also referred to Jesus as the “Lamb of God, who takes away the sin of the world” (v. 29). The Greek noun, amnós, which is rendered “Lamb,” generally refers to a sheep of one year old. In apocalyptic literature, the lamb is depicted as a ruling figure who conquers its foes and leads its flock.

There is a more direct conceptual allusion between John 1:29 and Isaiah 53:7. The prophet foretold that the Suffering Servant was like a lamb led to a slaughtering block.

The Father chose John the Baptizer for an important task. He was to prepare the way for the advent of the Son, as foretold in Malachi 3:1 and Isaiah 40:3.

Interestingly, Mark 1:2 states that both of the preceding verses were penned by the prophet Isaiah. This is a circumstance in which the entire Old Testament is regarded as God’s unified revelation. Also, because Isaiah serves as a gateway (of sorts) to the remainder of the prophetic writings, it was acceptable for an ancient writer such as Mark to begin his Old Testament quotes as he did.

In Bible times, there were no superhighways. When an important dignitary was expected to travel through the country, a messenger would go out in advance to tell the people to prepare the way for the dignitary’s arrival. This meant the local residents had to improve roads by cutting down trees, leveling steep hills, and generally clearing away obstacles.

Figuratively speaking, the above effort represented the ministry of John the Baptizer. He was the Lord’s messenger who prepared the hearts of people for the coming of the Messiah.

The “wilderness” (Mark 1:4) to which John came was the area around the Jordan River. The phrase, “baptism of repentance,” indicates that the Spirit used this sacrament to reorient the lives of participants to God and His eternal priorities. In turn, the Son’s atoning sacrifice at Calvary would be the basis for the Father pardoning the transgressions of repentant, believing sinners.

It is not possible to determine with certainty when the practice of baptism began. Baptizing Gentile converts to Judaism (called “proselytes”) occurred even before John’s time. Also, many Old Testament passages refer to ceremonial washings (Exod 29:4; Lev 14:8). Several prophets used the washing image to speak of inner cleansings (Isa 1:16; Jer 4:14; Ezek 36:25; Zech 13:1).

What makes John’s baptism unique was that he linked the sacrament with repentance and spiritual cleansing. Indeed, the religious rite prepared people for the coming of God’s Anointed One and His gracious provision of absolution.

John’s baptism was not just for the ceremonially unclean or for Gentiles. Instead, John urged everyone—whether Jew or Gentile—to be baptized.

John was not the kind of person one might expect to get the job of being the forerunner for the Messiah. As far as we know, John never served as a priest, even though he was born into a priestly family. Neither did he serve as a scribe, Pharisee, or Sadducee.

John avoided cities, taking his message instead into the wilderness. He spent most of his time in the rugged area near where the Jordan River empties into the Dead Sea.

Yet, despite John’s peculiarities, he was tremendously popular with the masses. People came from Jerusalem and other parts of Judea to hear him, confess their sins, and be baptized (Mark 1:5).

John’s clothing made of camel’s hair, leather belt around his waist, and diet of locusts and wild honey (v. 6) reminded the people of Elijah (2 Kings 1:8), who was to return in some way to Israel before the Messiah’s arrival (Mal 4:5). Insects were one of the few foods available in the desert, and they were considered clean to eat by Jewish law (Lev 11:21–22). John’s simple mode of life was a visible protest against all forms of self-indulgence.

For over about 400 years, there had been no prophet of the Lord in Israel. John’s presence awakened the hope and expectation of the promised Messiah in the hearts of many people.

John’s popularity was a mark that he was doing a real work of God. Though John’s fame spread throughout Judea (including Jerusalem), and though he baptized scores of people, John did not come to establish a movement or build a religious institution of his own. His purpose was to point others to Jesus.

The Baptizer continually told the people who flocked to him that someone greater than him was coming. This person was so exalted and all-powerful that John felt he was not even good enough to untie the Messiah’s sandals (Mark 1:7).

In Bible times, the above was the duty of a slave. Whereas John’s baptism was a means of grace that offered and conveyed divine pardoning from one’s transgressions, Jesus’ baptism went further by imparting the Spirit to His followers, beginning with the day of Pentecost (v. 8; see Acts 2:4, 33).

Mark chose memorable incidents that would introduce Jesus to the lost. These events, from the beginning, let us know that we are not dealing with any ordinary ancient teacher or philosopher. He is the Father’s heaven-sent Son, the Messiah.

1. Jesus is far above us. Jesus was one whom God unconditionally praised. God willingly adopts us as His children, but only through grace. Jesus is different. He is God’s Son by nature, not adoption.

2. Jesus knows and cares about us. No matter what He did for us, Jesus would deserve our praise for who He is. Yet, even as one who stands infinitely above us, He reaches down to us.

Despite our sinful, human condition, Jesus invites people like us to be His companions. Admittedly, Jesus could have easily rejected or ignored those whom He encountered, just as the religious elitists had done. Thankfully, though, Jesus reached out to all whom He met with compassion and kindness.

3. Jesus became one of us. The eternal Son, whom we known as Jesus of Nazareth, was not a phantom or apparition. Rather, He was truly human, as well as truly divine.

In the realm of Jesus’ physical existence, He was as vulnerable to wild animals as we are. Also, He allowed Himself to be tempted by Satan, who tempts us all. Yet, despite Jesus’ constant victory over Satan, Jesus still identified with us in our spiritual need.

Also, at Jesus’ baptism, the entire Trinity was involved. The initiative of God the Father, the atoning work of God the Son, and enabling power of God the Holy Spirit were all present. In this way, we realize that the Triune Creator remains with us throughout our earthly sojourn.

Healing by Medicine or Miracle? 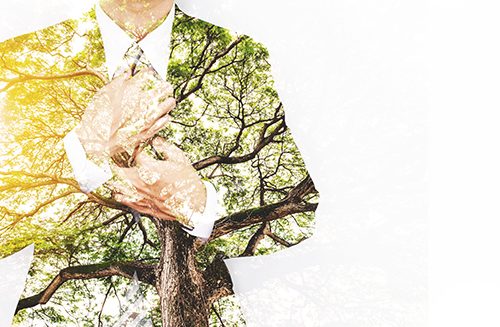 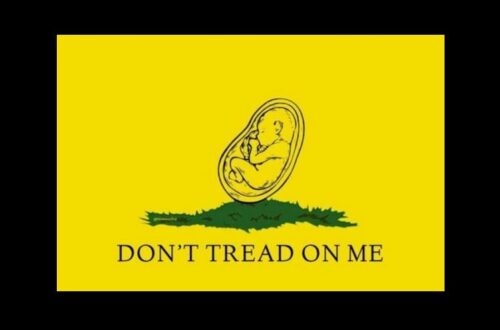