Six hundred stones plopped and splashed as they hit the surface of the Sea of Galilee and then sunk, never to be retrieved again. Each rock signified something of importance. Some represented long-held unforgiveness and bitterness toward a family member or friend. Other stones symbolized a wayward son or daughter, or even a spouse. And yet others signified unfulfilled hopes and dreams. Though the meanings of each rock differed, the lasting results were the same. As passengers aboard the Israel tour boats released their stones from their hands, they also released emotional and spiritual burdens from their hearts.

As I threw my stone into the Sea of Galilee, I quietly prayed, “Ok, Lord. Here I am. If I can serve you better and glorify you more in my singleness, then so be it. I am content with you and you alone.” Healing replaced hurt. Contentment replaced anxious pursuit. Trust replaced fear.

Little did I know that at that same moment on the same boat on the Sea of Galilee, a Hispanic pastor was throwing his stone into the water with a similar prayer. Ten years of pastoral ministry as a single man had not been easy. But if that’s what the Lord wanted, then he finally accepted it, and he would live his life joyously and purposefully.

We threw our stones and all that they signified into the Sea of Galilee six years ago—March 11, 2010.

That night I looked around for an open seat amongst my fellow Israel bus companions. I was late to dinner. The only seat available happened to be next to that single pastor. I was thirty-four years old; he was forty-one. He spoke Spanish; I did not. But there, alongside the Sea of Galilee, a conversation began. Then a friendship grew, romantic interests blossomed, and twenty months later, we were married.

We made plans. We made choices. Yet God’s sovereign hand guided them all.

We made plans. We made choices. Yet God’s sovereign hand guided them all.

They made plans. They made choices. Yet God’s sovereign hand guided them all. What are your plans? What choices are you making? Consider the following verses:

Life may not have turned out as you had planned, but throw your stone anyway. Let God’s sovereign hand guide you.

Question: What stones are you holding onto and are you ready to surrender them to the Lord? 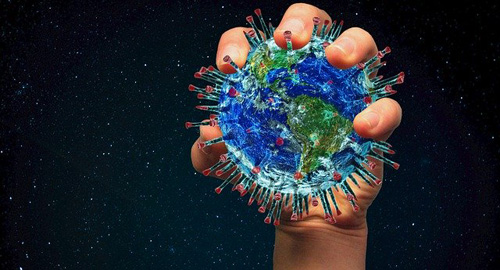 Praying for the Impossible