One morning after I had taught a women’s Bible study on the life of Abigail, wife of Nabal, a woman hustled over to me, elbows swinging. Seeing her body language, I braced myself.

Her argument about my teaching went something like this: “You're wrong! Abigail was most definitely not righteous. By taking matters into her own hands, she shows what happens when a wife steps out from under her husband’s ‘umbrella of authority.’ If Abigail had submitted to Nabal rather than intervening, David would have felt guilty for killing him, and it would have kept him from killing later."

I’d heard this interpretation once before—from Bill Gothard, among others. So how do we figure out how to interpret this story? Was Abigail good or evil?

The text itself gives us the clues we need.

We find the narrative in 1 Samuel 25:2–43. The narrator begins with his assessment: “[Abigail] was both wise and beautiful.” But of Nabal the storyteller says, “But the man was harsh and his deeds were evil” (v. 3). The first clues about how to view this story appear at the beginning.

Now, Nabal was filthy rich, and David’s men had treated his servants well. But when the time came for Nabal to reciprocate, he screamed at the king’s servants: “WHO IS DAVID, AND WHO IS THIS SON OF JESSE? This is a time when many servants are breaking away from their masters! Should I take my bread and my water and my meat that I have slaughtered for my shearers and give them to these men? I don’t even know where they came from!”

Whoa. As they say in Texas, “Them’s fightin’ words!”
When David heard how Nabal had dissed him, he rounded up four hundred men. His plan: wipe out Nabal and every one of his children and slaves. Nabal was totally outnumbered.
Fortunately, one of Abigail’s servants told her what Nabal had done. This slave provided the backstory about how David’s men had treated Nabal’s servants with utter kindness and deserved better from Nabal. The servant needed Abigail to intervene, or he would die along with the rest.
Abigail chose to act. But it wasn’t just her own neck she sought to save. It was hers, and her kids', and her servants'—and her evil husband's!
Abigail was no rebel. She was a peacemaker. And as such, she put together enough food for the army and sent her servants ahead of her. But she did not tell her husband. Nabal would have tried to stop her, and a lot of innocent people would have died.
Riding on her donkey, the equivalent to a Mercedes, she went down to meet David and his men. By the time she met up with him, David was good and worked up over Nabal's insults. David planned to kill all the men in any way associated with Nabal’s household
When Abigail met David, she showed the humility her husband should have exhibited. She “got down off her high horse,” threw herself to the ground, fell at his feet and pleaded with David. And notice how much she talked about the Lord: “Please forgive the sin of your servant, for the Lord will certainly establish the house of my lord, because my lord fights the battles of the Lord. May no evil be found in you all your days! When someone sets out to chase you and to take your life, the life of my lord will be wrapped securely in the bag of the living by the Lord your God. But he will sling away the lives of your enemies from the sling’s pocket! The Lord will do for my lord everything that he promised you, and he will make you a leader over Israel. Your conscience will not be overwhelmed with guilt for having poured out innocent blood and for having taken matters into your own hands. When the Lord has granted my lord success, please remember your servant.”
Did you catch that? Abigail was focused on God. And she considered it evil to “take matters into your own hands”—the very action for which she is accused by contemporary critics. So…either this story is full of extreme irony or Abigail is a model of righteousness.
Notice the future king's "God talk." He said, “Praised be the Lord, the God of Israel, who has sent you this day to meet me! Praised be your good judgment! May you yourself be rewarded for having prevented me this day from shedding blood and taking matters into my own hands! Otherwise, as surely as the Lord, the God of Israel, lives—he who has prevented me from harming you—if you had not come so quickly to meet me, by morning’s light not even one male belonging to Nabal would have remained alive!”
Did you catch that? David saw Abigail’s actions as preventing him from sin, as wise, and as guided by the Lord himself.
A less honest wife would have hidden her actions from her man. But once everyone was out of danger, she summoned the courage to tell Nabal what she'd done—after he had sobered up, that is. And her words made him flip out so intensely that he had a stroke. Literally. Utter rage exploded in his head.
And again David saw the circumstances as being from God. When he heard about Nabal’s death, he exclaimed, “Praised be the Lord who has vindicated me and avenged the insult that I suffered from Nabal! The Lord has kept his servant from doing evil, and he has repaid Nabal for his evil deeds.” David was so impressed with Abigail and how God used her that he sent for her to marry her.
So how do we know how to interpret this story? The text itself gives us the clues we need to see the point-of-view of the narrator: Abigail was beautiful inside and out, and the hand of the Lord was on her and on David. As is often true of Bible stories, the text interprets itself.
Aside from learning hermeneutics in Abigail's story, we can also learn from Abigail's life. Although suffering in an abusive marriage, Abigail protected others from harm rather than thinking only of herself. She refused to cover for Nabal's sin, and she retained her voice in the situation. Sounds like a timely message, huh?
Post Views: 1,870 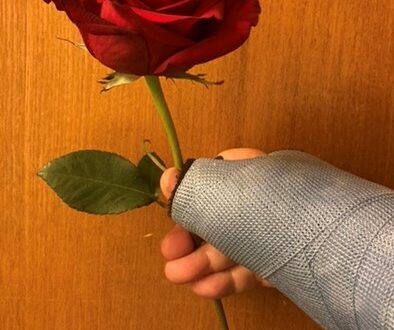 Lessons from a Blue Cast 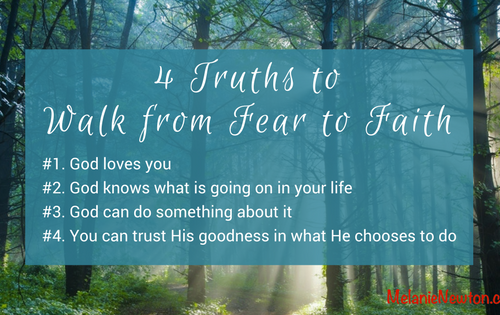