The power of words to hurt and offend seems limitless, as Sandra Glahn and I have learned both in life and in the comments from our blogs about “what not to say.” [See Infertility: People Say the Dumbest Things and What Not to Say When Someone is Grieving.]

I came across a new list of What Not to Say About Adoption from a single dad blogger. With some editing, here is his contribution:

1. Never, ever, ever, ask how much a child costs. This includes the phrase, “How much did you pay for him?” First of all, it’s none of your business. Second of all, if you’re interested in adoption, research it through the appropriate channels. Speak with an adoption agency. Adoptive parents don’t purchase children. They simply pay legal fees and agency fees. Just like biological parents pay hospital and doctor bills. Don’t turn the child into nothing more than a commodity.

2. Never ask if a celebrity inspired the adoption. Believe it or not, Tom Cruise, Connie Chung, and Angelina Jolie did not convince me one way or the other in the biggest decision of my life. Are you serious?

3. Never ask “Where is his real dad?” Forget the fact that it will hurt my feelings. How do you think it will affect my son’s feelings to feel like I’m not a real dad to him? Adoptive parents are real parents. The term you’re looking for is “birth mother” or “birth father.”

4. Don’t say things like, “As soon as you adopt you’re going to get pregnant” when you find out somebody is adopting. First of all, there are usually many, many years of pain and financial burden strapped to infertility, treatments, and heartache. Do you really think that what you’re saying will help them? Secondly, while it is funny when it happens, it’s rare.

5. Never say, “Why did she give him away?” Do I really need to explain why this one would hurt a child? The proper term is “placed.” A birth mother and birth father place their child for adoption. And again, it’s personal and none of your business, so don’t ask if you aren’t my BFF.

6. Don’t say, “It’s like he’s your real son.” This is similar to number three, but worthy of mentioning. He is my real son.

7. Don’t say, “Do you love him as if he was your own?” Ummm… probably more than you love your little terror, that’s for sure. And again… he is my own.

8. Never say things like, “You’re so wonderful to adopt a child.” I am a parent. Just like anybody else with kids.

9. Don’t start spewing your horrible adoption stories. “This one time, my friend’s sister’s aunt’s dog’s previous owner’s niece adopted a baby and the real dad came back and they took the baby away after they had him for two years.” First of all, it probably isn’t true. Second of all, how would you feel if I told you about all the ways you could lose your child? Adoption is permanent. And in the extremely rare circumstances that something like that happens, it’s not something you should spread because the hurt that exists for all the parties involved must be immeasurable.

10. Don’t say things like, “Is it hard for him to be adopted?” Well, it wasn’t, until you asked me that right in front of him, you thoughtless soul.

11. I don’t want to hear about your second cousin who was on a waiting list for twelve years and never got a baby. Granted, this one was much more annoying when we were going through the adoption process. Nobody wants to know that some people never get chosen. Show some kindness. Even to ugly people.

Some of our dearest friends have grown their families through adoption, and they have their own contributions to make, such as, “How can you ever love your adopted child as much as your biological children?” (Because the heart just grows bigger that way. Because the same God who adopted us into His family loves us just as much as the natural kids. Because love grows from the heart, not from the uterus.)

I am grateful for the input from people who have been on the receiving end of thoughtless comments and questions to help the rest of us be more loving in the way we interact with others.

Do you have anything to add to this list? 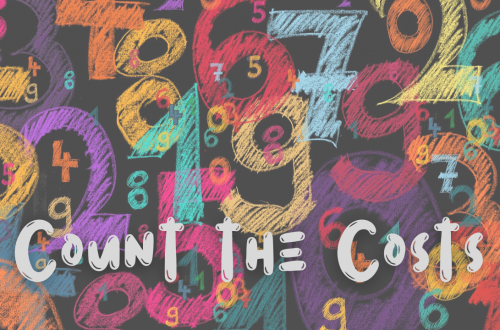 Let’s chat about the price of following Christ…

The Horrible Choice in Dallas