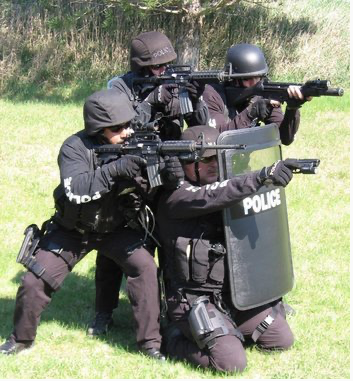 We have all seen and been around the regular policeman wearing the standard-issue police uniform. We realize that they are to protect and serve, and we feel safer when they are around. However, a Special Weapons And Tactics (SWAT) Police officer in full gear may make us feel somewhat uncomfortable. Perhaps we are just not accustomed to seeing such weaponry and no-nonsense attitude in our law enforcement officers. However, they are indispensable when dealing with more than your typical criminal.

While the regular police officer is more than equipped for the average citizen that decides to break the law, the SWAT police force is essential for dealing with more vicious criminals, particularly when they have a hostage situation. Similarly, we have discussed the “standard issue” Christian weaponry for dealing with sin in ABC’s Parts I-III. This article will describe the Spiritual Weapons, and Tactics (SWAT) equipped believers in the Body of Christ. Those equipped with these tactics may make us feel uncomfortable – similar to the way we might feel if a SWAT Police officer in full gear walked into our church! In fact, those that have been called to this role in the church have often been misunderstood and consequently ignored or rejected to the church’s harm.

Nevertheless, this extra gifting (1) does not mean that they should think they are superior. Many do until they reach Phase V (1), but actually, they should receive less honor (1 Corinthians 12:23-25). Think about it – have you seen many U.S. Navy Seals taking a bow in public for the covert missions they perform? Similarly, SWAT Christians carry out their mission and then blend into the church until needed, again.

Recall, if we yield to sin, we can allow Satan to have a foothold (Ephesians 4:27) in our life, and with repetition of this sin, it will become a stronghold (2 Corinthians 10:4). Again, you know you have a stronghold when you have no peace in not doing the sin – that you are being pressured by Satan to commit – and no peace if you do commit the sin.

To help understand this concept, think of our spirit, soul, and body (1) construction (1 Thessalonians 5:23) as a medieval castle with the inner building representing our spirit, the courtyard our spiritual heart, the inner wall our soul, and the outer wall and surrounding moat our body. If the enemy attacks us with our moat and wall intact, then we simply chase him off with our ABC’S Part I (1) weapons while living at peace in our soul and spirit. However, if we yield to the sin, a breach is created in the moat and outer wall by the enemy, thus creating a foothold. At this point, we could still drive the enemy off with the ABC’s Part I and ABC’s Part II (1) weapons, but it will likely take more persistence to repair the wall and moat.

However, if we continue to yield to and practice this sin, then the enemy will create an opening in the inner wall and gain access to our spiritual hearts. At this point, the sin is habitual (i.e., we have learned it by spiritual heart) and have a stronghold just outside the building of our spirit. Realize, the enemy cannot penetrate into the inner building (i.e., our Spirit) and take possession of it. However, the enemy can keep us from having any peace in our lives by constantly battling the walls of our spirit while occupying our spiritual heart! The ABC’S Part III (1) weapons will be able to bring us rest as we learn to strengthen our spiritual heart by focusing on and drawing strength from Jesus who, by the Holy Spirit, lives within our spirit (Romans 8:9) but not victory.

So, how can we get the Satanic stronghold out of the courtyard (i.e., our spiritual heart)? We can use the ABC’S Part I, II, and III (1)weapons and win some battles, but we will continue to lose the war. That is, we avoid the sin most of the time but cannot seem to help ourselves because of the insatiate bombarding of our spirits. No amount of practicing the Christian disciplines at this point brings victory (i.e., removal of the stronghold).

Enter the SWAT Christian! The SWAT Christian understands that to evict the strongman, its right (i.e., its authority) to be there must be understood so that it can be removed (Mark 3:27). Once the authority is removed, then the ABC’S Part I, II and III (1) weapons can be utilized to drive it out.

Unfortunately, our enemy is deceptive, and it could be something we did many years back that may even seem unrelated to the present battle that breached the walls. It could have been during trauma (e.g., rape, car accident, etc.) that the enemy moved in just because we were operating in ungodly fear, or it could be that sin of our ancestors breached the walls (Exodus 34:7).

Another way is via what is called an ungodly soul connection. Realize, God designed a Godly soul connection to be established between man and wife via physical intimacy after they are married (Ephesians 5:31). This joining of souls is what allows those that have been married many years to finish each other’s sentences, know what each other wants and desires, etc.

It is an ungodly soul connection that has caused many men and women to be tricked by Satan into thinking they have found their soul mate when they are already married due to the way they feel in their spiritual heart about the other person.

Lastly, the solution for eliminating a stronghold or soul connection is seeking the Lord for what caused it, repenting of the sin, and forgiving all involved including yourself (thus removing the rights of the enemy), and asking God to get rid of it (1 John 1:9) and then agreeing with God by commanding it to go in the:

Authority of the Name of the Lord Jesus Christ (Acts 4:12) and the by the

Blood of the Lord Jesus that paid the price for all our sin (1 John 1:7) and by the

Cross of Calvary where the Lord Jesus bore our curse away (Galatians 3:13) and by the

Spirit of Holiness that raised the Lord Jesus from the dead! (Matthew 12:28)

I command you to go from me as I am loosed from being bound (Luke 13:16) (or them if you are setting a hostage free)!

This article has provided a very brief overview of dealing with strongholds and soul ties. For further understanding and freedom, please read: Healing through Deliverance by Peter Horrobin and Soul Ties by David Cross both published by Ellel Ministries (1)

Links to this series:

Hal has been teaching the Bible for over three decades. Presently, He desires to honor Jesus Christ through this Internet teaching ministry, thereby glorifying the Heavenly Father in the power and presence of the Holy Spirit. He believes, second to cultivating his relationship with God, that raising his family unto the Lord is the most significant task for him while on Earth. Furthermore, Hal believes that being a successful leader in the church or workplace is no substitute for failing to be a successful leader at home. 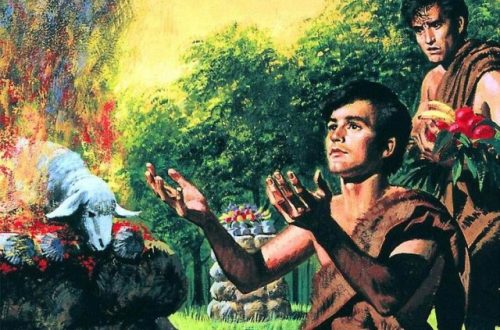 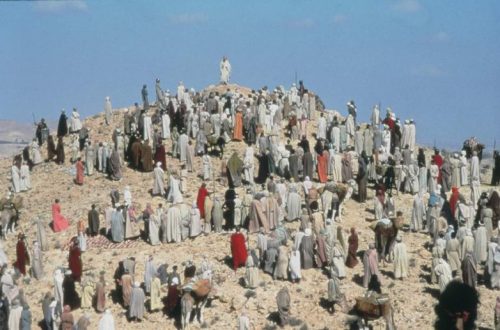 The Beautiful Attitudes – Part I: Blessed are the Poor in Spirit