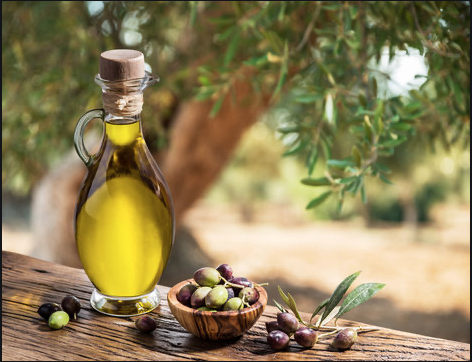 Part of the beauty of the Olive Tree consists in its greenness, it is always green; few trees that bear fruit are like the Olive in this respect. (5)

Olive oil is produced by growing olive trees [see graphic above], harvesting the olives (at around September time frame), crushing them with an oil press, and collecting the golden juice. This process started about 5000 years ago, and its popularity and worth have increased ever since. Olive oil was used as cooking oil, food, lighting fuel, soap making, religious ceremonies, and medicinal use.  Its production was one of the major sources of income in Israel over thousands of years, including in modern times when olive oil is an essential ingredient in Middle Eastern cuisine. During the Roman and Byzantine periods, the number of oil presses was in the thousands; many farmers had their own private installations, and larger public industrial complexes generated a vast amount of olive oil. (3)

“The olive oil production process was based on two major steps. The first step involved crushing the olives using a crushing stone and then collecting them into a basket. The second step is done on another installation: the basket is pressed with force, extracting the oil out of the crushed olives and collecting the juice into a storing vat. There were different types of machines that were used to crush the olives and then press the oil out of the crushed olives. They differed in their size, method of operation, use of human or animal power, infrastructure, and capacity. Most of the oil presses had a single crushing stone and basin, and one or two pressing devices.” (3)

The olive crusher (graphic above) used a large rolling stone to crush the olives.  The stone was held upright by an axis, which was connected to a long handle. The handle was pushed by humans or animals. The mashing stone rolled along a cavity on the circumference of the base, crushing the olives. The crushed olives would then be collected into a basket and then further processed by the olive press. (3)

The olive press device was the second step in olive oil production, where the crushed olives were pressed with force in order to extract their juice. (3)

“This is a typical lever-based oil press (see graphic above) which was in use in the Biblical periods. Later the oil press evolved into other types of machines. In this oil press, a stone weight was tied to the edge of the wooden lever, pushing the lever down. The use of a lever exerts a large force over a small distance. The force of the lever pushed a flat stone down on a basket, which contained the olives. The stone squeezed the basket, extracting the precious olive oil unto the round grooves of a basin stone. The juice flowed down along these grooves, out through an outlet in the basin, and down into a collecting vat. The olive juice contained water and oil. After a few days, the lighter oil in the juice floats above the water, and it is then collected and stored in jars.” (3)

In biblical times there were three pressings of olives during this process, each with a unique application:

Typological Meaning of Olive Oil in the Anointing

This is the way that Jesus Christ did His work: in the power of the Holy Spirit. And what a wonderful, wonderful, wonderful lesson it is for us, that the very same power that Jesus Christ used in His life is available to all Christians! And the very thing that caused Jesus to be a bright and shining light, and caused Jesus to be the light of the world, causes us to be the light of the world. Hallelujah!

Furthermore, the branches abiding in that central shaft that produce light are covered with buds and flowers, and fruit. That is, just as we abide in Him, and we bear light, when we abide in Him, we bear fruit.

And that is all: that is the only business we have in the world is to bear light and to bear fruit. We are not generators producing light. We just bear light – that is all. And we are not the vine; we are just the branch. We don’t produce the fruit; we just bear the fruit. (1) And so there is only one thing necessary for us to do – and that is to abide in Jesus. Jesus is our Lord, our Life, and our Light! (4)

On the Day of Pentecost (1), when the Holy Spirit (1) was poured out, there sat upon every man’s head what? Cloven tongues of fire. You see, the Lord, when He poured out the oil, He lit the fire (Matthew 3:11). That is what it is all about, that we are to be the light of the world. We are those six branches, now unified with that one central branch, making perfection. And so all you have to do, dear hearts is to abide and shine; all you have to do is abide and bear fruit. You never saw a lamp trying to burn; it just burns. You never saw a branch trying to bear fruit; it just bears fruit, when it abides in the vine. Jesus said, “You abide in me, and I in you, and then you’re going to bring forth much fruit” (John 15:5). (4)

If this had been a candle, the candle will burn itself out in a while. And the candle gives of its own waxy substance, but the lampstand burns the oil. Is it not time we started burning the oil and stop trying to be a candle? You see, you will not make nearly as much smoke, and you will burn a lot longer. What a beautiful fire it will be when you stop burning the wick and start burning the oil! Again, the oil is a metaphor for the Holy Spirit. (4)

Typological Meaning of Olive Oil in the Meal Offering

Olive oil was also used in the Hebrew sacrificial and offering ceremonies.

The bread dough for a Meal Offering (1) was to be mixed with olive oil, beaten and pounded (1) into the desired shape, and then baked in an oven. 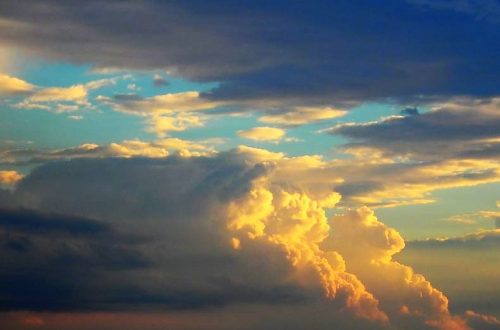 What Can We Make of Jesus, but God Incarnate? (A Christian Conservative Goes to College, part 17) 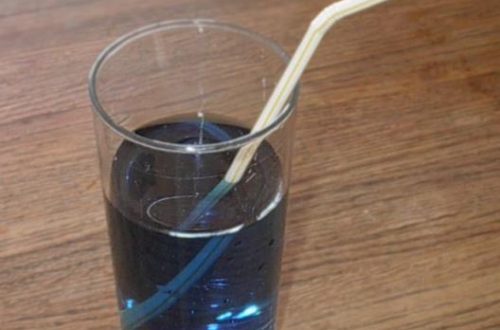 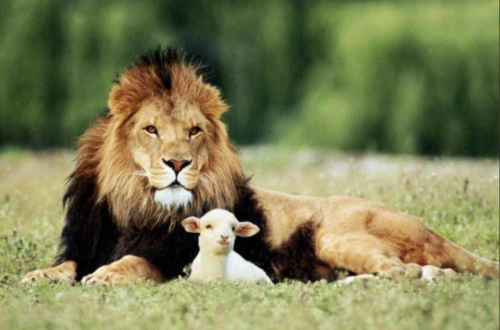 Phase I: Got Your Big Boy Pants On?