Several weeks ago, I wrote about biblical womanhood. Afterward a theologian posed some good questions for clarification. So I’m using that conversation as a Q/A here to help further explain what it means to be a woman as God designed her. His statements are bold; my explanations follow:

You say of woman that, “She is an image-bearer,” but then argue that because “she” is an image-bearer the female bears that image completely in and of herself. The underlying assumption is that an individual human being, whether male or female, carries the whole divine image.

The two image-bearers complete the divine image together only in their mutuality, by animating their natures in a complementary way, which is most fully actualized in and through procreation (Gen. 1:26–27).  This interpretation is borne out in the blessing and mandate of verse 28, “God blessed them and God said to them, Be fruitful and multiply, and fill the earth and subdue it…” It is literally by their extensive reach into the created world through procreation that this first couple subdues and has dominion over it.

I agree about the first couple.

Yet later, when Noah emerged from his voyage with the animals, God does repeat the original imperative to be “fruitful and multiply” (9:1). In both the Garden and after the Flood, God give people instructions to fill the earth. It is worth noting, however, that both pronouncements come at critical junctures when those hearing God’s words are earth’s only human inhabitants. Back in the Garden, ish and issah had been charged with increasing from two to many. Following the flood, Noah, his wife, and six family members, face a similar task. If either our first parents or Noah and his family had failed to procreate, the entire human race could have vanished.

Yet after the Flood, the commands to “multiply and rule” are never repeated. And while some consider “be fruitful and multiply” a timeless command to reproduce biologically, Jesus, John the Baptist, and Paul—to name a few—were unmarried. And as mentioned, the New Testament writers never repeat the mandate to biologically multiply. In fact, the New Testament “seems to turn from a Jewish perspective of marriage to valuing celibacy for the kingdom of God.” All talk of multiplying at the time of the earliest Christians turns to focus on multiplying disciples—reproducing spiritually to fill the earth with worshipers.

With the coming of Christ, however, the emphasis overtly shifts from physical to spiritual reproduction. “Family” is introduced as a metaphor for the spiritual community. Calling non-relatives “brother” and “sister” develops as a new habit, as Jesus says that those who do his will are his mother and sister and brothers. Additionally, single people are more often included among those depicted as righteous in New Testament times. John the Baptist never marries. Nor does Jesus. Anna is a godly woman who never has children (Luke 2:36). And Jesus teaches about a subset of the unmarried saying, “For there are some . . . who became eunuchs for the sake of the kingdom of heaven” (Matt. 19:12). Later, the Lord paints a picture of the future in which there will be no marriage nor being given in marriage (Matt. 22:30). This suggests celibacy foreshadows the eternal state in which there is no need to multiply (because there is no death?).

If Paul was married—and many scholars believe he was widowed—he never mentions it. And his married co-workers, Aquila and Priscilla don’t appear to have had children. In the elder John’s writings, he uses family relationships—spiritual children, youth, and fathers—as metaphors for spiritual maturity (1 John 2). And as mentioned, in Ephesians 5, Paul reveals that an essential purpose in God’s joining of bride and groom is to provide an earthly picture of the heavenly union of Christ and the church. Whether married or single, then, fruitfulness in God’s people is bringing him glory on the earth—working to fill the earth with worshipers.

This is the task and calling of male and female alike. 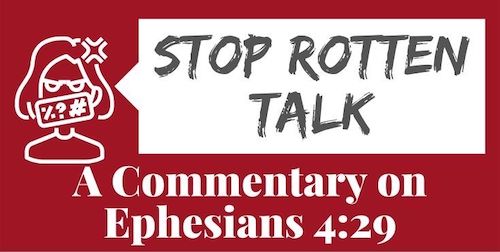