What a woman is.

She is an image-bearer. It was the first day of a class I was teaching on the role of women in the home, church, and society. Driving in to the seminary where I teach, I thought through the material I planned to cover, and honestly I feared that some of what I’d prepared to say was too elementary for graduate-level students. Many of them were raised in church and have heard messages all their lives. Did they really need to hear again that Genesis 1:26–27 teaches that both male and female were made in the image of God? Nevertheless, I determined I’d better make sure.

So I repeated what I assumed they all knew. And sure enough, a woman present was thrilled when she heard my words! She was made in the image of God? And not only that—she did not have to marry to fully image God? Or have children to ultimately image God!? In the days that followed, she changed her focus to concentrate not on finding a husband but on equipping herself for ministry. Her church had warned her of the dangers of radical feminism but had never told her who she was.

I have my students in a sexual ethics class look at curricula that churches have created to explore what it means to be a man or woman of God. And these astute students consistently observe that what most ascribe to manhood and womanhood should actually be ascribed to husbands and wives. The curriculum writers wrongly go to the marriage verses to define what it means to be a man or a woman, and in doing so, they send the erroneous message that humans do not become fully mature until or unless we marry.

But Jesus was a mature person, right? As was John the Baptist. And Paul the apostle. And as were Mary, Martha, and Lazarus of Bethany. If marriage were a requirement to reach full maturity as a male or female, why would Paul ever counsel anyone to remain single (see 1 Cor. 7)?

She is an ezer-warrior. In the next chapter of Genesis, we see something else about woman’s identity. The word God used to describe her is “helper,” but—sadly—people read that word and think of a Hamburger Helper or “mother’s little helper”—or some other person who is capable only of accomplishing menial tasks. And here’s the problem with that. The word is used elsewhere in the Old Testament to refer to nations to whom Israel turns for military assistance when under attack. And even more significantly, it is used in reference to God sixteen times. When we pray, “God, help me!” surely we don’t have a junior assistant in mind.

In every use of “ezer” in the Old Testament, there is military language involved. God is his people’s helper, sword and shield, and deliverer. The ever-present rescuer from trouble. He is better than chariots and horses. He keeps watch like a guard over his people and with His strong arm he overthrows their enemies. That’s the kind of help Genesis describes. So based on the consistent use of this term in the Hebrew Bible, it only makes sense to conclude that God created the woman to be a strong ally—a warrior. Battle is not just for boys; women are called to put on our armor, too (see Ephesians 6). The description of Lady Wisdom personified as a woman in Proverbs 31 is full of battle words—like valor, strength, and prey. Woman is a co-regent and co-heir. Woman is a force to be reckoned with on the battlefield of life.

What Woman is Not

Sometimes we’ve misunderstood some scriptural references that refer to woman. So maybe it would also help if we clarified what woman is not.

Woman is not made to be a baby factory. The original command to be fruitful and multiply was given to woman and man. And the purpose of multiplying was to fill the earth with worshipers. Children are important—sometimes the world diminishes the important job of parenting. But the danger is not only that we will devalue mothering and the home. There is also a danger that we will (1) assume all women must marry and (2) miss what women bring to the church and society. Consider these realities:

A woman does not innately lean toward deceiving—or being deceived. All humans are sinners, but that does not mean that the ways in which our first parents transgressed serves as a prototype illustrating gendered actions for all men and women for all time. So all men are not bald-faced rebellers, and all women are not easily deceived. Genesis emphasized how crafty the serpent was precisely because he had a tough job deceiving the woman whom God made. What is significant about the man and woman in the story is that they both rebelled, not that each demonstrated precisely the approach all men or all women have to sin. Some women seduce, and so do some men. Being seduced by evil is a human thing, not a woman thing—as Paul mentions when warning the Corinthians (2 Cor 11:3). The Bible does not teach that because Eve was deceived, all women are more easily deceived than men. Nor does the Scripture teach that all women excel at seducing and deceiving (these ideas are contradictions, anyway—one cannot be a master of deception while also being easily duped).

“Woman” is not synonymous with “submit.” All humans are made to live in submission to our creator God, as Christ submitted himself to the Father’s will. So in that sense, submission is a human word.

Some people teach that because wives are told to submit to their husbands, ergo at a female’s core she is made for submission to a man—in a way that a man is not made to serve a woman. Where do they get this stuff? Why don’t the same people teach that at a man’s core he is made for sacrificial love in a way that a woman is not—since “love” (actually, not lead) is the corresponding verb given to husbands? Nor do such teachers read Paul’s observation that men in Ephesus needed to stop being angry (1 Tim. 2:8) and assume therefore that all men are innately angry while women are not.

When Paul tells wives to submit, he makes clear that he wants them to do so with their own husbands, not all men, precisely because he is speaking in the context of a role she may take on (wife) and not something innate (woman). The Taliban teaches that all females must submit to all males, but the Old and New Testaments teach nothing of the sort. Submission is always choosing to serve another in the context of a relationship, not a quality that's innate in woman. Once again, as has happened with Genesis 1, we have tended to “extrapolate.” So we’ve taken Paul’s admonition to wives to submit and made that mean women were made for submission. That’s what we call a logical fallacy.

Every women is not created ideally to have a quiet personality. We read in 1 Peter 3 about wives married to disobedient husbands in a world in which these wives cannot go to a woman’s shelter if they are abused. Peter advises such women to refrain from preaching the gospel using words, and instead he counsels them to lean into their silent witness. He speaks of having a gentle, quiet spirit that is so precious to God. But a quiet spirit is precious to God not because it is a female quality, but because it is a character quality—evidence that the soul is at rest. And Paul is certainly not idealizing a quiet personality. Rather, he is talking about a Spirit-directed character trait demonstrated in the face of injustice. To be an outgoing, extraverted woman is not to be un-womanly in God’s eyes; it is un-womanly only in the eyes of the misinformed.

All these truths about what a woman is and is not have ramifications for how we talk about women, treat women, and create partnerships of men and women in the church, home, at work, in society:

o   We must treat every person, male and female, with dignity because they bear God’s image and are precious to him.

o   We must treat others as we would want to be treated—the second Great Commandment. In fact, we are told to treat them as if they were Christ: “I was hungry and you fed me…naked and you clothed me….”

o   We must treat people with respect for their God-given dignity at every stage of life. The imago Dei is why so many Christians are pro-life—because every life, even unborn life, is made in the image of God. But sometimes we fail to see the ramifications of the imago Dei at other stages of life…how we handle domestic violence, homelessness, poverty, bullying, human trafficking, sexual abuse, euthanasia, and so much more.

o   We must stop teaching stereotypes as if they are based in scripture. Jacob cooked stew. Jesus cooked fish. The male deacons—not the women’s ministry—served food to the Greek widows. Paul let himself be beat up in Philippi, and Jesus allowed himself to be stripped and spit on—great insults to manhood. Mary of Bethany sat in the traditional pose of a male seminary student as she studied Torah at Jesus’s feet—and Jesus told the woman who expected her to stay in the kitchen to back off. All these and more suggest that we must always rank following Christ and spiritual priorities higher that conforming to cultural gender norms—even if that culture is the Christian bubble.

o   We must seek to create male/female partnerships instead of segregating everything. Some see involvement of women as a man-fail, but male-and-female partnerships are essential to “subduing the earth” and imago-Dei-ing together. Does your women’s ministry seek male input on the studies you choose? Do all the committees at your church have both men and women providing input? When you invite people to come to the front of the sanctuary for prayer, do you make sure you have both men and women ready to welcome them? (Imagine if a sexually abused woman fears men. Seeing a female to whom she can talk knocks down an unnecessary barrier.)

In a world in which #MeToo and #ChurchToo remind us that brokenness has infiltrated every part of society including the church, the Bible’s truths are absolutely relevant. When God brought ishah (woman) to ish (man), he called their partnership “very good.” Let us show by our words and actions that we believe his words to be true. 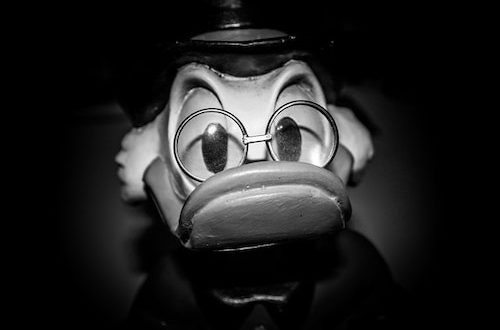 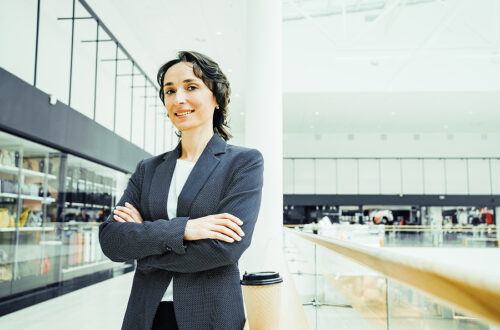 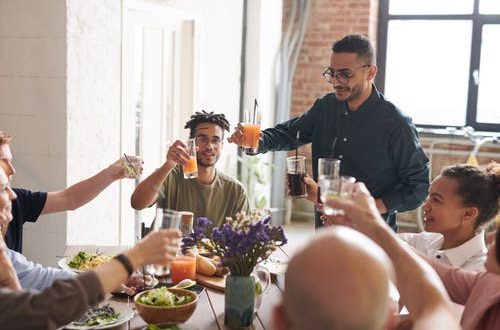