If the person who wrote the publicity materials that accompanied The Myth of Persecution: How Early Christians Invented a Story of Martyrdom (HarperOne, 2013) wanted to provoke readers, the strategy worked.

The lede asserted, “It’s widely accepted that the history of Christianity is steeped in martyrdom. Jesus died on the cross. Most of his Apostles met gory and untimely ends. Many of his early followers were relentlessly and gruesomely persecuted for their beliefs. But what if this history is false? What if many of these stories were systematically exaggerated, forged, and fabricated?” If ever an antecedent mattered, the “this history” is such an instance. The reader assumes that the book will argue that Jesus didn’t die on the cross and that most of his apostles did not meet untimely ends.

The book’s author, Candida Moss (PhD, Yale), Professor of New Testament and Early Christianity at Notre Dame and author of a number of works on martyrdom, argues neither. Rather, in her book’s eight chapters—which come with an introduction, generous footnotes, and an index—she looks only at early Christian stories of persecution. These she analyzes with the eye of a critical historian seeking to determine what “really” happened. In doing so she sets out to convince her reader that the writers of persecution stories fabricated, altered, and embellished their narratives. Interestingly, she never argues that they “invented them.” And Moss makes her case in order to call contemporary Christians to avoid thinking of themselves as having always been persecuted. She believes this history prevents them from engaging in dialogue with and finding common ground with opponents, particularly in the political arena.

In her first chapter, “Martyrdom Before Christianity,” Moss tells a story about how she questioned the events of Jesus’ suffering and death as a young student in a religious studies class. Her teacher appealed to Jesus’ followers’ willingness to suffer and die as evidence for the veracity of their claims. This appeal Moss interprets as her teacher asserting a commonly held belief (in the author’s mind) that only Christians have ever died for their beliefs. Thus, Moss devotes her first chapter to arguing that Christians did not invent the idea of martyrdom (25). But it seems to this reader that she misunderstood her teacher’s logic—or at least the logic of those who appeal to the disciples’ martyrdom as validating the historical events of Christianity. It seems more likely that the apologetic logic goes like this: if the disciples fabricated alie about the resurrection, surely at least one of them would have confessed tothe lie in order to save his own life in the face of death. Jesus’ and the disciples’ martyrdom suggested they truly believed the story about which they gave witness—not that they were the only ones who had ever died for their beliefs. What follows in Moss’s book, then, feels like a straw man. She describes noble deaths from the Trojan War to Socrates to The Maccabees to support her assertion that people other than Christians have died for causes in which they believed and that Christians even “adopted, borrowed, and even directly copied from these other traditions” (53).

The idea of unoriginal work forms the basis for her next chapter, “Borrowing of Jewish and Pagan Traditions.” Moss reveals her theological presuppositions in statements such as, “These sorts of theological discrepancies can be quite alarming for anyone who views the Bible as inerrant” (56). No. They aren’t. And her view of the text affects her understanding of its origins. After arguing that Luke did “heavy-handed editorial work” when borrowing Jesus’ death account from Mark, she makes the outlandish assertion, “Every time someone is referred to or described as dying like Christ they are actually dying like Socrates and the Maccabees” (62). Even if Luke crafted his narrative to emphasize ways in which Jesus was the ultimate philosopher, one must not necessarily see Luke’s doing so as disingenuous as Moss seems to do.

In the author’s third chapter, “Inventing Martyrs in Early Christianity,” Moss gets to the subject her title raises. And the very assertion that early Christians “invented” stories she fails to support. Rather, she concludes, “None of the early Christian martyrdom stories is completely historically accurate. Even if portions of the accounts are possible and even probable, we can’t be sure that they provide us with accurate information” (124). The complete accuracy of martyrdom stories is an altogether different subject from the “invention” of them, and one of somewhat less importance to the Christian practice of Protestants than Roman Catholics. Although Moss has argued that in seeking to debunk the ancient stories, “it’s unfair” indeed “anachronistic” to “hold ancient writers to modern standards of history writing” (93), she goes on to do precisely that. Nevertheless, she concludes her look at embellished stories with the assurance that the presence of alterations “does not mean, however, that there were no martyrs at all or that Christians never died. It is clear that some people were cruelly tortured and brutally executed for reasons that strike us as profoundly unjust. The question is how many” (125). But indeed, the question is not how many. The question this author has raised in her very title is whether Christians, in fact, “invented” the story of martyrdom. The word “invented” suggests they made them all up, or created them. And she herself demonstrates that Christians did not, in fact, invent such stories. Martyrdom did happen and it continues to take place with alarming frequency.

In chapter four, “How Persecuted Were the Early Christians?” Moss concludes that readers should not “underestimate the reality” of persecution (160). This seems to contradict her premise. She even concedes that the earliest Christians were, in fact, tortured and executed in appalling ways. But she challenges the idea that these Christians endured sustained persecution on an imperial or provincial level. While her argumentation about the realities for Christians under Roman rule might prove a helpful corrective, she has so thoroughly downplayed those times when Christians actually did die due to active imperial measures that she makes it difficult for the reader to trust her. Also, although one can concede to a difference in degree between a law that prohibits a Christian from holding office and letting lions devour them, Moss refuses to concede that the former constitutes a form of persecution. Since the imperial government did not target Christians for a sustained period, early Christians, she seems to think, hardly endured difficulty on account of their faith. Additionally, her subtitle asserts that the early Christians themselves invented their story of martyrdom. But in this chapter she argues that the stories were written later than was previously thought and altered or embellished even later. The “early” Christians invented nothing.

In “Why Did the Romans Dislike Christians?” Moss argues that the reputation of Christians in the Roman world was that of recluses who refused to swear oaths and serve in the military. Consequently, their beliefs sometimes led to execution, as would the actions of anyone failing to perform a civic duty. Such killings Moss separates from persecution. But if one defines persecution as suffering for one’s religious beliefs, this reader would argue that their experience would most certainly qualify both as persecution and even martyrdom. So what if the government did not target Christians specifically in such cases?

Moss has built her case that Christians have exaggerated their history of enduring government opposition by limiting what experiences qualify as persecution and martyrdom. She concludes that, except for the climax of the Great Persecution in the early fourth century, nothing in the Roman treatment of early Christians “fits with the commonly held myth of Christian martyrdom” (187). Interestingly, the Great Persecution receives little attention. But if one argues that Christians fabricated the story of their own persecution, doesn’t the reality of a “Great Persecution” deserve a full chapter? She seems to gloss over whatever seems to contradict her argument.

In “Myths about Martyrs,” the author builds a straw man about motivations for enduring martyrdom. Moss asserts that Christians have relied on God’s judgment and revenge to vindicate them in another world, a mentality she perceives as wrong. But throughout the New Testament believers find teachings that instruct them to leave revenge to the just judge. Indeed, a biblical motivation for refraining from taking one’s own revenge is trust in God’s ability to ultimately right all wrongs (Rom 12.19).

Moss also criticizes Christians for considering their own martyrs as superior to other types of martyrs because they seemingly believe their own have more noble motivations. She challenges the idea that “they do not have any interest in or expectation of reward in the hereafter” (213)—a belief about martyrs that she criticizes as overly simplistic. But one wonders if the myth she seeks to debunk actually exists. Trust in a future when a believer will hear “well done” and receive rewards is taught as a noble motivation in the Gospels and 1 Peter, among other places. The Christian expectation of heavenly reward helps them endure, in fact. Jesus even mentions reward as a motivation for enduring (Matt 5.11).

In Moss’s final two chapters she finally arrives at a subject that seems to have motivated her arguments. In “The Invention of the Persecuted Church,” she asserts that persecution stories currently serve as a way to marginalize others and attack those who oppose Christians’ opinions. Yet while some may attack others who disagree, it seems to this writer that the persecution stories more often remind believers that this world will never applaud Christian sexual ethics. And this world will never be their “home,” because God has called Christ-followers, members of another kingdom, to serve on earth as ambassadors. And what believers experience when others oppose them is nothing new or strange.

In “The Dangerous Legacy of the Martyrdom Complex,” Moss criticizes those on the Christian Right for using the religious rhetoric of “holy war” and opposition to build a political case. The Myth of Christian Persecution includes contemporary examples of Rick Santorum and Glenn Beck, thus coming off as a veiled attempt to criticize the Christian right for viewing themselves as being opposed by the “world” and for approaching politics with an “us v. them” mentality. Moss tells a story about hearing a pro-lifer speak of “the world” and its low view of life, and she concludes, “The implication was that pro-lifers are modern-day martyrs and victims of persecution” (251). Interestingly, she chose those words, “martyrs” and “persecution,” not the speaker.

It seems that Moss has drawn on her prowess with historical documents, her ability to write lucid prose, and her thoroughgoing knowledge of first-century backgrounds to argue the existence of a cause-effect reality: persecution stories lead to hard-nosed line-drawing by western Christians. But one is hard pressed to see such a connection. Despite her argument’s many weaknesses, however, Moss does bring a key strength to her work—a commitment to dialogue. Regardless of why Christians on the right tend to speak in “war” and “battle” and “jihad” terms, her assertions that all believers should listen to the opposition, find common ground, tone down inflammatory rhetoric, and dialogue with others whose ideas seem to conflict with the Bible come as timely applications. Though she never states it, her book brings with it a reminder that the One who said the persecuted would be blessed also said, “Blessed are the peacemakers” (Matt. 5.9). 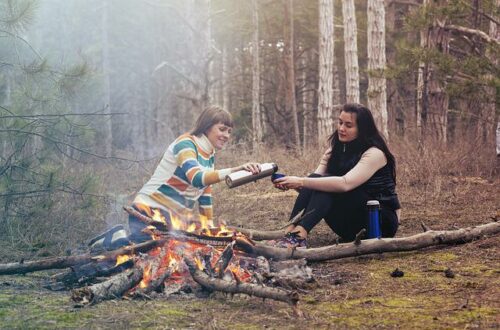 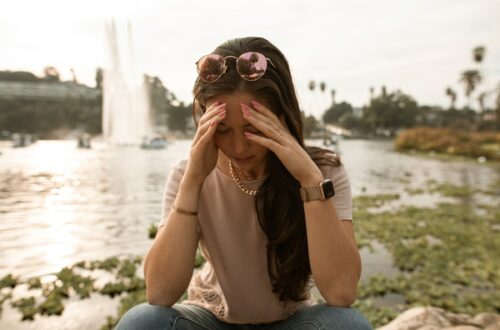 Don’t Beat Yourself Up