"As I looked, thrones were placed, and the Ancient of Days took his seat; his clothing was white as snow, and the hair of his head like pure wool; his throne was fiery flames; its wheels were burning fire." Dan 7:9 (ESV)

"As I looked, thrones were placed, and the Ancient of Days took his seat; his clothing was white as snow, and the hair of his head like pure wool; his throne was fiery flames; its wheels were burning fire." Dan 7:9 (ESV)

Radioactive dating methods provide a basis for some of the most convincing proofs for the Materialist belief that the earth is billions of years old and that life is at least millions of years old. There are several methods. Each method has its own virtues and liabilities. The applicability, accuracy and usefulness of each method deserve scrutiny. The question at hand is whether radioactive dating methods actually support an earth age far beyond what the biblical record suggests.

The Carbon-14 (C14) dating method is useful for dating organic material. Uranium decay is used to date crystal. Rubidium/Strontium decay is generally used to date igneous and metamorphic rock. Potassium/Argon decay is used to measure ages of the "oldest" rocks. The precise methods of decay vary, but the principle for determining age is generally the same. The amounts of parent and daughter isotopes in a sample are measured. The present ratio is compared to the assumed original ratio. The rate of decay is assumed to be relatively constant over time. Once the decay rate is known, the time required to get from original ratio to present ratio is easy to calculate. The assumed original ratio, stability of the decay rate, and the disregard for other factors affecting ratios over time reveal that conventional radioactive dating methods are highly questionable.

Radioactive decay rate is a logarithmic function of time commonly called half-life. Half-life is assumed to be constant and generally unaffected by heat, pressure, magnetic or electric fields, local chemistry or other environmental factors. The initial nuclide (proton and neutron) quantities and relative ratios must be assumed. These assumptions, particularly the notion you can know with any degree of certainly the original nuclide ration, are very bold indeed regardless of your beliefs about the past.

As uranium breaks down it also produces helium atoms. Zircons tend to capture uranium atoms and reject lead. Helium produced during normal alpha decay will leak out of the zirconium crystal over time. The rate of helium leakage depends primarily on temperature. The higher the temperature, the greater the leakage. Temperature increases with depth. Helium leakage can be measured in core samples from various depths down as far as a few miles below the surface. By measuring the amount of remaining helium in samples at specific depth intervals, and knowing temperature at each interval, known leak rate with temperature establishes the activity level and time. Actual helium measurements taken from core samples submitted to independent labs for blind testing revealed that the Earth’s age is roughly 6000 years (±2000 years). [RATE Conference: predicted in 2000, measured in 2001]

The obvious discrepancy between U-PB dating and helium leakage dating in the same samples requires us to look for some way to reconcile. The possibly flawed assumptions with U-PB decay have already been described, so the potential flaws with helium leakage must be considered. Could the temperature have been lower in the past? To fit the billion year model, the temperature at 3 miles below the surface would have to have been somewhere below –40C at the time of formation. Temperature now is about 277C and the Materialist model suggests the temperature would have been higher in the past. Could there be extraneous helium in the samples? Helium diffusion results in less helium, not more. Helium does not diffuse from surrounding biotite into zircons and the average helium content in surrounding biotite is 1/200 that of helium in zircons. Another potential objection is pressure. Pressure at 3 miles down is 1000 atmospheres. The tests were performed in a vacuum. Evolutionary scientists performing the tests did not consider pressure to be a factor due to the hardness of the zircon crystals. Pressure was factored into measurements of mica and biotite from the core samples. The only other known viable argument is that leakage is increased by additional crystal damage due to radioactive decay. Visible crystal damage does not indicate any substantial additional leakage can be caused by subsequent decay events and in no case could it increase the age by more than a factor of two. Helium leakage data firmly supports the validity of a young earth and casts doubt on the widely accepted yet fatally flawed conventional U-PB old earth age measurements.

In addition to alpha and beta decay, various uranium isotopes will also spontaneously decay by fission. With naturally occurring uranium, the half-life is on the order of millions of years. When this occurs, the daughter products will shoot out in opposite directions leaving distinct radiohalo tracks. Daughter products along with size and color of tracks indicate exactly what the original parent element and isotope were. Various rock samples have plentiful fission tracks useful for measuring rock age. Although ages vary from a few million to several hundred million years, the first and most obvious conclusion is that abundant nuclear decay occurred during the formation of the rock strata.

Polonium is another radioactive element which leaves distinct radiohalos when it decays. Polonium is produced as part of the U-Pb alpha decay chain. Polonium-210 (Po210) has a half-life of 138 days. Polonium is easy carried away by hot fluids in the rocks. Rock samples taken at various locations show uranium and polonium halos side by side. This means the halos must have formed at about the same time. This in turn means that about 100 million years worth of uranium decay must have taken place very quickly to produce the amount of polonium indicated. The implication is that uranium decay rates must have been much higher at some point in the past.

In addition to measuring U-Pb decay to date rock, other techniques include measuring K40 to Ar40 decay, Rb87 to Sr87, and Sm147 to Nd147. Geologists do not normally use multiple measurement methods on the same sample. In a blind test, samples from five sites were sent to five different independent high quality labs. Each lab tested its sample using at least three of the methods. In every case there was substantial variation in apparent age depending on method. The results indicate that alpha decay methods indicate lower ages than beta decay methods. Also, heavier element decay methods indicate higher ages than lighter element decay methods. Finally, higher present half-life yielded higher apparent age. These results were consistent and well beyond the margin of error. If the half-life "clocks" all ran at the same rate, they should yield the same age results. The fact they do not indicates decay rates in the past were proportionally faster for heavier and longer half-life elements. This proves the most basic assumption of traditional radioactive dating, consistency of decay rates in the past, is a false assumption.

Another direct contradiction between theory and observation can be found in the age measurements of rock formed in recent Hawaiian lava flows. Underwater lava flows known to have formed and solidified less than two decades ago indicate a U-Pb age in excess of a million years.

Based on the inconsistencies and open assumptions of conventional radioactive dating methods, we now know these methods are not reliable indicators of true age. The mystery of radiohalos and inconsistent decay rate clocks strongly argue for accelerated decay rates in the past. Helium leakage tests provide results consistent with the biblical model without the open assumptions of parent/daughter ratios and other fallacies of radioactive dating methods. The conclusion is that the radioactive dating evidence fails to support any specific old age for the earth and does not actually require an old age for the earth, meanwhile helium leakage data strongly supports an earth age of just a few thousand years. 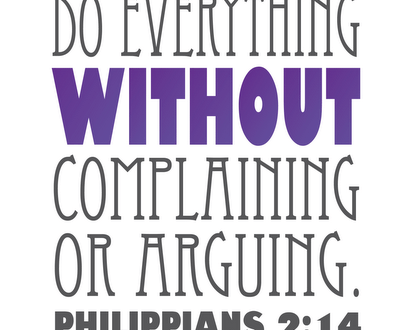 God the Holy Spirit (Part V): The Paradox of the Paraclete