It is typically taught that Jesus waited two more days after hearing that Lazarus (his name means “God helps”) was sick so that he would die and thereby allow God to show more of His glory by raising him from the dead instead of merely healing him. Are those God’s thoughts and ways?

I do not believe Jesus is saying that Lazarus is just sick and will not die (John 11:4).  I do believe Jesus is saying that this sickness will be used to bring glory to God, not glory to death. Furthermore, If Jesus stayed away so that Lazarus would die, that would be a completely different view of God than we see when Moses asked to see His glory.

God declared that His glory is not seen in demonstrations of power but rather in His being merciful, gracious, longsuffering, and abundant in goodness and truth. With that understanding, let us examine the scriptures together to discover the truth in the passage concerning Jesus and the death of Lazarus (John 11:32-37. Psalms 116:15).

First, we need to establish the location of Jesus when the messenger from Mary and Martha arrived.

Where did John the Baptist first baptize?

The first mention of John the Baptist baptizing is at Bethabara on the Eastern side of the Jordon River.

Bethabara means house of the ford, a place on the east bank of the Jordan, where John was baptizing (John 1:28). It may be identical with Bethbarah, the ancient ford of Jordan of which the men of Ephraim took possession (Judges 7:24). The Revised Version reads “Bethany beyond Jordan.” It was the great ford and still bears the name of “the ford,” Makhadhet ‘Abarah, “the ford of crossing over,” about 25 miles from Nazareth. (2)

Second, we establish the location of Mary and Martha.

Bethany means house of dates. A village on the south-eastern slope of the Mount of Olives (Mark 11:1) about 2 miles east of Jerusalem, on the road to Jericho. It derived its name from the number of palm trees which grew there. It was the residence of Lazarus and his two sisters. It is frequently mentioned in connection with memorable incidents in the life of our Lord (Matthew 21:17;26:6. Mark 11:11,12;14:3. Luke 24:50. John 11:1;12:1). It is now known by the name of el-Azariyeh, i.e., “place of Lazarus,” or simply Lazariyeh. Seen from a distance, the village has been described as “remarkably beautiful, the perfection of retirement and repose, of seclusion and lovely peace.” Now a mean village, containing about twenty families. (2)

That is, Mary and Martha were at their home town of Bethany when Lazarus became ill.

The approximate mileage between Bethabara and Bethany is about 20 miles which was considered to be about a day’s journey on foot during this period.  Consequently, it took the news that Lazarus was sick one day to reach Jesus.

Jesus decides to wait in Bethabara two more days after hearing from the messenger that Lazarus is sick.

When the disciples questioned Jesus about going back to Judea, He explains that Lazarus is dead (in the original Greek language it literally says, “Lazarus has died” past tense)

When Jesus arrives at Bethany; He finds that Lazarus has been in the grave for 4 days. Therefore, let us solve this mathematically:

Since Lazarus has been dead for four days and took Jesus four days to arrive at Bethany, the only logical conclusion is that Lazarus must have died shortly after the messenger left Bethany to find Jesus.

Therefore, when Jesus made the decision to continue ministering in Bethabara – Lazarus was already dead! That is, Jesus was not waiting for Lazarus to die but rather waiting to resurrect him!

I believe by waiting for the additional two days, Jesus was showing that God the Father alone was controlling His ministry and not humans or Satan (John 5:19. John 8:28).  Think about it, if God jumped every time something terrible happened, then Satan would control God by simply causing bad things to happen!

Remember, God causes everything Satan does for harm to be used to serve Him; therefore, He does not panic (Romans 8:28,29. Psalms 115:3. Isaiah 40:21-23).  Since Lazarus is already dead, letting him remain that way for a total of four days will make it even more convincing that he is really dead (1) and has not merely passed out (i.e., swooned).

That is, Jesus did not wait for Lazarus to die but rather waited for him to be dead long enough that the Jews and their religious leaders could see that a genuine miracle from God had taken place. Thus providing another sign that Jesus was, is, and ever shall be their long-awaited Messiah!

Typological Meaning of the Four Days

In the West are more accustomed to starting our counting with one; however, similar to scientific communities today, when this was written, they started the count with zero. The result is the third day of scripture would be what we would typically call day four by starting the count with one instead of zero.

Therefore, Lazarus was raised from the dead on day four which is the 3rd day which foreshadows Jesus our Lord and Savior being raised on the third day after four days (1)! 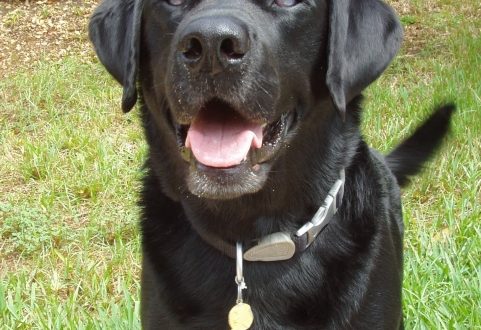 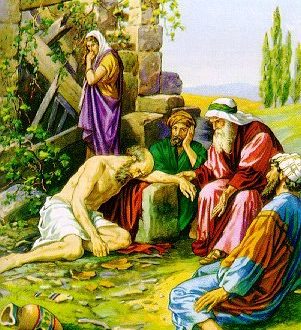 Job, Do not Despise the Wisdom of the Youth! 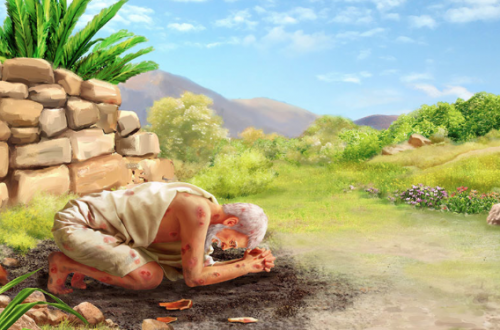 Job, Brokenness is the only Way to Godliness