Fifty-five years ago this week I flew from Philadelphia to Dallas to become a student at Dallas Theological Seminary and enter into the great adventure that transformed me from a rough edged kid into a pastor, professor, and mentor. Amazing! So many rough edges remain, but grace has worked through them despite my flaws.

Three influences at Dallas Theological Seminary (DTS) laid the foundation for God’s grace in me, and I want to celebrate these influences for His glory…

1.  My fellow students, peers who taught more than anyone else, perhaps in all my life.

I sat in the classroom with some of the most ordinary extra-ordinary men (we were only men then) I ever met. Graduates of Yale and Princeton, ex-football players in the Pac 10 Conference, a one-time UCLA basketball player under John Wooden, guys who had been in the military and business, the past president of the student body of the University of Colorado, perhaps the classiest man I ever met. We were from the northeast and the northwest, southern California and the Deep South, the upper Midwest and the southwest, every part of the US.

For a guy from urban, factory-filled Philadelphia, it was an education just to listen to them talk. I had never been in a real restaurant until I came to DTS, but my first Sunday in Dallas I went out for lunch with a bunch of fraternity guys from UCLA. Amazing! I took classes with future college and seminary professors, seminary presidents, missions leaders, world changers, difference-making pastors, spiritual leaders, thought leaders.

Chuck Swindoll, Erwin Lutzer, Don Sunukjian, Joe Stowell, Dave Jeremiah—all were part of the student body during my time at DTS. Some of my peers failed later in life, one committed suicide, some wandered theologically, but they were still the greatest ordinary extra-ordinary guys I ever met.

2.  The DTS curriculum that framed my mind.

It may seem strange that I should single out the curriculum, but I think it is the curriculum more than anything else that makes DTS what it is. Formed by Lewis Sperry Chafer, the founder of DTS, a non-theologian who became a Bible teacher against his will, an unqualified man if there ever was one, to whom God gave the vision of a different kind of seminary, one in which the Bible would be the curriculum and the leader’s spiritual life would be the central concern. And he did it!

He developed a curriculum that accomplished those aims. It was that curriculum that created the framework for my inescapable commitment to Scripture as the core of my life. It is that curriculum, I am convinced, that enabled me to become a church planter and pastor, a seminary professor, and an international teacher and mentor.

How amazing can it be that a twenty-one year old kid from a family where no one graduated from high school, a neighborhood where no one went to college, and a life where no one traveled more than 100 miles from home, would go on to graduate school and a worldwide ministry! And that curriculum formed the DNA of all I am.

3.  The faculty that influenced me.

Howard Hendricks, who also came from my Philadelphia neighborhood and talked about things I never heard before: Bible study methods, making disciples, leadership, the Christian home, and who opened up opportunities I would never have had otherwise.

Haddon Robinson, from the slums of Hell’s Kitchen in New York City, who showed me things about preaching I never knew existed.

Charles Ryrie, a banker’s son from southern Illinois, who forced me to think and define words and become specific about truth.

S. Lewis Johnson, a Southern gentleman and one-time insurance salesman, a brilliant exegete who showed me how to handle the text and discover truth—an amazing group of diverse and transformative men. How I wish I could sit at their feet once again. I can never get too old to learn from them.

From "Fifty-Five Years Ago this Week: the Beginning of it All" on www.leaderformation.org/blog

8 Ways To Guard Against Moral Failure 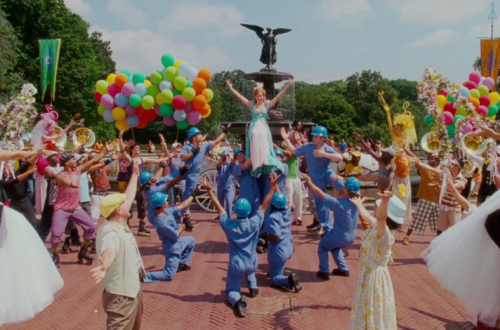 That’s How You Know!