The New Testament views all the old covenant sacrifices as types of the death of Christ. The five sacrifices bring out different aspects and significance of His one sacrificial death on the cross. Lambs sacrificed every morning and evening were the most typical victim, so Jesus is called ‘the Lamb of God, who takes away the sin of the world’ (John 1:29). Indeed, he died at the time of the evening sacrifice. (3)

The second Levitical offering is called a Meal or Grain Offering, the only one that was not a blood offering. The Meal Offering is referred to in the Hebrew text as korban minchah, and literally means “to give a present.” Therefore, the basic concept is that of a gift (Genesis 32:13, 18). It was often used in the context of giving a gift to gain the favor of a superior. It was a tribute of a faithful worshipper to a divine overlord. (2)

Consequently, there is no ground in the Meal Offering for human boasting as though the offerer were received by God on the grounds of human effort. Again, recognizing the person’s unworthiness is emphasized by the fact that meal offerings must be accompanied by a whole burnt offering.

The Meal Offering was sacrificially offered to God in thanksgiving and then given to the priest for the purpose of ministry. It may have been offered either cooked or uncooked. The basic content of the Meal Offering was wheat beaten into a very fine sifted flour (1). However, unsifted barley (1) flour was used in the offering of the woman accused of adultery (Numbers 5:15). (5,7)

Cakes or Wafers of the Meal Offering

There were four cooking options for the finely sifted wheat flour:

There was only one option for the first ripe grain of barley at harvest times during the Feast of First Fruits (1) :

It would be offered as a fine wheat flour along with two items (Leviticus 2:1-3):

Except for the coarse barley meal offerings of a sinner or a woman accused of adultery which had neither (Numbers 5:15), the showbread which required frankincense but not oil, and a meal offering brought with drink offerings that required oil but not frankincense.

Furthermore, two items were never to be added to the Meal Offering that would be offered by fire:

There was one item that was always added to the Meal Offering:

There were nine individual meal offerings, all of them offered upon the Altar, as follows:

Three meal offerings were brought by the congregation:

There were seven sequential steps of the Meal Offering ritual.

The Meal Offering typifies the perfect humanity of the Messiah.

Barley (Hordeum distichon). A cereal grass bearing bearded flower spikes and edible seeds. The common barley, Hordeum distichon, the winter barley, H. hexastichon, and the spring barley, H. vulgare, have been cultivated in temperate regions of the world since time immemorial and today still constitute one of the principal grain foods of man. (2) It is referred to under the Hebrew name of seorah or shoreh, and under the Greek name of krithe. It is the Hordeum distichon of botanists, and belongs to the natural order Gramineæ, the Grass family. It is mentioned along with common and spelt wheat. Oats and rye, being northern plants, did not grow in Israel. (4) Barley is a cereal plant with grain having a nutlike flavor and is high in carbohydrates, with moderate quantities of protein, calcium, and phosphorus and small amounts of B vitamins. (5)

Barley is sown anytime between November and March. The green ears are boiled and served with milk forming a dish frequently eaten in Egypt. The barley harvest takes place in March or April in Israel, depending on the locality. Barley matures faster and produces more prolifically than wheat. It ripens about a month earlier than wheat in Egypt. (2) The hail plague in Egypt destroyed the barley crop because it had ripened; at the same time, wheat and rye had not matured (Exodus 9:31, 32).

Barley is adaptable to a greater range of climates than any other cereal, with varieties suited to temperate, sub-Arctic, or subtropical areas. Although it does best in growing seasons of at least 90 days, it can grow and ripen in a shorter time than any other cereal. Barley has a greater resistance to dry heat than other small grains and thrives in the near-desert areas of North Africa, where it is mainly sown in the autumn. Spring-sown crops are especially successful in the cooler, moist areas of western Europe and North America. (5)

Barley produced a crop even in times of famine (Ruth 1:22; 2:17, 23; 3:2, 15, 17) and sold cheaper than wheat (2 Kings 7:1, 16) Barley on the stalk carries a larger husk with long wiry hair (thus the name in Hebrew means “long hair”) making chaff separation more difficult. The greater likelihood of extraneous matter in the flour combined with the less-liked flavor made barley cheaper. (3)

Barley and wheat were the two staple cereal crops of Egypt and the Holy Land. Barley being less expensive, was mostly used for feeding cattle, although it was also used by itself or mixed with wheat and other seed as food for man (Ezekiel 4:9–12). Barley is mentioned in the Bible 32 times, either as a plant growing in the fields or as products made from it, such as barley meal, barley bread, barley cakes, and barley loaves. (2)

“As the first grain to ripen, barley symbolized spring (Ruth 1:22).

The first omer of barley was reaped on the [Sunday after Passover (1), which was the Feast of Firstfruits (1)], marking the beginning of the spring harvest season (Leviticus. 23:9–15).

As the common food of the poor, barley was also regarded as a symbol of poverty and cheapness or worthlessness (Hosea 3:2). This also explains the use of a small amount of barley meal instead of wheat meal in the jealousy offerings described in Numbers 5:15, indicating to the people the low regard in which the implicated parties were held. It explains the force of the exclamation of shocked insult in Ezekiel 13:19. Present-day bedouins refer to their enemies as “cakes of barley bread” to indicate their utter scorn for them. This helps us interpret the dream of Gideon in Judges 7:13–15: Gideon was a very poor and humble man of the type who would most certainly have been scornfully referred to as a “cake of barley bread” by the haughty Midianites. (2)

Since barley was the staple of the lower classes, failure of the barley harvest or absurdly high prices for barley served as a judgment oracle against the nation (Job 31:40; Revelations 6:6) (6)

“Barley bread was served as food for the common people; and the loaves which were miraculously distributed to the multitude by our Lord were made of barley (John 6:9, 13).” (V)

Since Barley was the Firstfruit of the Feast of Firstfruits (1) it typologically represented that Jesus, our Firstfruit, would come from poor common people.

Barley also represents the people of Israel, the Jews. God did not favor them and chose this people group to be His people because they were the largest, most prestigious nation. Israel, like barley compared to wheat, was the smallest nation. However, it was Jews that were the first to respond to His call, the first fruits (i.e., the first to be born again (Acts 2:1-47).

Israel was a small group of people without great culture or prestige. They possessed no unique personal qualities which would warrant such a choice. The election was an act of God alone. The ultimate cause for that choice lay in the mystery of divine love. (XVII) 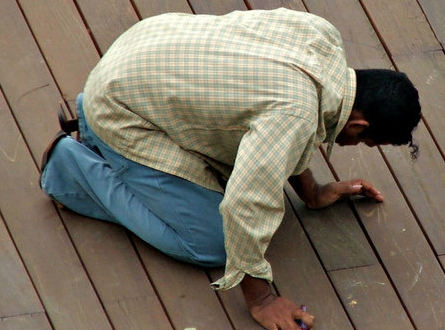 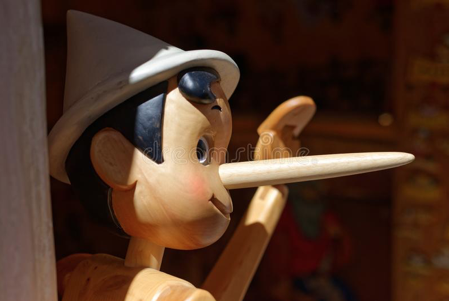