While putting my husband through seminary, I spent nine years in the financial services sector working in Human Resources. The parent company has morphed and divided, but basically it’s an S&P 500 company. So, as you can imagine, we had quite the food chain going.

Initially, I thought of myself as “working a secular job” while my husband was preparing for ministry. I certainly did not view myself as being “in ministry.” Never mind that I had multiple opportunities to minister to my fellow workers—one lost her sister-in-law when a worker in her home murdered her. One guy was surprised I expressed empathy when his marriage ended due to his wife’s infidelity. One heard the gospel and started going to church with us. One asked me to disciple her. Sure, some teased me for being church-girl. But others asked me to pray for them. They invited me to their kids’ weddings. We did company picnics. Went to coffee. Four of the co-workers I used to eat lunch with daily died of HIV-AIDS. For some, I was the only Christian they knew.

Yet in those days in the Bible Belt, if someone went to seminary and did not end up working in vocational ministry, people in the seminary and church alike viewed them as selling out. When my husband got his ThM and continued working in law-firm administration, people would describe him as the guy who “went to seminary but didn’t go into ministry.”

Not until our pastor preached through Colossians about doing all to the glory of God did it dawn on us that when we sent people overseas to do “tent making,” it was called missions, but if we did the same thing in the USA, it was selling out. Why hadn’t we seen it? Our jobs were our ministries.

Being able to earn money doing vocational ministry is a luxury. Paul sometimes had to make tents to support his gospel work—and Priscilla and Aquila with him. The idealized woman in Proverbs 31 has the “torah” of “hesed” on her tongue, true. But she is not doing so vocationally. In terms of income, she’s selling belts and real estate. And the Scriptures hold her up as a model, not a sell-out.

Eventually, I discovered that work was not part of the curse in Genesis 3. The man and woman were given dominion over the earth, to subdue it and till it and manage it—before the Fall. We were made to thrive in our work! And I came to see that such managing had many dimensions. What if everyone in the world became a pastor or missionary? We’d have no farms or medicines or food production…  Pulitzer winner Studs Terkel in his 1974 book, Working, provided a written record of oral histories from people who worked all kinds of jobs and talked about how they felt about them. Their stories captivated me as I read of the many ways in which people make culture and contribute to the good of society. Some save whales. Some work on production lines. Some wait tables. Some manage portfolios. Some are landlords. And we need all of these and more!

What do you do with your time? What is your vocation? Some midwives doing their work for God ended up saving Moses (Ex. 1:17ff). My father-in-law considers his job as a meteorologist a calling. Our dentist, a believer, came in on a weekend to fix a tooth on the day of our family member’s memorial service—and he never sent a bill. Our friend who manages properties views his work as holy, helping those he can. There are many holy callings in the world.

Our family attends a church that never has a senior pastor; our leadership is elders and a preaching team. Consequently, when our daughter had open-heart surgery, nobody thought, “The pastor will visit her…” They knew if they didn’t show up to do the work of ministry, no one else would “handle it.” Her hospital room was often full of people, because our fellow congregants' mentality was (and is)  “we are all ministers.”

Even if you aren’t doing paid vocational ministry, you have a purpose and calling. Your work matters to God. Ministry is not what a select few do all day—it is what every Christian is called to do.

Next time: How to View Work as a Mission Field 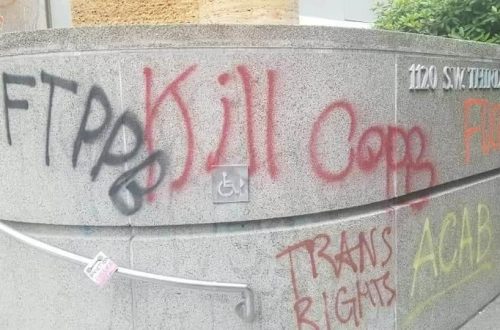 Marvel Comics v. Jordan Peterson: one of the world’s most dangerous profs podcasts his journey to faith and draws heavy fire