Happy Labor Day! I hope everyone is having a great holiday! I am taking the day off also, so here is something I wrote several years ago soon after the adoption of my oldest son (with a little editing from present-day me). Enjoy your day!

Happy Labor Day! I hope everyone is having a great holiday! I am taking the day off also, so here is something I wrote several years ago soon after the adoption of my oldest son (with a little editing from present-day me). Enjoy your day!

The most heart-wrenching weeks of
my life began on and ended on May 12 of the same year. It is known among parents who adopt
internationally as "the waiting period." I like to call it the "already, not
yet" dispensation of adoptive parenthood.
For those of us who adopt from , the experience is
especially difficult because it was a two-trip process. Thus in March of 2003, Darren and I
traveled to
to meet the child with whom we had been matched, be interviewed by Russian officials,
and begin the paperwork process for a court date. On that trip we had four meetings with Jacob
(then called Andrei), all of which totaled maybe 3 hours, but it only took a
moment to fall in love with him and know in our souls that he was our son. The first time I held him, he laughed and
grabbed onto my finger; my heart was pounding and all I could utter was,
"He’s beautiful." The next day
we left his city and two days after that we were on a plane heading back home, with
only the time line of "about three months" until we would return to
bring him home.

It was difficult to eat and I bawled
as the plane took off and I left Russia and my son. The next few
weeks were not much different. We looked
at pictures and video and shared them with friends and family and waited for
the phone call. The waiting was
excruciating. We filled our time with
work and school and preparing for Jacob’s homecoming, but the lump in our
throats was always there and the tears were always waiting under the surface. The little guy we had spent only 3 hours with
was constantly in our thoughts–our hearts and arms ached for him. Oftentimes I felt lonely, overwhelmingly
lonely. Like something was not right,
like he should be with me at the store or in the car or at the dinner table.
Like my son was living thousands of miles away in a Russian orphanage rather
than five feet away in his bedroom. I
simply missed him. He was already my
son in my heart and soul, but not yet my son in a legal document.

I wonder if all of us who live
between the ascension and return of our Savior don’t experience this same loneliness
for Jesus? I love to celebrate his
resurrection at Easter for it is the risen Lord who gives me life, but I
wonder if we sometimes overlook the implications of his ascension into
heaven. Do we ever stop to think about
what that means for us? Now, I am firmly Trinitarian and am grateful and
certainly aware of the work of the Spirit in my life and in the Church…….but (dare
I say it?): I miss Jesus. I am sometimes overwhelmingly lonely and
longing to see him. It’s hard to admit
and difficult to say, but he is my Savior and Lord and I belong with Him. Life on earth, stilled marred by my own sin
and that of the world, is difficult.
Just like I longed to be reunited with my son, I ache to be united with
my Savior without any separation affecting our relationship. And just like the waiting time during our
adoption, I should now be busy preparing for Christ’s return, without denying
how desperately I miss him. We often speak theologically about the realities of this time we live in–the time between the two advents of our Lord–but we rarely acknowledge the emotional impact of this era of Christian history.

Our adoption story has a happy
ending; as I write this Jacob is sleeping in his room five feet away. On at , I walked across a stage and received my master’s diploma; 6
hours later we were on a plane to to see our son again. It was mother’s day when we landed in . Two days later we had custody of Jacob and a
Russian birth certificate declaring us as his parents. What was true in our hearts even before the
moment we saw him, was now legally binding, and will be true forever. And what was true before the ascension of
Jesus—that those who believe in him belong to him and with him—will one day be
a physical and actual reality when we are united with him for eternity.

When we left Jacob at the orphanage
at the end of our first trip, we whispered in his ear "Mommy and Daddy
always come back." Jesus has given
his followers a similar promise. During
our "waiting time" it is important to rejoice in what he has and will
accomplish for us and to live in obedient pursuit of his renown, but oftentimes
we should stop and recognize the ache in our heart that reminds us of just how much
we miss our Savior and long for his return. 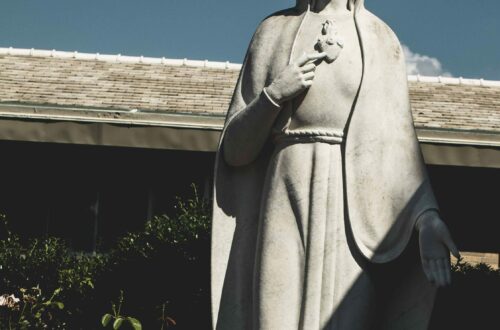 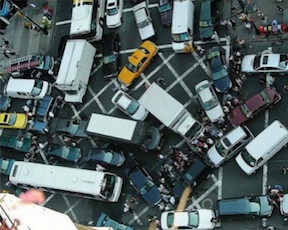