I spent the past week with a bunch of my theological colleagues at the annual meeting of the Evangelical Theological Society. Everybody who belongs to the ETS annually signs a statement affirming their belief in the inerrancy of Scripture. And at the national conference, presenters read papers, which they often publish afterward.

And I heard some interesting content. Here’s a sampling of some stuff to know:

Was it really all about the alcohol? My student Dani (she has guest-posted here in the past) presented for the first time. Her topic was the woman (named Abigail) whom Jonathan Edwards publicly excommunicated. This woman's name has been known for only the past three years. And a little stealth digging on Dani's part revealed enough about Abigail's genealogy to raise questions about whether Edwards might have had political reasons in addition to spiritual ones for going after this woman for alcoholism.

Song of Songs.Timothy Paul Erdel from Bethel College presented “Exploring the Garden of Feminine Motifs in Song of Songs.” He walked listeners through how the female in the Song is dark (due to outdoor work) but lovely, having no beauty that the beloved should desire her. She is faithful only to him, while he says he has a whole harem, though she is still the best. He knocks on her door at night, and when she does not answer quickly enough, he leaves; she risks her safety running out into the night pursuing him. All of this, Erdel argued, suggests that perhaps those seeing analogies to the Christ/church relationship in Song of Songs might have been looking at the wrong person in the drama to typify the Christ figure.

Women as disciples. David E. Malick looked at Mark 15:40–41, which speaks of the women looking on from a distance as Jesus suffers. These women are described as having “followed” Jesus  and “ministered to” him. Malick traced the use of the words “follow” and “minister” throughout the Gospel of Mark and showed how the author used these same words to depict serious disciples. Simon and Andrew left nets and “followed.” Jesus called Levi, saying, “Follow me.” In Galilee a great number “followed” (Mk 3:7; 5:24; 6:1). Jesus told the crowds, “If anyone wishes to follow me…” (8:34). Bartimaeus began following him on the way (10:52).  These are only a few of the many examples. Malick then traced the word “ministered” with the same results. But he also noted that sometimes when a woman is in view, the translators go with “waited on” or “served” instead of “ministered” (e.g., 1:34; 15:41). He concluded that women as depicted by Mark do “whatever disciples may do on behalf of their teachers,” which might include table service, but it may actually include other forms of self-denying sacrifice.

About “women keep silent” two chapters after “woman pray and prophesy.” Philip B. Payne showed photos he took of select symbols in Codex Vaticanus, regarded as the oldest extant manuscript of the Greek Bible. Seriously, old. As in, the Codex Vaticanus Gospels may be as old as the second century. (Vaticanus is named after its place of conservation in the Vatican Library, where it has been kept for more than six centuries). The photos were of symbols or spaces the scribe consistently used to indicate wherever spurious text had been added—seventeen uses in all of a specific kind of mark where additions appeared. And the marks appeared in the same peach ink as the rest of the original manuscript, so it’s not like the marks got added by some medieval scribe centuries later. And interestingly, there is a space-mark to indicate at 1 Corinthians 14:34–35 (“Let the women keep silent in the churches…”) that this wording was added to the original. Months ago, I had seen info about this, and I sent it for vetting to my favorite complementarian Greek scholars. They said the NT blog sites have been lit up about it.

Jesus, Justice and #MeToo. The presentation which I found the most earth-shaking came from the husband/wife team Jacob and Rachael Denhollander. Jacob is a PhD student at the Baptist seminary in Louisville, and Rachael is a lawyer, TIME 100 honoree, and a 2018 Glamour Woman of the Year. But she is probably best known as the former gymnast who was the first woman to publicly accuse Larry Nassar of sexual assault (i.e., #shero #rockstar #courage #bravery!). Perhaps you saw the news footage of her in court talking about forgiveness and justice—talking about Jesus. One of my students and I chatted with her after she read the paper. We wanted her thoughts on reconciling Paul’s concern over Christians taking our beefs (largely petty civil concerns) to court vs. prosecuting for crimes we are obligated to report and seeking justice.

Anyway, the Denhollanders' presentation was on “Justice: The Foundational of a Christian Approach to Abuse.” It was so good. They agreed to let my friends at Fathom Magazine publish the full paper, so it's accessible to all. It went up last night. (Follow the link on the name of the paper.) I strongly encourage you to read their work.

When I took the Lord's Supper a few days later, it was much more meaningful in light of what they had to say about the atonement and the Trinity and the ramifications for justice. 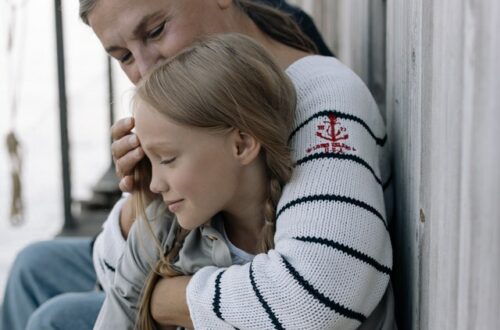 What Not to Say When Someone is Grieving – Take Two