Matthew 25:31–46 forms part of the lectionary readings for the twenty–fifth Sunday after Pentecost, which is November 22nd. Chapters 24 and 25 comprise the last of the five discourses in the first Synoptic Gospel.

Because Jesus was sitting on the Mount of Olives when He taught this material to His disciples, it has been called the Olivet Discourse. It contains some of the most noteworthy prophetic passages in all of Scripture.

In the parable of the fig tree (vv. 32–35), Jesus said that as the buds of a fig tree tell that summer is near, so signs will tell that the Messiah’s return is imminent. Then, in verses 36–44, Jesus said that only the Father knew the time of His return. The coming of the Son of Man would be so sudden that the wicked and the righteous would be instantly separated.

Each of these parables, however, has a slightly different slant. In the parable of the 10 virgins, Jesus called His disciples to exercise foresight and wisdom as they prepared themselves for His return.

In the final parable that Jesus delivered on the Mount of Olives, He provided a few details about what His return would be like. First, Jesus would come in “glory” (v. 31), or divine splendor, no longer simply appearing as an ordinary man.

Second, the Son would bring with Him “all the angels,” who would no doubt serve as His assistants. Third, Jesus would “sit on his throne in heavenly glory,” meaning He would rule in splendor.

Once Jesus was seated on His throne, all the nations would be gathered in His presence. He would then separate them as a shepherd separates sheep from goats (Matt. 25:32).

In other words, the purpose of the judgment would be to separate the righteous from the wicked. Only God could do that with perfect justice.

Shepherding was a prominent occupation in ancient Palestine. Shepherds had to make sure that their master’s flock was provided for and protected.

Shepherds would lead their animals to good pasturelands and ample sources of water. They would find adequate shelter for their flocks and assist any crippled or exhausted animals. If necessary, shepherds would risk their own lives to ensure the safety of the flock.

Jesus compared the separation of humans to the way a shepherd would separate sheep from goats. In ancient Palestine, sheep and goats often grazed together during the day.

When night came, however, the flock was herded into separate folds. That was because the goats, unlike the sheep, could not easily endure the cooler night air and so had to be grouped to keep warm.

The point of the comparison lies in the fact that sheep and goats were separated at the end of the day. As the shepherd of judgment, Jesus would put the “sheep” on His right and the “goats” on His left (v. 33).

There are two primary ways of understanding Jesus’ parable. Some say the “nations” (v. 32) refer to all peoples, while others claim they refer to Gentiles only. One group thinks the judgment occurs at the conclusion of history. In contrast, the second group says it takes place when Jesus comes to set up a kingdom on earth.

The remainder of Jesus’ parable describes what He would do with the sheep (or the righteous) and the goats (or the wicked) once He had them separated. First, He commented on the sheep (Matt. 25:34–40) and then the goats (vv. 41–45).

While seated on His throne, Jesus would reign and judge as King. He would address those on His right side as “blessed by my Father” (v. 34). God would favor them in the blessing they received as an inheritance from Him, namely, the kingdom of heaven.

Jesus described this Kingdom as having been “prepared for you since the creation of the world.” All along it has been a part of God’s plan to bless the righteous with His kingdom. Upon the Messiah’s return, it would be time for the plan’s fulfillment.

The kingdom of God embraces all who walk in fellowship with the Lord and do His will. It is governed by the Creator’s laws, which are summed up in our duty to love God supremely and love others as ourselves.

Also, this Kingdom, which was announced by the prophets and introduced by Jesus, would one day displace all the kingdoms of this world, following the return of the Redeemer.

How can formerly sinful people share in the divine Kingdom? It’s because they have trusted in God’s Son, whom He sent to earth to die for humanity’s transgressions (John 3:16).

The believers’ place in God’s kingdom is assured because they are forgiven in baptismal union with the Messiah (Eph 1:7). Furthermore, their hope of salvation is sure because it rests on the redemptive work of Christ (1 Pet 1:3–5).

Jesus said the righteous would inherit the Kingdom because of the way they have treated Him. They would have met His needs for food, drink, shelter, clothing, nursing, and visitation (Matt 25:35–36). These are things that anyone at any time in any society can understand, for they are the common concerns of life everywhere.

So, the test of faith that stands Jesus’ inspection would be how we performed deeds of mercy, love, and kindness. After all, this is what Jesus did for people while He was here on earth.

In turn, Jesus righteous sheep follow His example. They show that their faith is practical and touches the lives of hurting people.

Clearly, then, valid Christian faith is more than saying the right prayers or singing the correct hymns. It includes standing alongside people in the harshest circumstances.

Jesus called His sheep the “righteous” (v. 37). They were upright because of their faith in the Redeemer. Also, their lives were marked by righteous living because they cared for people in need.

The righteous ask a series of good questions in verses 37–39. In their position, we too might wonder when we ever had an opportunity to do such things for Jesus.

Here we see that Jesus wants us to show His love to others. Even the simplest act of kindness to the seemingly most insignificant person meets with God’s approval and will be rewarded.

Jesus said that the deeds the righteous had done “for one of the least of these brothers and sisters of mine” (v. 40) were done for Him. In other words, service done for Jesus’ needy followers is the same as service done for Him. This is an astounding truth, for it radically transforms our motivation for performing deeds of mercy.

There has been much discussion about the identity of the “brothers and sisters.” Some have said they are the Jews; others say they are all Christians; still others say they are suffering people everywhere. Such a debate is much like the lawyer’s earlier question to Jesus, “And who is my neighbor?” (Luke 10:29).

The point of Jesus’ parable is not the who, but rather the what. Put differently, it is the importance of serving where service is needed.

The focus of this story about the sheep and the goats is that we should love every person and serve anyone we can. Such compassion and kindness glorifies God by reflecting our love for Him.

Just as the righteous would inherit the Kingdom by providing for Jesus’ needs, the wicked would be consigned to hell for not meeting His needs. They had the same opportunities to give Him food, drink, and other necessities, but they chose not to do so (vv. 42–43).

For those who spurned Christ, all that remained was for the Lord to condemn them. It will be a terrifying scene when He issues a verdict of guilty against the unsaved.

The wicked would be just as mystified as the righteous about when they had the opportunities that Jesus mentioned. They would ask when they chosen not to help the Lord (v. 44).

The wicked didn’t realize that the basis for judgment would be whether they showed love to others, whom God created in His image (1 John 3:14–18). Jesus’ solemn reply would be that refusing to help others in need was the same as refusing to help Him (Matt 25:45).

Verse 46 concludes both the story of the sheep and the goats. The wicked and righteous have radically different futures. The first group is eternally condemned, while the second group is eternally blessed. Moreover, Jesus’ judgments would be beyond appeal.

The New Testament teaches that our deeds of kindness in and of themselves cannot secure us everlasting life. Yet, Scripture also teaches that when faith is real, it must, of necessity, express itself through a lifestyle of concern for others.

For example, James 2:17 reminds us that faith by itself, if it has no works, is dead. So, if our commitment to the Father is real, it will show in our actions. Clearly, then, our serving and meeting the needs of others is not a substitute for our faith in the Son, but an affirmation of our trust in Him.

1. Acts of mercy. Jesus’ parable of the sheep and the goats describes acts of mercy we all can do—feeding the hungry, giving drinks to the thirsty, welcoming strangers, clothing the naked, taking care of the sick, and visiting the imprisoned. None of these deeds of kindness depend on our being wealthy, skillful, or intelligent. They are simply demonstrations of mercy and compassion that are freely received and given.

2. Acts of belief. The most genuine evidence of our belief in the Son is in the way we act, especially toward those who need our help. Jesus calls us to treat others as if they were Him.

Of course, carrying out the preceding mandate is not an easy task. Yet, what we do for others indicates what we really think about Jesus’ words: “Amen I tell you: Just as you did it for one of the least of these brothers and sister of mine, you did it for me” (Matt 25:40).

3. Acts of concern. God wants us to have sincere, heartfelt concern for our fellow human beings, and especially for our brothers and sisters in Christ. Because of the command to “love your neighbor as yourself” (22:39), we have no excuse to neglect those around us who have deep needs.

Neither can we hand over the responsibility of caring and helping to our government, or even to our church. Jesus demands our personal involvement in caring for others’ needs. 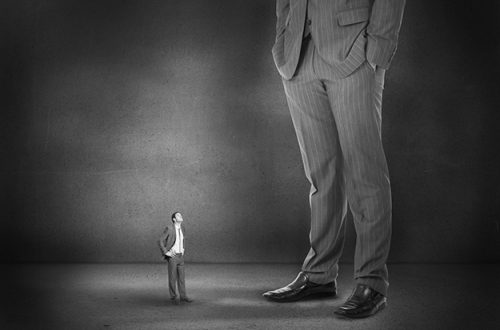 The Giants Are Going And The Pygmies Must Take Over 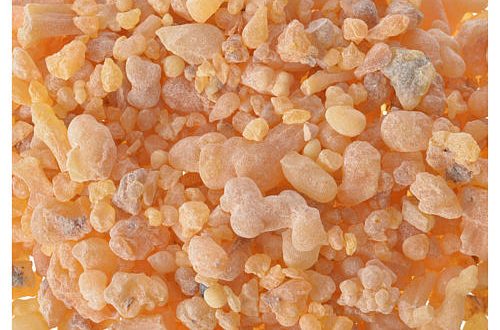 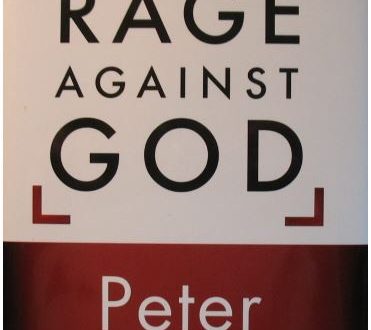 Book Review: “The Rage Against God” by Peter Hitchens