For this post I’m delighted to have as my guest Dr. Lynn H. Cohick, author and Professor of New Testament at Wheaton College and Graduate School. I require Dr. Cohick’s terrific work, Women in the World of the Earliest Christians, for students in my Role of Women in Ministry class at DTS.

Today Zondervan released her latest book, a work on Philippians in The Story of God Bible Commentary series. I'm enthusiastic about this new series because of its emphasis on narrative.

Before we talk specifically about your writing on the book of Philippians, what can you tell us about this new The Story of God Bible Commentary?

The commentary series is an exciting venture. It is very intentional about reading the individual Bible book from some important vantage points.

First, it reads each book as part of a whole—the whole New Testament (NT) and the whole Bible, New Testament and Old Testament (OT).  In my case, I looked at Philippians not just as a letter sent to a first-century church in Philippi, but in light of Paul’s letters to other churches; in light of the gospels’ declaration of Jesus’ ministry and work on the cross; and in light of the church’s convictions on the “rule of faith” or creed that Jesus is the Son of God, the second person of the Trinity, the one who redeems the world and will return again, who is the firstborn of many who will share in his bodily resurrection. And I looked at how Paul’s message to the Philippians drew on the OT, as Paul alludes to the books of Isaiah and Daniel, for example.

Third, this commentary stresses that the individual reader is part of God’s story too. The Story of God commentary series puts front and center God’s invitation within Scripture to participate in His grand story, as servants of Christ. God’s story invites us in. We learn that we are not writing our own story, but God is writing on us and in us his magnificent story for all the ages and forevermore.

I often had in my mind my parents as I wrote this book. They are lay leaders, coming to faith in their late 30s with little Bible knowledge up to that point. They are active in ministry and need a commentary that meets them where they are serving. I also thought about my students and my children, who are in their 20s, who are fired up for Jesus, and who want something in hand that gives insight clearly and quickly. And frankly, I also had in my mind friends who are not Christians, perhaps even of another faith, who might yet be interested to see what Paul wrote. I want Paul’s words to be clearly understood by someone who is not part of the “insider” group or who knows insider lingo.

What is the importance of this particular book in the Bible—Philippians?

Perhaps of greatest importance in this relatively short letter is Paul’s weaving together the nature of Christ (fully God and fully human) and the nature of His church as following his servant modeling. Paul casts a beautiful image of the unity of believers through the power of new life in Christ. Paul extends this picture of a believer’s new life into the next life, where with resurrected, transformed bodies we enjoy Christ’s presence forever. Paul stresses that believers will be transformed when Christ returns, with their own bodies raised immortal. I find many of my students are amazed at this teaching, although the church has declared it in the creeds, “we believe in the resurrection of the body.” But I think too often believers imagine life after death as sitting on a cloud, being somewhat disembodied like a ghost, and singing hymns all day and night. For many, including me, that sounds a bit dull. Yet the new heavens and new earth will be very much alive, and on this new or renewed earth we will live in our resurrected bodies. It is because of this eternal perspective that Paul can stress over and over again to rejoice in the Lord. Two other important aspects of Philippians deserve mention.

First, Paul thanks the Philippians for being a part of his ministry and supporting him financially since they first met. Apparently no other church did that. What a testimony for today—that witness of perseverance and constancy of friendship.

Second, Paul does not hold grudges. He knows that there are some out there who are taking advantage of his inactivity—he’s in prison, perhaps in Rome, although he does not tell us exactly in the letter. Perhaps some Christians in Rome are slandering him by saying something like “I wonder why God has Paul in prison; sure is restricting his witness. Do you think perhaps God is unhappy with Paul’s message?” Paul lets it run like water of a duck’s back. He does not care if he is personally attacked. I find that generous spirit often lacking today, especially in the anonymity of the blog world. Christians take pot shots at each other and often speculate on moral reasons for decisions taken, impugning character.

Paul wrote Philippians as a personal letter. He was vulnerable and honest about the ups and downs of ministry. How is that valuable information, for the Philippians and for us?

Often we think of Paul as the Invincible apostle, with his claim “for me, to live is Christ and to die is gain.” But Paul is clear that he cannot say this by his own power, only in the strength of the Lord. Moreover, while he is prepared to give his life for Christ, he also fully acknowledges the pain of death—the death of friends such as Epaphroditus. He notes his great sadness at the prospect of this co-worker’s death, and rejoices that God spared Paul great sorrow by healing Epaphroditus. This shows, I think, Paul’s realistic understanding of the pain and sorrow that is part of our human existence now, and this makes his call to rejoice all the more poignant because he is not sweeping pain under the rug. Instead, in the face of real sorrow, he centers his mind on the sure hope of Christ’s return and victory over this suffering and death.

Paul encouraged the church to greater fellowship, to more unity. How do you see this as a relevant challenge to today’s church?

Paul pictures the Christian life as being a member of a team whose coach is Jesus Christ. It is not only that one’s personal sins are forgiven by Christ’s work on the cross and resurrection, but also that new life is granted to each believer. This new life begins now, in a new family—the family of God. Each believer is equipped with gifts to help this family. Such a vision can fly in the face of American individualism that stresses “me and Jesus.” Nevertheless, Paul insists that it is “us and Jesus,” that personal salvation includes community membership and responsibility.

You say that the goal of union with Christ is not a happier, more prosperous life here and now. What would you say is the goal?

Paul is very invested in this world because of his hope in the next. By that I mean, Paul embraces the sufferings that come from a life of service to others in Christ’s name, because in this obedient self-giving, he operates with the power of the resurrection. As an illustration, I have run in a few road races. When I was tired toward the end of the race, if I let my gaze fall down to a few feet in front of me, I began to slow down and think of stopping. But if I lifted my eyes to the horizon and the promise of the finish line, I kept my pace. Paul wants believers to keep their eyes raised to the horizon, from which our Savior will return.

One of the most famous verses in Philippians is 4:13: “I can do all things through Christ who strengthens me.” You say this has been misquoted and misinterpreted many times. What do you believe to be Paul’s original intention?

In Paul’s day, the philosophy of Stoicism was popular. It stressed the power of the mind or reason to overcome all passions. Paul does not embrace this goal, rather he is passionate for Christ, he struggles with his churches, and he longs for Christ’s return. The “all things” in this passage refers to the many struggles and joys that Paul experiences in his ministry; it does not imply that Paul can pick any goal and God will automatically bless it. In the specific context of this quotation, Paul reassures the Philippians that their gift has great impact, but that if they had been unable to make this financial gift, still God would have provided. Paul’s strength comes from Christ, and Paul’s needs are met by God—and sometimes God uses the Philippians to meet the needs of their friend and apostle, Paul. 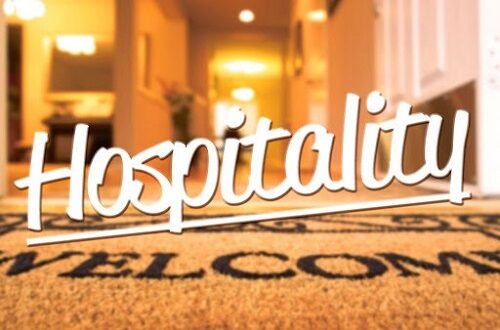 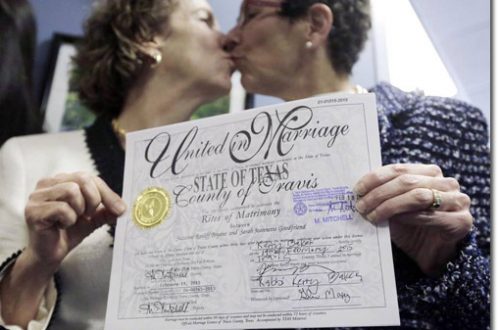 How Should We Think About Texas’ First Same Sex Wedding?