From New Zealand to New York City, the world celebrated the beginning of not only a new year, but a new decade on January 1, 2020. Something exciting stirs within us at the prospect of something new. We are drawn to the fresh start and clean slate it provides. Whether the first page of a new journal, the fragrance of a new car, the butterflies of a new relationship, the opening chapter of a new book, or the scent of a new baby, “new” evokes a feeling of hope.

We seek to make the most of our new opportunities, whether big or small, and begin to reflect on what’s to come. We resolve to spend less time binging on Netflix, consuming carbs, and acting out of frustration. We elect to have better habits like more Bible reading, green veggies, and exercise. We choose words like joy, hope, and prayer to focus our mind and attitudes. As important as it is to anticipate the future, it is equally as vital to look back and remember.

The book of Joshua opens with the children of Israel getting ready to embark on their own new “decade” – the final leg of their journey to the land of promise. With the blessing of Moses and the commissioning of Yahweh, Joshua began his tenure as Israel’s new leader (Deut 34:9; Josh 1:1-9). Yahweh assured Joshua, “Just as I was with Moses, so I will be with you. I will not leave you or forsake you” (Josh 1:5). He embraced his new role among the people, and determined to lead them with courage and strength as they faced a new land and new battles.

The first hurdle which stood in their way of entering the land of promise was the raging flood waters of the Jordan River. The Jordan River normally flowed about 100 feet wide, roughly the length of two and half school buses. The Israelites, however, crossed the Jordan at the time of barley harvest (March-April), causing the waters to surge at flood level (some scholars think anywhere from 300-600 feet; Josh 3:15, 4:19).

Imagine standing at the brink of such a current and hearing your new leader say, “Put your foot in. Yahweh will part the water.” Surely the priests remembered the stories of Moses lifting his staff and extending his arms to part the Red Sea forty years earlier (Ex 14:16, 19). Joshua, however, mentions nothing of the sort, instead calling the priests to first get wet.

In faith, the men obey and Yahweh acts. The moment the priests “dip” their feet at the water’s edge, they became part of the miracle. From their left to right, the waters pushed back like an accordian, drying up the river bed from Adam to Jericho, roughly eighteen miles, allowing millions of Israelites to cross on dry ground (Josh 3:16-17). If there was ever any doubt regarding Yahweh’s faithfulness toward his people, heaps of water and dry ground are their proof.

Amid this miracle, Joshua commanded twelve representatives from the twelve tribes of Israel to return to the middle of the riverbed and each select a stone (Josh 4:4-6). These stones would serve as a memorial to the manifestation of Yahweh’s deliverance from the wilderness and entrance into the land of promise.

Twelve heavy rocks became a teaching tool for mothers to tell sons, fathers to tell daughters, grandparents to tell grandchildren, neighbors to tell friends, and generations to tell generations of Yahweh’s continual power and provision for his people (Josh 4:6, 22). Twelve memorial stones became a reminder for Yahweh’s people to “fear the Lord your God forever” (Josh 4:24).

The children of Israel endured forty years of countless mountain top moments and dark valleys as they learned the character of their God. At the end of that time, Yahweh called them to reflect, remember, and retell of his goodness.

As you look toward your new decade, may I challenge you to do the same.

Pausing to reflect on the past, while often difficult, allows us to remember the unchanging character of God. Remembering allows us to refocus on God’s truth regardless of what uncertainty might lie ahead. In the retelling, our lives become a living testimony of God’s faithfulness to the generations.

Gaze upon your memorial stone and remember Yahweh’s words to Joshua ring true for you as well, “The Lord your God is with you wherever you go” (Josh 1:9). 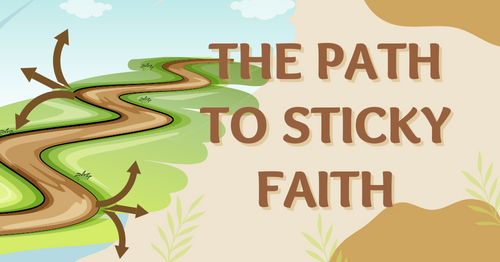 The Path to Sticky Faith 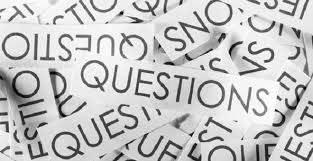 The Value of a Question – What is your question?