Because I coauthored The Contraception Guidebook (Zondervan/Christian Med. Assn), and contraception has been in the news lately, I have received some requests to add my two cents to the contraception conversation. It’s not my favorite topic, but I do have some opinions. And they are moderate, which tends to hack off those at both ends of the spectrum. But here goes.

·      Do I think contraception is of the devil? No. I think it is a gift from God. It can be abused, but that does not make it evil.

·      Do I think all Christians who choose to use contraception lack trust in God? No.

·      Much oral contraceptive use is about something other than preventing babies. Ask any woman who is doubled over with cramps or has had a laparoscopy for endometriosis or has a serious acne problem or irregular periods. I went on the pill for a while after I lost my seventh pregnancy and then had an ectopic. I did so precisely because I held a high view of life—I didn’t want any more embryos to die in the tomb that was my uterus.

·      Does it bother me that Christians through the ages have generally opposed contraception? No. Some of the methods they opposed were downright unhygienic, and I would have opposed them, too. Does the Bible say anything on the subject? Not specifically. Yes, it says children are a gift from the Lord. But they are not the main gift or the only gift, and using contraception does not necessarily mean one is “refusing the gift.”

·      I see the purpose of marriage as oneness (“two shall become one”—see Genesis 1 and Ephesians 5), not reproduction. Reproduction is a gift and a blessing, but not the end goal of marriage. If reproduction were the goal, I would expect to see Paul in 1 Corinthians 7 mentioning a focus on baby making in addition to what he says about sex meeting needs; and I would expect Song of Songs to have at least one reference to the potential for little Shulamites. But instead it's all about pleasure.

·      I think couples can choose to be childless without devaluing marriage or being out of God’s will. Just as some choose not to marry for the sake of the kingdom, people can determine that having children is not the best option for them, all things considered.

·      I think a lot of middle- and upper-class people lack compassion toward lower-class people on the issue of insurance coverage for contraception. Hormones usually require monitoring, and monitoring involves doctors. And doctors cost money. Not everyone has money.

·      I think it’s offensive when men are the primary commentators on issues that primarily affect women for the same reason that women should not be the primary spokespersons for erectile dysfunction. The ones who have the periods, deal with the endometriosis and cramps, use the tampons and/or pads, take the pills, use the sponges or the Nuva rings… we should be the ones leading this conversation. I’m not at all suggesting men should not weigh in on the topic. But when men are the primary speakers here, they tend to have an instant credibility problem. This topic is one where we should see men and women partnering to speak.

·      When people do speak on the topic, they need to watch their rhetoric. Saying that women wanting insurance coverage for contraception are “helpless without Uncle Sugar coming in and providing for them a prescription each month for birth control because they cannot control their libido or their reproductive system without the help of government”—is offensive. I have taken the pill. I have wanted insurance to cover it. And I did not do either because my libido was out of control or I needed Uncle Sugar. I wanted insurance to cover it so I could afford to keep doing ministry. My insurance covered abortion. It seemed only fair, then, that it also cover meeting my pro-life reproductive needs as well.

·      I despise abortion.  Abortion rates go down when contraceptive use goes up. If we oppose baby-killing, it stands to reason that we should support preventing the creation of unwanted children. We are not enabling people. They are going to have sex, regardless, as the stats have shown. The question is whether they will also conceive.

·      We should never assume that someone who uses contraception takes a low view of human life. In most cases of which I am aware, people use contraception because they have a high view. They want to avoid abortion, provide for their families, and give the children they do have their love and care. And such choices are not about devaluing life (or materialism, as some accuse).

·      Part of showing mercy to the poor or those less fortunate is helping impoverished people who wish to limit family size have the ability easily to do so.

·      I believe life begins at fertilization and that a zygote, being made in the image of God, is endowed with full rights of personhood. Doing unto others and speaking for those who can’t speak for themselves means defending the human who is too tiny and undeveloped to speak for him- or herself. It is far better to prevent the creation of an unwanted/unplanned pregnancy than to destroy one. The debate is not over when life begins. Even the secular medical books concede that human life begins when the DNA from male and female gametes align. The debate is over whether the fully human zygote is a person and thus has rights of personhood.

·      We cannot assert with confidence that the pill causes abortion. There are a lot of “more sure than right” dogmatic statements being thrown around about this. The same hormone required to make a woman ovulate is what prepares the uterine lining. So if breakthrough ovulation happens, the uterus is probably prepared—which explains why many of us have friends who conceived while on the pill and carried to term. My doctor friends tell me that if the uterine lining were improperly prepared in such cases, we would see a much higher incidence of “uterine attachment” issues with women who have conceived while on the pill. And we just don’t see that.

For my take on whether the pill causes abortion, see this post:   Aspire2 Blog: Does the Pill Cause Abortion?  And then this Tapestry post about pills and abortion. (The journal article a commenter referenced in the latter does not appear to exist.)

·      If Jesus is the TRUTH, we need to have higher standards of storytelling on this issue. But only if we want to be like him. (Sarcasm alert.)

·      Rhythm is actually an effective method when used diligently. (In countries where that’s the only viable option, it’s surprisingly more effective than in the USA.) But I still don’t really recommend it unless the couple is committed to “outercourse.” With the rhythm method, during the one time of the month when a woman typically experiences the most pleasure, intercourse is out. So if the couple is inactive at this time, she may live in a perpetual state of sexual frustration. Thus, it seems that the one method most Christians approve is the only one that expressly contradicts 1 Corinthians 7. Ironic.

·      What do I think about Plan B? It’s complicated. See this post:  Aspire2 Blog: Does Plan B Cause Abortion?

Humans made in the image of God have a responsibility to their Creator and their community to prayerfully seek wisdom about their family building options. Are you wrestling with questions about contraception in your own life? Pray with your spouse, committing your most intimate details to Christ. Do you need to show someone grace on this issue? We do find such a variety of people and opinions in God’s varied pattern book of people, don't we? "Be kind to one another, tenderhearted…" 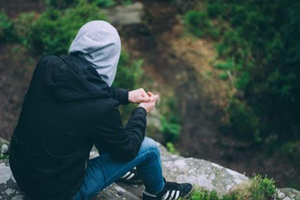