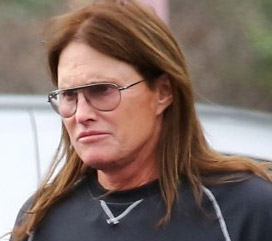 In Bruce Jenner’s recent TV interview with Diane Sawyer, the world-famous former athlete disclosed that “For all intents and purposes, I am a woman.” He’s being widely praised as a courageous hero for normalizing the T in LGBT (lesbian, gay, bi-sexual and transgender).

I have a few thoughts I would love to share with him over a cup of coffee:

Bruce, you said you’ve known since you were young that you felt a mismatch between your insides and your outsides: “My brain is much more female than it is male . . . that’s what my soul is.” I have no doubt this was confusing for you, as a boy so clearly athletically gifted.

May I share a different interpretation of your experience?

Most people think there is a single gender spectrum or continuum that runs from masculinity to femininity. Since God’s Word says that in the beginning, He created humankind male and female (Genesis 1:27), I think there is one spectrum for masculinity and a separate spectrum for femininity, and God chooses what kind of masculine or feminine each baby starts out as. On one end of the masculinity spectrum are the rough-and-tumble, athletic boys who tend to emotional insensitivity—the ones often called “All-American boys.” On the other end, equally masculine albeit a different kind of masculinity, are the creative, artistic, musical, emotionally sensitive boys. Boys and men can be anywhere along that spectrum. And with emotional and especially spiritual growth, they can start taking up more bandwidth. The athletic ones can learn to listen well and show empathy to others; the sensitive ones can learn to be more comfortable with their bodies and feel more like they actually belong to the world of males.

Some, like you, are given the rare gift of possessing almost the whole spectrum at once (like Jesus, I think—a “man’s man” who drew other men to Himself, and the ultimate in creative, artistic and sensitive, since He was the Creator of the universe, of sunsets, and of women!). You were crazy-gifted physically, becoming arguably the world’s best athlete in the 1976 Olympics. And at the same time, you said that you believed God gave you “the soul of a female.”

I don’t think your creative, sensitive soul is that of a female, but of a sensitive, gifted kind of male. This was understood better in earlier days. During the Civil War, General Joshua Chamberlain showed uncommon courage and leadership during the battle of Gettysburg, complemented by deep compassion and respect for others. He would walk the battlefield, seeking out and caring for the casualties. He sat down with the wounded General Sickles to try and cheer him up, who whispered, “General, you have the soul of the lion and the heart of the woman.” Chamberlain, clearly honored by this praise, returned the blessing to the one who gave it.

Bruce, I don’t think God gave you the soul of a female. I think He gave you a body and soul very much like His Son. I think it would be fair to say you have the soul of the lion and the heart of the woman, and that does not detract one whit from your masculinity.

One Christian to another, I want to encourage you to develop an eternal perspective rather than only thinking about the here-and-now earthly life. In your interview, you said, “I couldn’t take the walls constantly closing in on me. If I die. . . I’d be so mad at myself that I didn’t explore that side of me.” But the end of your earthly life is only the last step before entering the glory of eternity. We need to always put more weight on the unseen and eternal rather than the seen and temporal. 2 Corinthians 4:17-18 says, “For momentary, light affliction is producing for us an eternal weight of glory far beyond all comparison, while we look not at the things which are seen, but at the things which are not seen; for the things which are seen are temporal, but the things which are not seen are eternal.” Your unhappiness with your gender identity qualifies as “momentary, light affliction” according to the standard God uses. You will spend the rest of your (eternal) life in your new body, a resurrection body similar to the Lord Jesus’. God chose for you to be male, just as His Son was male, and is still male. So will you be, for all eternity. That should help put your earthly life into perspective.

Bruce, I say this really, really gently: your sense that you are male on the outside and female on the inside is an error of thinking and feeling, not an error based in reality. Dr. Paul McHugh is the psychiatrist who shut down the sex-change surgery program at Johns Hopkins University because they discovered that patients were actually no better off after surgery. According to Dr. McHugh, those who identify as transgender, like you, are like the 78-pound anorexic girl who looks in the mirror and sees a morbidly obese cow. It’s your thinking that needs to be adjusted, not your body. You look in the mirror with your male eyes in a male body, a body that has fathered six children, and you say, “I am really a female.” But Bruce, you’re not. God chose to create you as a male. He made you to be a man.

Like the story of the Emperor’s New Clothes, brother, you are fooling yourself. You can’t change your gender, you can only amputate perfectly healthy, functioning organs and tissue. If you move forward with surgery and continued hormone treatments, everyone will always know that you are Bruce Jenner The Once-Uber Male Athlete, trying to look like a woman.

I recently learned from a computer animator that due to the different bone structures of males and females, men can never walk like women because your hips don’t move like ours do—male hips and pelvis were not created for pregnancy and childbirth. It’s yet another evidence that true sex change is not biologically possible.

Please, Bruce, before going any further down this path, talk to those who have gone down the path you are on, and who deeply regret it. People like Walt Heyer of sexchangeregret.com. People like the very tall female-looking man who told me through tears, in a very long conversation, that he would give anything to go back to the day before his surgery because he now feels like a fraud.

Bruce, our Bible says, “So whether you eat or drink or whatever you do, do it all for the glory of God” (1 Corinthians 10:31). Since God chose to give you the gift of maleness, and He calls you to be a good steward of every gift He places in your hand (1 Corinthians 4:2), please reconsider how you can reject His gift of masculinity to the glory of God.

You can have “the soul of the lion and the heart of the woman”—and be the man God made you to be.

How to sabotage mentoring by being a “good role model” 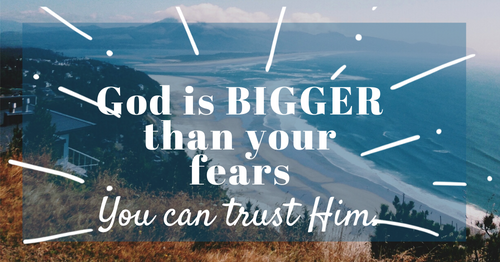 God is BIGGER than your fears