When I read this passionate essay by my friend Destiny Herndon-De La Rosa, I asked if she would be willing to guest blog for me today. Destiny is a wife, mother, writer, and voice for those who cannot speak for themselves, especially the unborn. She can be found at newwavefeminists.blogspot.com

As a mother I’m so blessed. And I hate that word. It implies I’ve done something to receive favor when that’s absolutely not true. I’m average. I’m the norm. I love my children just as much as any mother could. I sacrifice for them like any mother would. That love has never truly been tested, though. By the grace of God, my children’s lives have never been at risk to the point where I had to sacrifice my own life for theirs. Because again, I’m hashtag “blessed.”

I’ve watched friends, people whom I used to have so much in common with, go on tangents about “anchor babies” and immigrant children crossing the border in the dead of night—as if any mother would ever want her child to go through that. They say those families need to wait their turn and enter America legally . . . like any mother would ever send her 6-year-old daughter off to travel a dangerous terrain in the middle of night with a complete stranger because she felt she had any other choice or options.

We all won the birthplace lottery. It’s not our fault, and we needn’t feel guilty, but the least we can do is acknowledge how truly blessed—by very little effort on our part—we are. We have no idea what it’s like to live the way most of the world does. And they don’t need our pity, they need our compassion.

Yesterday, I saw images of a toddler the size of my son, lifelessly washed up onto a distant shore where politics came before people. All I could do was imagine the last moments his mother had with him. I became obsessed. It replayed on a reel in my mind, over and over again . . . She’s gasping for air, not for herself but because she knows if she drowns his life will ultimately be lost too. She’s fighting to survive far beyond what she would do for herself. She’s fighting to keep him alive.

I cannot even begin to fathom the level of panic she must’ve felt in those final moments. There are no words to describe the sheer horror of facing your own demise while also sacrificing your defenseless child to the sea. But far too many people will not look at this precious boy, his dead body swept up onto a beach, and see the desperation of their fellow man. Instead they will see a political agenda, or a leader they hate, or a race they fear.

But I beg of you, don’t be one of them. See the humanity in these people who are just like you; these mothers, fathers, sister and brothers. They might speak a different language but they are not a different species. They are just like us. They could be us. And one day, they might be us.

These mothers are, were, and will continue to be so incredibly desperate to give their children that which we take for granted every day—a safe home, a roof over their heads, and enough food that their children are not kept awake at night because of hunger.

So what can we do? Do we simply stop complaining for a day and revel in our abundant blessings? Or do we realize that we were given much so we can give much? (Luke 12:48) Every bit of excess we take for granted, someone else desperately needs to survive. Every extra bite we put into our mouths, someone on the other side of the world is literally dying for. The time of global ambivalence is over. We’re far too connected for that. We see the need right in front of our eyes every day. We’re only a Facebook click away from people on other continents who have a fraction of what we find a way to complain about. We see the suffering and we can’t change the channel or ignore it any longer, because now we’re connected to it—these people are our friends—and we must act.

Love your neighbor—above all else, truly love them. That’s the one resounding message Christ asked us to live out. Beyond our politics, race, comfort zone, or traditions, He told us to love. If you are a mother, truly see these other mothers as yourself. If you are a father, put yourself in the shoes of a man on the other side of the world who doesn’t have any. Try to imagine what it would be like to come home to children you cannot feed. Realize that while you can protect your children because you live in a place with alarm systems and law enforcement, that’s a luxury. You take it for granted, but maybe that man’s child would be alive today if he had the protection you do.

It’s time we stop looking at people as foreigners and realized we are all displaced. As long as we live on this current earth, none of us are in our final home. The least we can do is bless others as we’ve been blessed in the meantime. Undeservingly. 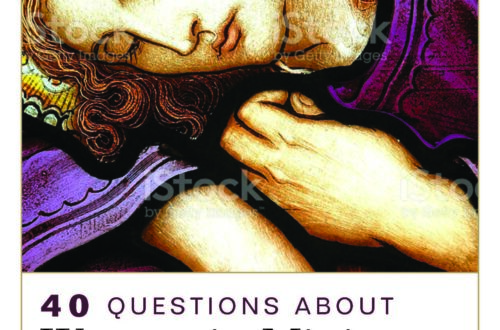 What Does It Mean That God Is Imaged as Both Male and Female? 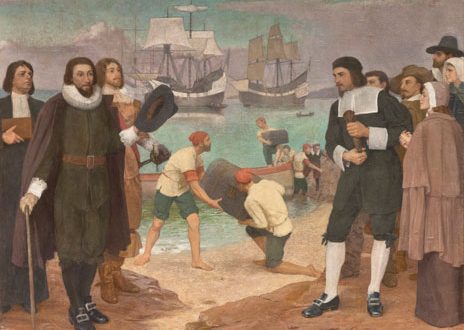 What Anchored the Puritans in Hard Times