We lost. 5-4. A crushing loss after an unbroken string of losses dating back to Roe vs. Wade in 1973. This most recent loss, same sex marriage, happened a long time ago, not on June, 26, 2015. That loss happened when we decided to trade in God’s weakness for our power and chose to trust political process instead of spiritual resources…

Don’t get me wrong. As citizens of the United States of America we should use every means our constitution gives us to advance our cause, but we cannot depend on our rights to make our nation right. Surely we know that when morality became a matter of politics and polls, God loses every time. God never wins the popular vote, only the unpopular vote, because even we love darkness more than light. If that were not so, why are so many of our churches unwilling to call sin sin or to call sinners sinful? That doesn’t sell pews, does it?

Could it be time to return to the foolishness of God’s wisdom, to rely once again on the power of God’s weakness and to rediscover the reality that God really does lead us in triumph when we are willing to risk all for the Gospel? Or can it be that our American life style means more to us than the Gospel, that what we’ve really been fighting for all of these years is our way of life rather than God’s way of the cross?

But I ask you, did we lose?

When I was in high school and just becoming alive to what was going on in my world, the evangelical air was full of chest beating and recriminations and cries of, “We lost!” What did we lose then? We lost China to the Communists. Missions had been in China for 100 years and gradually moved inland from the coast to the interior—until the Communists came and drove all the missionaries out.

One of the missionaries driven out of inland China was Dick Hillis, founder of One Challenge (OC), who had lived in China for over twenty years, who spent four of those years with his family in a Japanese prisoner of war camp during World War II and who, living on the edge of war, was forced to flee from China. When he left there were 700 Christians in his part of China. Just about thirty years later, after Nixon opened up China, he went back and discovered that those 700 Christians had become 700,000 Christians. We didn’t lose. God won!

Could it be that we didn’t lose because of a 5-4 Supreme Court vote? If that 5-4 vote drives us to our knees and then to the cross and then to the foolish weakness of the Gospel, could God win again? John Calvin certainly had it right when he wrote, “The Church of Christ assuredly has lived, and will live, as long as Christ shall reign at the right hand of the Father. By his hand it is sustained, by his protection defended, by his mighty power preserved in safety.” It surely has been. It surely is. It surely will be. We may lose, but God doesn’t. 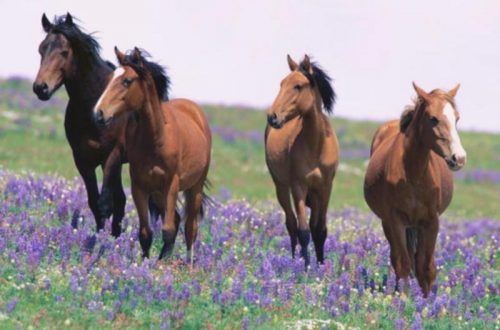 The Beautiful Attitudes – Part III: Blessed are the Meek