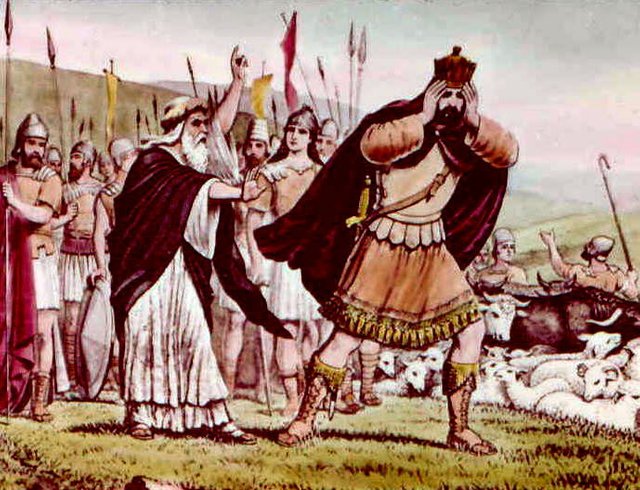 What is God’s standard for obedience?  If God asks us to do 100 things and we do 99 of them flawlessly, is it acceptable to omit the last one?  Is God going to understand and round up?  Can your obedience to God be close enough like with horseshoes, hand grenades, and H-bombs (i.e., thermonuclear weapons)?  What if you attend Sunday School, Worship Service, read your Bible daily, pray often and fast some, etc.  Surely, God understands when you talk about others, overeat, “borrow things from work”, cheat a little on taxes, or speed a little on the road!  Certainly, your service to Him offsets your small disobedience. Right?

Let us explore together how the Bible answers this question with an Old Testament example.  Why do we have the Old Testament?

We can review the story of the mistakes of those that have gone before us in order to prevent them or to see how to recover from them. Furthermore, it gives us hope that if they (the ones in the Old Testament who were far from perfect) made it we can have hope of making it, too.  We call this “Operational Experience” or “Industry Events” in the Nuclear Power Industry.  There we are constantly studying and training on the mistakes of others in order to prevent nuclear problems for you our public.  God had this valuable form of training figured out long before us – go figure?

Let us explore together the background of this story:

The nation of Amalek was the “superpower” of that day. They chose to attack Israel as God was leading them out of Egypt once they were tired and weary because they did not fear God.  Therefore, our God judged it right for them to reap the utter destruction they tried to bring to Israel (Deuteronomy 25:19. Genesis 27:29. Exodus 23:22.  Galatians 6:7. 2 Thessalonians 1:6. Colossians 3:25). Back to the story:

I have not been able to find an approximation of the number of people and animals slaughtered by Israel.  However, if two hundred and ten thousand soldiers attacked them it probably was at least that many and likely more (based on the victories Israel had when greatly outnumbered in previous battles).  Saul, after killing tens of thousands of men, women, children, and animals, felt justified in saving a token king.  Surely, he had accomplished the intent of God’s command – the destruction of the Amalekite nation.  So what could be wrong with saving one man? (Proverbs 14:12) What a trophy the king would make in his court!

Here is wisdom – do not bring the Word of God to someone in confrontation or discipline until you are able to weep all night before God for him or her.  The motive of our heart must never be retribution but rather reparation, restitution, resolution, and reconciliation leading to restoration if that is at all possible (4) (Galatians 6:1. 1 Timothy 1:5, Romans 12:14-21, contrast Jonah 3:4,10. Jonah 4:1. Luke 9:51-56)

Many have been called into the Lord’s service while “little in their own eyes”; however, the Lord’s blessing results in them becoming puffed up (1) with pride (1 Corinthians 8:1,2. 1 Timothy 3:6 ).  They leave their first love and think they will please God in their ability (Revelation 2:4).  Arrogance blinds one to their own ignorance. That is, arrogance is the precursor to ignorance (Romans 1:21,22).

And Samuel hacked Agag in pieces before the LORD in Gilgal. The zeal of Samuel to do God’s will no matter the personal cost!  The man who wept all night before the Lord God for Saul is now butchering Agag before the Lord and Saul.  Saul claimed to bring back sacrifices for the Lord; however, it was Samuel who was obedient to the Lord sacrificing the life of King Agag! (3)

Samuel reminds me of the zeal of Phinehas’ grandson of Aaron who ran a spear through both man and woman caught in the act of an adulterous and idolatrous embrace thus stopping the plague at Peor (Numbers 25:1-15) (3). Recall, it was Balaam (1) who sold the secret to destroying a nation protected by God to Balak who used it to entice Israel into sexual sin that resulted in judgment from God – the plague at Peor.

Consider the following couple in the New Testament church:

Here is an example of someone who completed her obedience:

Fortunately, when we sin we can repent and receive forgiveness and cleansing due to His infinite supply of Grace (i.e., unearned favor) and Mercy (i.e., the solution to all needs) (Micah 7:18). Realize without this unearned favor with God (i.e., grace) we would not be candidates to receive His solution to all our needs, wants, and desires (i.e. mercy) (Ephesians 1:1-7. Hebrews 4:16. 2 John 1:3. Romans 5:20).

Our both merciful and just (1) Heavenly Father God will most certainly test (1) and discipline (1) us for obedience which can lead to rejection from our present ministry. However, under the New Covenant, He will not reject (1) us from His family (Romans 8:35-39), our calling (Romans 11:29), or take His Holy Spirit from us (John 14:16,17).

Therefore, let us come boldly and respectfully as joint-heirs with Jesus to OUR Father God’s throne of “unearned favor” (i.e., grace) paid for by the death, burial, and resurrection of our Lord and Savior Jesus Christ to obtain “the solution for all our needs, wants and desires” (i.e., mercy) and while fellowshipping with God at His throne continue to have incrementally revealed the width, length and depth of this “unearned favor” (i.e., grace) that passes all knowledge! Amen (Hebrews 4:16. Romans 8:17. John 20:17. 1 Corinthians 15:3,4. Philippians 4:19. Psalms 23:1. Psalms 37:4. Isaiah 28:10. Ephesians 3:14-21)

(2) NET note 43, sn Heb “Yahweh-Nissi (1)” (so NAB), which means “Yahweh is my banner.” Note that when Israel murmured and failed God, the name commemorated the incident or the outcome of their failure. When they were blessed with success, the naming praised God. Here the holding up of the staff of God was preserved in the name for the altar – God gave them the victory.

(3) Please do not try this at home! Leave the hacking and spearing of others to Old Testament personnel.

(4) The very last thing you would want to do is risk damaging a relationship, by speaking out of turn. But if God is wanting us to speak His word to someone, then we are being disobedient to God and actually betraying the person to whom God wants us to speak, if we choose not to do so. It’s important that, if and when you do feel God is putting you in that situation, you really spend time with the Lord, asking Him to confirm that this is what He wants you to do. And then when you pluck up the courage to bring your word, it is vital that it is delivered with love and compassion so that it can be an apple of gold to the recipient and not a stab in the back!

How do we respond when someone speaks a word to us which conflicts with what we want to do – advice, perhaps, which cuts right across the plans you had laid down for yourself? Be gracious and thank the person, however much you either agree or disagree with what they have said. Then lay it before the Lord in the privacy of your own place of prayer. And ask Him to confirm to your own heart whether or not what has been said is true. And if it is a true word, then thank the Lord for it and in humility also thank the person who had the courage to bring a word in season to help you along life’s journey. A friend who speaks truth in love is worth a thousand friends who flatter but fail to tell you what you need to hear! 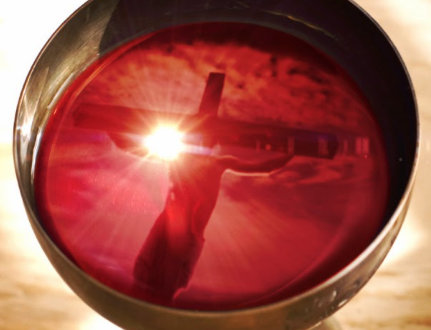 Seven Church Conditions during the Church Age – Jesus the Messiah!