During the pandemic, I was honored to be asked to address a student leadership conference for a Christian school in the Philippines via Zoom. Looking over my notes, there isn’t much here that doesn’t apply to ALL of us with any kind of online connection.

In order to follow Jesus’ call to be salt and light, and applying it to online life, I’d like to take a look at dangers of the dark side of online life, as well as suggest ways to be wise in the use of this technology.

I don’t think anything has fueled the temptation to compare ourselves to others as much as social media. There is a wise saying that “Comparison is the thief of joy.”

This is where our feelings go when we’re caught in the comparison trap: to envy. To depression and anxiety.

A tranquil heart gives life to the flesh, but envy makes the bones rot. (Proverbs 14:30)

Anxiety in a man’s heart weighs him down, but a good word makes him glad. (Proverbs 12:25)

The opposite of comparing is choosing contentment.

Keep your life free from love of money, and be content with what you have, for he has said, “I will never leave you nor forsake you.” (Hebrews 13:5)

Now there is great gain in godliness with contentment, for we brought nothing into the world, and we cannot take anything out of the world. But if we have food and clothing, with these we will be content. (1 Timothy 6:6-8)

And one of the best ways to choose contentment is to train yourself to practice gratitude. Give thanks for what the Lord has allowed for you.

Whatever happens, give thanks, because it is God’s will in Christ Jesus that you do this. (1 Thessalonians 5:18)

One of the worst is Tiktok.

A 17 year old girl wrote: “The only thing worse that happened to me besides Tiktok was my family members dying . . . . I would spend countless hours crying in my bedroom repeatedly watching Tiktok, telling myself I wasn’t good enough.”

Another girl told of starving herself to look like the people Tiktok decides are acceptable.

Tiktok destroys people’s self-esteem. Millions of kids try to learn the dances to fit in or feel accepted.

There is a strong pro-anorexia and pro-bulimia presence, causing lots of girls to develop eating disorders because adolescents are particularly vulnerable to peer pressure.

The message on so many of the apps for girls is: If you want to be seen, heard, loved, show off your body. No one is valuing you for your heart or your mind or your passions, just your appearance. Just your body.

Many of the apps are also dangerous because sexual predators use them to trick kids and lure them into meeting, where bad things happen. So many victims of sex trafficking are drawn in on social media.

Another way social media is dangerous is because there’s where so much cyber-bullying happens.

If you see someone being bullied, ask the Lord for help and be brave. Speak up and say, “That’s not okay.” There is power in just one voice! And report it—to whatever authorities have to do with how you know the person, such as school, or church, or the neighborhood. Keep inviting Jesus into the situation and ask for supernatural help.

Another problem with Tiktok in particular is a different kind of danger, concerning privacy and security.

One expert said, “Anytime Amazon, major banks, and the Department of Defense ban employees from using an app for security issues, it’s time for everyone to uninstall the app.”

You need to know that NOTHING you put on social media is private.

The more time you spend online, the greater your risk of feeling isolated and taken to a dark place emotionally. Because of the pandemic’s lockdown, depression and loneliness are at an all-time high.

Scrolling your social media feeds contributes to feeling left out.

A 2018 study published in the Journal of Social and Clinical Psychology revealed that those who limited their social media exposure to 30 minutes a day, reported that their depression lifted and their loneliness improved. The late media activist Collin Karchner, founder of the “Save the Kids” movement, kept hearing from U.S. students that they reported feeling better immediately after deleting their social media apps!

Another aspect of spending too much time online is that it can cause difficulty engaging in conversations in real life. Which of course fuels the loneliness further.

Probably the MAJOR pitfall of the Internet is pornography.

This is a matter of spiritual warfare. The enemy of our souls is taking captive millions of Christians through pornography, then beating them up with shame and guilt.

I plead with you, install a filter or an accountability program on your phone to help you stand against this attack on your purity.

And please, don’t take pictures of your bodies. And most certainly do not send any pictures of body parts to other people!

You were bought at a price. Therefore glorify God in your body. (1 Corinthians 6:20)

Your body was bought by Jesus and it belongs to Him. It’s not okay to give it away, even in pictures, to anyone except the person you have married.

It would be wise to choose to unplug yourselves so you can replenish your mental, emotional, and spiritual resources.

Jesus said in Matthew 16:24, “If anyone wants to come after Me, he must deny himself, take up his cross, and follow Me.” There has to be a choice to deny ourselves and say NO to the phone as a way of saying YES to Jesus.

Think about all the ways you stay tethered to your phone so it controls you.

Get a real alarm clock and watch so you’re not dependent on your phone to tell you what time it is.

At night, recharge your phone in another room so your sleep won’t be disturbed by the sound and light of incoming messages and notifications.

Don’t post on social media when you’re emotional. Don’t treat social media like a diary. Then you won’t regret emotional posting that embarrasses you later.

If you’re already feeling down, don’t scroll social media. It will make you feel even worse.

To be emotionally healthy, let yourself feel your feelings instead of distracting yourself by scrolling.

Put your phone down and be 100% mindful of what’s happening in your life at that moment.

The blue light from screens decreases your melatonin levels, which leads to sleep problems. Turn off your screen an hour before bed to help yourself sleep better.

Can you see how passing your post through the filter of these insightful questions would be loving?

There are two verses that strike me as especially appropriate to this issue:

Do nothing out of selfish ambition or vain conceit. Rather, in humility value others above yourselves. (Philippians 2:3)

If that is the question we ask: “Will this bring glory to God?” we will find ourselves being loving, kind, respectful Christ-followers who are bringing salt and light into the dark and corrupt world of the internet.

And we will earn the Lord’s accolade: “Well done, good and faithful servant.” 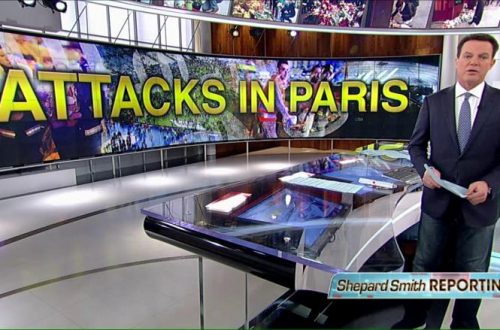