Jesus often used simple earthly objects to explain a spiritual concept. His listeners were asked to focus on something physical so that He could teach them something spiritual. Understanding that God is outside of time, space, and matter is difficult for His creation to comprehend. Finite sinful creatures just cannot comprehend the infinite and holy God. Jesus understood His creation and our need for hooks in our brain on which we could hang new concepts. He often taught with parables and object lessons.

God, in both the Old and New Testament used parables and object lessons to help us understand our own sinfulness, His holiness, our helplessness, and His grace, mercy, and His character. An object lesson  involves simple earthly objects chosen specifically for the audience to whom God is speaking. He uses the familiar to explain the unknown. We can do the same.

How do we explain to a child the importance of missions? If you remember, I have mentioned before that my family moved to Japan as missionaries in 1991. During one of our furlough years, my husband preached in each of our churches the same sermon, which I have named, The Power of a Penny. It was simple but profound. It was understandable and unforgettable to everyone in the room who was old enough to understand a penny. After hearing the object lesson, one could hardly look at a penny again without thinking of missions and their own command to share the Gospel. So just how is a penny like a missionary?

On the penny is the declaration, “freedom” which was Abraham Lincoln’s declaration for those bound in slavery to the South. So too, “freedom” is the declaration of a missionary as they share the Gospel message to all those bound in slavery to sin. On the back is an image of Lincoln in the Lincoln memorial. It is to remind everyone of the investment and cost of freedom. Christ gives us the Holy Spirit to live in us and thus making us a memorial to the world of the price paid and availability of their offer of freedom from sin.

On the penny are the words E PLURIBUS UNUM” which means, “Out of many, one” Every dollar is made up of 100 pennies. Many believers gathered together make up one church. Alone the penny is not worth much. But when pennies are gathered together the value of all are increased. So it is with a missionary, alone they cannot accomplish much but with a team of supporters and prayer warriors they are building the Kingdom of God.

Who are missionaries? There are two kinds of missionaries even as there are two kinds of pennies. The limited amount of wheat pennies is like the limited number of missionaries who go to reach those in a different language and culture than their own. The more common penny is like the missionary that God calls all believers to be. We are all called and sent to reach our family, friends, and neighbors with the Gospel message. Alone we can only reach a few but if we pray for and support one another we will in time reach the whole world with the truth of God’s love. Truly, out of many churches around the world, God is making one universal church.

There are many lessons in a penny but the most sober of all of them is that there will be no pennies in heaven and there is no need of missions there either. It is appointed unto man once to die and after that the judgement. Let’s teach our children to share their faith, to give to and pray for missionaries. Now is the time to get involved. Perfection only comes in Heaven. If we wait until we are perfect to get involved, we will miss out on the opportunity to represent Christ to the world. Today is the day of salvation. 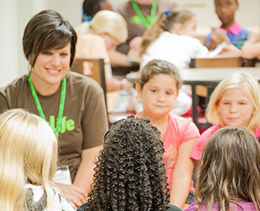 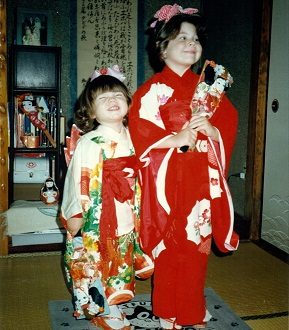