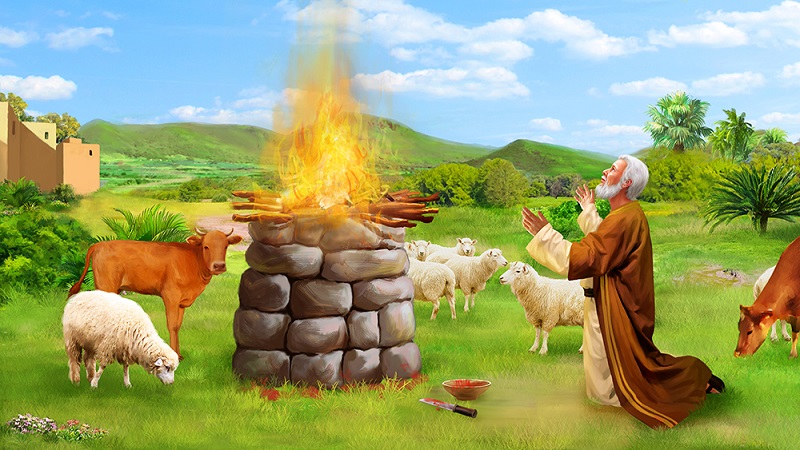 Now we will jump to the beginning of the story of Job’s struggle.  Specifically, what caused this suffering to come upon Job?

From this passage, we can ascertain that Job was a very religious man.  He was blameless and upright in his dealings with others. However, realize that God has always considered someone righteous by their living faith and not by their flawless performance (Genesis 15:6. Romans 4:5-11). Unfortunately, we have been so performance rather than grace and mercy-minded we overlook this fact and typically interpret these verses as describing that Job was perfect. That is because God said He was righteous our religious paradigms interpret that to mean that Job performed perfectly! However, this simply means that Job had a living faith (i.e., faith with corresponding actions, James 2:14-17) in God. Therefore, God “considered” him righteous or upright independent of his performance which is the same way we are “made” righteous in the New Covenant (Habakkuk 2:4. Romans 1:17. Romans 3:28. Romans 5:1. Galatians 2:16. Galatians 3:11. Philippians 3:9. Hebrews 10:38. James 2:20-26) (3).

Job, feared God and shunned evil (Job 1:1). Admittedly, Job does sound like a paragon of virtue; however, we only see the external.  Remember, God sees the heart and is not fooled by any of our religiosity (1 Samuel 16:7).  Recall how the Pharisees appeared to be doing all of the “right” religious things but Jesus reserved His most scathing rebukes for this group (Matthew 23:13-33).

For example, note Job was making sacrifices for his children “just in case” they sinned and cursed God in their hearts.  This type of action does not speak of a relationship with God but instead religiously performing to please or appease God so that nothing bad would come upon him (Job 3:25) – we call that legalism! (1) (Colossians 2:20-23) We will see more of Job’s religiosity as this study continues with the hope that it will reveal our own so that we can return to the grace and mercy based relationship with God that we discovered when we first loved Him (Ephesians 2:8,9. Colossians 2:6. Revelation 2:4).

In this passage, we get a glorious behind the scene view of what goes on in heaven.  The sons of God are the angels of God (1), and Satan (a fallen angel) shows up, too.  Wait a minute!  I thought Satan had been cast out of heaven because Jesus witnessed Satan being cast from heaven at the speed of light when he rebelled against God (Luke 10:18. Ezekiel 28:11-19; Isaiah 14:12-17). Then how did a fallen servant (angels are just servants of God) who was cast from heaven have the authority to re-enter heaven and debate with almighty God concerning God’s most precious creation – man?

Recall, man was made and given authority (1), but not ownership, over all of God’s works (Psalms 8:4-8). Satan then deceived Eve (2 Corinthians 11:3) into eating from the Tree of the Knowledge of Good and Evil.  Adam, who was with Eve when she ate, followed along and ate the forbidden fruit not because he was deceived but rather by conscious choice (1 Timothy 2:14).  In the Bible, when covenants (strong contracts) are made either stones are piled up or trees are planted for a memorial of the event.  In the Garden of Eden, the two trees represented two covenants. The man could join either with God (Tree of Life) or Satan (Tree of the knowledge of good and evil).  Unfortunately for us, the first man Adam chooses Satan.

Realize, in a covenant (e.g., marriage) all that you have becomes theirs, and all that they have becomes yours.  Consequently, after Adam chooses Satan all of the authority that God conferred upon Adam now becomes Satan’s.  Satan now has the right to re-enter heaven and stand before God as a co-heir with Adam.  Satan becomes the “god of this World” (2 Corinthians 4:4).  Now you can understand why Satan was able to offer Jesus the world for worshipping him (Luke 4:4-7).

Back to Job!  Satan then appears before God as the god of this world.  God recognizes Satan’s authority that he obtained legally from Adam.  Legally because the man was not forced or even deceived into eating of the tree but did so of his own free will (1 Timothy 2:14. 2 Corinthians 11:3).  That is, Adam was pressured by Satan who appealed to the strong desires (lust) of his heart (James 1:14) and chooses to side with Eve rather than God.

Next, we will examine the dialog between God and Satan.

Satan is flaunting the fact that he can legally roam the Earth (Ecclesiastes 8:10. 1 Peter 5:8).  God cannot legally stop him and man, who still has authority over Earth, has become Satan’s slave (Romans 6:16).  However, God can and does limit Satan’s activity (1 Corinthians 10:13).  That is, God is still in control of this less-than-ideal situation.  However, to destroy Satan would destroy man for they are now one in a covenant (Matthew 13:24-30).  The man started this mess of a situation but, being Satan’s slave, he is helpless to get out of it.  It would take a man without sin (1) to destroy what Satan has done.

God knew that Satan was trying to destroy Job. Job was blessed because of his past obedience to God.  He apparently kept whatever commandments God revealed to him (realize that Job lived before the Ten Commandments were given to Moses).  He lived a holy or separated life.  However, he fell into the trap that many (all but God’s unique son Jesus) that seek the Lord have fallen into.  Our fallen nature (self) wants to take the credit for all that God is doing in our lives.

For example, at the beginning of the Lord’s ministry in my life, He first placed me as a teacher in an adult couple’s class.  We had a “time of refreshing from the presence of the Lord.”  The Lord’s presence was in the teaching, including signs and wonders (Mark 16:20), and was evident to all for several years.  Many would laud my teaching ability.  I would tell them to give the glory to God; however, inside me “self” was thinking, “God and I make a pretty good team.”  Oh, dear saint, it is God alone!  I was an unbroken vessel and was becoming full of “self-pride.” (James 4:6) Nevertheless, the Lord is faithful to not let us stay in this type of situation (1).

Consequently, the Holy Spirit would honor the Word that I taught; however, the power was not there as it was before.  So “self” tries harder to “work up” what used to flow naturally from God.  We come up with formulas to get God on the scene (more faith, more fasting, more Bible reading, more prayer time, more confession, etc.) (2).  This leads to legalism (1) – performing to please God.  We no longer have a living relationship but a dead religion. We start thinking that the disobedience of those that are hearing us is causing the loss of power in “the teaching.”  We think “they” are grieving the Holy Spirit!  We begin to start driving the sheep instead of leading them.  Furthermore, we start blaming the devil for this problem!  Hello, the devil can not get to a person living in God’s protection (Psalms 91:14) without first clearing it with the Father! (Luke 22:31,32. 1 Corinthians 10:13)

Job was at this place in his life.  “Self” was alive and well.  Funny thing, when you are in this situation you know something is wrong but cannot seem to get your finger on it.  That is because “you” are the problem!  We have already seen that Job is finally broken (1) before the Lord and restored.  Broken vessels (1) cannot be filled with self – they leak too much! 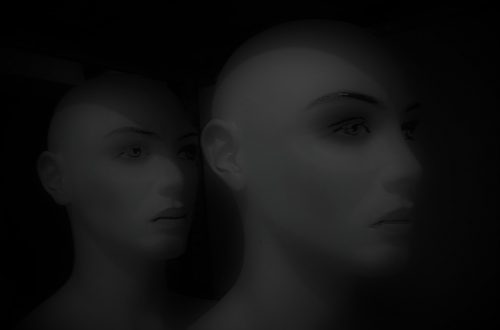 Should a Christian Attend a Homosexual Wedding?

Redeemed by the Blood of Jesus