Last week, writer Anne Rice—author of The Vampire Chronicles—publicly renounced Christianity, but not Christ, on her Facebook page. In 2004 she had come back to her Roman Catholic roots after a foray in atheism, during which time she wrote her vampire books. She later identified these books as reflecting her quest for meaning in a world without God. Embracing Jesus as her Savior, Anne announced that she would henceforth “write only for the Lord.” Her next two books were Christ the Lord: Out of Egypt and Christ the Lord: Road to Cana, chronicling the life of Jesus.

But now she’s had enough of the church:

“For those who care, and I understand if you don’t: Today I quit being a Christian. I’m out. I remain committed to Christ as always but not to being ‘Christian’ or to being part of Christianity. It’s simply impossible for me to ‘belong’ to this quarrelsome, hostile, disputatious, and deservedly infamous group. For ten years, I’ve tried. I’ve failed. I’m an outsider. My conscience will allow nothing else.”

A few hours later, she followed up her post with this:

“My faith in Christ is central to my life. My conversion from a pessimistic atheist lost in a world I didn’t understand, to an optimistic believer in a universe created and sustained by a loving God is crucial to me. But following Christ does not mean following His followers. Christ is infinitely more important than Christianity and always will be, no matter what Christianity is, has been, or might become.”

This breaks my heart, for several reasons.

First, she has a valid point about what “Christianity” has been shaped to look like in many churches and in many individuals: that it’s more what we’re against than what we’re for. See the book unChristian: What a New Generations Really Thinks About Christianity. . . And Why it Matters. Shallow discipleship has created an ugly characterization of what the Church, and Christians, are supposed to look like.

Second, she doesn’t understand that while Christ is the Head, the Church is His Body. No one can take themselves out of the Body of Christ without harm, just as a physical body is harmed if one hand chops off the other. Christianity is about Jesus, not the unfortunate misunderstandings of what it means to follow Him. But God calls us to do life in community, not on our own. Maybe Anne needs to find a different faith community than the one she’s been in.

Third, in a battle between her cherished beliefs and values and the Bible’s, hers are winning. Spiritual maturity means we submit ourselves to the authority and power of the Scriptures and of the Holy Spirit, resulting in our transformation. And that includes changing the way we think when our thoughts and desires collide with what God has revealed as truth. No one wins, in the end, when we refuse to be informed and formed by what God says, but Anne Rice cherishes her beliefs more than those of the Jesus she wants to follow. That is tragic.

I’m praying for her eyes to be open on several levels. I invite you to pray for her as well. 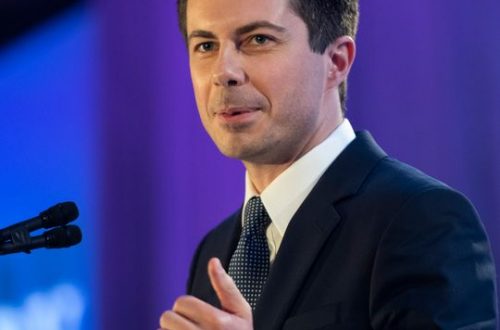 Pete Buttigieg, Gay Marriage and the Witness of the South Carolina African-American Churches