“The New Testament views all the old covenant sacrifices as types of the death of Christ. The different sacrifices bring out different aspects of the significance of his death. Lambs sacrificed every morning and evening were the most typical victim, so Jesus is called ‘the Lamb of God, who takes away the sin of the world’ (John 1:29). Indeed he died at the time of the evening sacrifice.” (3)

While the Burnt Offering is the first of the Levitical offerings it is the oldest, and most common, of the offerings, found as early as the Book of Genesis. This was an offering with the worshipper voluntarily devoting his whole offering to God through the fire (Exodus 29:18). The Burnt Offering, olah in the Hebrew, literally meaning “to go up.” That is, the whole offering “went up in smoke”, providing a sweet-smelling aroma to the Lord, with nothing returned to the worshipper which made the Burnt Offering distinct from other offerings. Parts of the other sacrifices were also burned on the Altar, but the Burnt Offering was totally consumed on the fire except for the hide of the animal and the crop of the bird. Otherwise, everything was totally burned to ashes with nothing left for anyone to eat.

The purpose was to express total dedication to God (i.e., it was a consecration offering). (Exodus 18:11–12; Numbers 15:3). This was especially its meaning under the Mosaic Covenant. The Burnt Offering is sometimes referred to merely as “an offering made by fire.” In Deuteronomy 33:10, it is called in Hebrew kalil, the whole burnt offering. In actual practice, it was often preceded by a Sin Offering (1) or a Trespass Offering (1) (Leviticus 6:8–7:38).

The Burnt Offering is mentioned within the New Covenant in Mark 12:33 and Hebrews 10:6-8. But implicitly, it is found in Luke 2:23,24, which mentions that a Burnt Offering was required after childbearing. It is also implicit in Luke 17:14 when the healing of a leper apparently required a Burnt Offering.

The Burnt Offering was voluntary at the individual level for private practice, but it was mandatory for the following specific public occasions:

When the Burnt Sacrifice was offered the Priests and Levites accompanied it with joyful singing and the playing of musical instruments used for praising the Lord (e.g., stringed instruments, tambourines, trumpets, and cymbals) (1 Chronicles 13:8;25:1). They played their instruments and sang while standing on the East side of the Altar (2 Chronicles 5:12-14).

Meanwhile, the priest had to do three things. He had to:

The animal to be sacrificed had to have the following four general characteristics. The animal had to be:

If the individual were wealthy, he had to offer an expensive sacrifice; if he were poor, he could offer a less expensive sacrifice, nevertheless, it would have to be costly relative to his social-economic status. As Moses deals with the specific animals allowed, the progression always goes from the most expensive to the least expensive as follows:

The kinds of animals for the Burnt Offering and the details as to how they were offered closely parallel the Peace Offering.

There were eight sequential steps of the Burned Offering ritual:

The daily sacrifices consisted of two burnt offerings: one lamb … in the morning [9:00 AM], the other lamb … in the evening [3:00 PM] (Numbers 28:4,8). This last phrase, in the evening, literally ‘between the evenings’, is used for the time when the Passover lambs had to be slain (cf. Numbers 9:3. Leviticus 23:5) and probably means late afternoon. On Sabbaths and festivals, when additional sacrifices were appointed, they were offered in the time between the regular morning and evening sacrifices. Numbers 28:23 suggests they were presented immediately after the morning sacrifice.

A sin offering (1) of a goat was required on all festivals apart from the sabbath, and this would probably have been offered before the additional burnt offerings (cf. Numbers 6:16; Leviticus 9; 16, etc.). Note that Numbers 28–29 is concerned with the quantity of the sacrifices, not their timing. (3)

Consequently, every year the priests sacrificed a minimum of 113 bulls, 32 rams, and 1086 lambs and offered more than a ton of flour and a thousand bottles of oil and wine! (3)

Imagine, never a day without the death of animals dying in our place. A constant reminder of sins that could never be taken away by animals but could only be temporarily covered.

Typological Meaning of the Burnt Offering

Jesus the Messiah willingly offered Himself to God as a consecration offering dying in our place. Jesus performed this while satisfying all of the Levitical requirements for the burnt offering sacrifice.

As a substitute, Jesus the Messiah is the ideal of consecrated service, for His will was always in complete submission to the Father’s. Thus he was an Offering of a “sweet-smelling savor,” such as was the Burnt Offering. Of Him, the Father could say, “This is my beloved son in whom I am well pleased.”

Furthermore, Jesus the Messiah demonstrated what God our Father desires of us His children. That is, to present ourselves as a living sacrifice. By accepting Him as our “Burnt Offering” we identify ourselves with Him and confess that He died as our substitute.

Four General Characteristics of the Sacrifice that were Met by Jesus:

Jesus was, is, and ever shall be Ceremonially Clean

Jesus committed no sin, had no sin within Himself, and never knew sin; therefore, He qualified to be our sacrificial offering.

Jesus was, is, and ever shall be our Sustenance

Jesus was, is, and ever shall be Obedient to God His and our Heavenly Father

Jesus was, is, and ever shall be Precious and Priceless to God the Father

Three Criteria of the Sacrifice that were Met by Jesus:

Jesus was, is, and ever shall be perfect without spot, blemish, disease, or deformity

Jesus was, is, and ever shall be a Human Male

Jesus was, is, and ever shall be at the Peak of Life and Health

A future cross at Golgotha with four points. Four meaning the sacrifice is effectual for salvation to the four corners of the World (North, East, West, South)! Now that is Good NEWS! Hallelujah!)

The sacrificial offering was “wholly consumed” meaning “burned to ashes.” Anything that has been reduced to ashes can never be burned again. That is, the judgment has been fully executed with none remaining. This represents the total annihilation the sinner deserves and the total consecration God expects from his followers.

The burnt offering provided a soothing aroma to God as it ascended. From God’s perspective, He was sensing in that smell the death, burial, and resurrection of Jesus followed by His ASCENSION to Heaven! Including the joy brought in the presence of God’s angels (i.e., the joy brought to God our Father in whose presence the angels live) by the salvation of lost sinners! (Luke 15:10)

An interesting story from the Old Covenant connecting burnt offerings with the ascension.

Recall the selection of the animal was based upon the social-economic status of the individual Jewish member of the commonwealth. Typologically these various animals represent the stages of a believer’s spiritual maturity, including their understanding of Jesus’ sacrifice, as they seek the Lord. Note that in Leviticus the sacrificial animals are listed from the perspective of God looking from the Mercy Seat outward from the Holy of Holies to the approaching believer entering the Outer Courts of the Tabernacle of Moses. However, I will list them here from the perspective of the believer entering the Outer Court of the Tabernacle of Moses growing in spiritual maturity as they approach God our Father at the Mercy Seat in the Holy of Holies.

The Five Phases of our Spiritual Growth (1) characterized by the Burnt Sacrifices from spiritual newborn to mature Christian (Philippians 3:10–11 NET):

The Tabernacle of Moses Series:

Sacrifices and Offerings of the Old Covenant

Hal is a Professional Engineer, holding an MBA from Liberty University and a Ph.D. in Engineering. He served six years honorably in the USN Nuclear Power Program, followed by a distinguished 36-year career in the commercial nuclear energy field.

The Five Fire Sacrifices and Offerings of Israel – Introduction 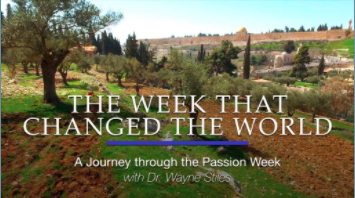 The Week That Changed The World (Video Presentations)