The New Testament views all the old covenant sacrifices as types of the death of Christ. That is, the five sacrifices bring out different aspects and significance of His one sacrificial death on the cross. Lambs sacrificed every morning and evening were the most typical victim, so Jesus is called ‘the Lamb of God, who takes away the sin of the world’ (John 1:29). Indeed he died at the time of the evening sacrifice. (3)

The fourth Levitical offering is the Sin or Purification Offering. The basic purpose of the Sin Offering was to deal with the issue of mandatory offerings for sins committed unintentionally. In Leviticus 4:1, we have God’s second utterance. The first three offerings (i.e., Burnt, Meal, Peace), which were based upon God’s first utterance, were largely voluntary offerings, but the last two offerings (i.e., Sin and Trespass) are based upon the second utterance and concern mandatory sacrifices. These last two, then, are mandatory and atoning. While the first three offerings were already known from the previous revelation, these last two are totally new and revealed for the first time in the Mosaic Law. Realize, the knowledge of sin did not come until the Law was given and with that knowledge, the Sin Offering and the Trespass Offering (1) were instituted (Romans 3:20;5:13;7:7-12. 1 Corinthians 15:56. Galatians 3:19-24. Acts 19:4).

Stating the nature of the sin, God says in Leviticus 4:2: Speak unto the children of Israel, saying, If any one shall sin unwittingly. That is the issue-unwitting sin. Literally, the Hebrew means unwittingly in the sense of “unintentionally.” It is a sin that was committed through ignorance, error, or oversight.

The Hebrew word has for its root meaning “to wander,” “to go wrong,” “to make a mistake,” “to commit error.” It is a sin which arises from human infirmity or from the weakness of the flesh; it is a sin of weakness of flesh and blood; it is a sin of waywardness. This is unintentional sin, sin of ignorance or inadvertent sin, such as the sin of manslaughter (Numbers 35:11–23). It is a sin that was committed without premeditation (Num. 15:22–29). In other words, it is not a sin done in a spirit of rebellion; it is not a sin of presumption. This is in contrast with a sin committed with a high hand, a calculated sin of defiance against God, for which there is no sacrifice. The penalty for those kinds of sins was to be cut off or executed (Numbers 15:30–31. Psalms 19:13).

The Hebrew word for sin here is chata, which literally means “to miss the mark.” When you miss the mark, of course, you also hit the wrong mark. Thus, this passage deals with sins that were not premeditated, but sins done out of ignorance, sins that a person just happened to fall into. Leviticus 4:2 goes on to say: in any of the things which Jehovah has commanded not to be done. In other words, we are dealing with sins, which were committed against a negative commandment, a violation of a negative commandment.

Similarly, the Greek word agnoemata (ἀγνοεματα), only used in Hebrews 10:26, or “errors” of the people, for which the High Priest offered a sacrifice on the great day of atonement, were not wilful transgressions or “presumptuous sins” (Psalms 19:13) committed against conscience and with a high hand against God. Again, those who committed such sins were cut off from the congregation as no provision was made in the Levitical constitution to forgive such sins (Numbers. 15:30, 31). But these were sins growing out of the weakness of the flesh, out of an imperfect insight into God’s law, out of heedlessness and lack of due circumspection (Leviticus 4:13; Leviticus 5:15–19; Numbers 15:22–29) and afterward looked back on with shame and regret. Realize, there is always an element of ignorance in every human transgression, which constitutes it human and not devilish. While this does not take away sinfulness, it mitigates the sin to render its forgiveness possible under the Old Covenant. Compare the words of the Lord, “Father, forgive them, for they know not what they do” (Luke 23:34), with those of St. Paul. ‘I obtained mercy because I did it ignorantly, in unbelief’ (I Timothy 1:13).” (14)

There are four unique features of the Sin Offering:

A male or female animal without blemish according to the social status of the petitioner: (4) (Leviticus 4:3 – 5:13)

There were eight sequential steps of the Sin Offering ritual:

This procedure differed according to the social status of the petitioner.

In summary, the distinctive purpose of the Sin Offering: to atone for sin and provide forgiveness for specific unintentional or non-defiant sins, where no restitution was required. God accepted the animal’s blood as a ransom payment for the particular sin that occasioned it and, by so doing, diverted His wrath from the sinner and, ultimately, to the Messiah on the cross. Many of the Feasts of Israel require a sin offering, as indicated in the table above.

Typological Meaning of the Sin Offering

This is where the sin offering differs from the Burnt offering. In the case of the Burnt Offering where the entrails, head, and legs were washed, there is no mention of “offal,” which is the animal’s dung. Dung represents our sins.  In the sin offering for the congregation, the hide, legs, entrails, and offal are taken outside the camp and burned, releasing an unpleasing odor, until it became ashes. Anything that has been reduced to ashes can never be burned again. This means the judgment has already gone through it with no judgment remaining. Thus signifying that Jesus “wholly consumed” all the just judgments of God’s wrath in His own body and blood (1), paying in full the sin-debt we incurred.  Consequently, our sins are “wholly consumed” when we get saved. All sins past, present, and future. Hallelujah!

Jesus died outside of the walls of Jerusalem.  He carried our sins which were completely burned up until they were all gone in the fires of God’s judgment!  That is why Paul could state with absolute certainty that “There is therefore now no condemnation for those who are in Christ Jesus!”

Only the Sin Offering of a “female” goat for the common person provided a soothing aroma to God as it ascended (Leviticus 4:27-35). When female animals are the prescribed sacrifices then it is for mankind’s benefit. (4) “Common person” meaning for the benefit of everyone and not just the elite. “Goat” meaning for lost humanity as Jesus Christ revealed that on the day of judgment, God will separate believers, whom He identifies as sheep, from nonbelievers, whom He identifies as goats (Matthew 25:31-46). Standing behind this statement is a shepherding practice common to the ancient world (Ezekiel 34:17). (10 ) From God’s perspective, He was sensing in that smell the death, burial, and resurrection of Jesus followed by His ASCENSION to Heaven! Including the joy brought in the presence of God’s angels (i.e., the joy brought to God our Father in whose presence the angels live) by the salvation of lost sinners! (Luke 15:10) This is the only sin offering that had this typology and hence the only one that brought a soothing aroma to God as it ascended.

An interesting story from the Old Covenant connecting burnt offerings with the ascension.

The animal hides were saved and given to the priest (2). These hides point back to the Garden of Eden when the Lord God made garments of animal skin to clothe them. This event was the first indication that a blood sacrifice is necessary to pay the price for Adam’s transgression (1). The skins providing testimony to the efficacy of the sacrifice and the High Priest (pre-incarnate Jesus in this case) conducting the sacrificial ritual to “cover” sins by the death of animals. Ultimately to abolish sin through the death of our Lord and Savior Jesus Christ! (1)

However, when the High Priest sinned and the requisite sin offering (1) was given, the skins are not saved but instead burned. Burned indicating the High Priest had failed to be the proper coverage for the nation of Israel and also, could not cover himself but rather must depend on God to restore the covering through the burnt offering (Leviticus 4:3-12). Note when Jesus offered Himself upon the cross as our sacrifice that His body, including His flesh or hide, was not allowed to see decay (i.e., destroyed). This signified that both the sacrifice (Jesus) and the High Priest (Jesus) (1) were effective in removing our sin and all our sins and giving us God’s righteousness! Hallelujah!

Eve, a female, was made for the man Adam’s benefit and hence when female animals are prescribed in sacrifices then it is for mankind’s benefit. 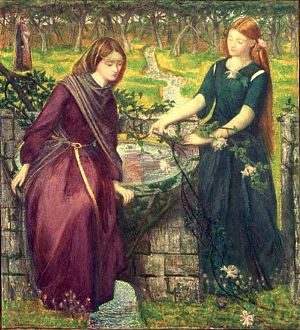 Lay Me to Rest with Leah the Lovely! 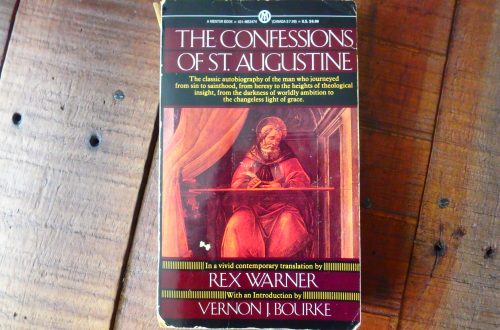