The New Testament views all the old covenant sacrifices as types of the death of Christ. That is, the five sacrifices bring out different aspects and significance of His one sacrificial death on the cross. Lambs sacrificed every morning and evening were the most typical victim, so Jesus is called ‘the Lamb of God, who takes away the sin of the world’ (John 1:29). Indeed he died at the time of the evening sacrifice. (3)

The fifth and last Levitical offering is called the Trespass Offering. Two basic Hebrew words are used for this offering: first, the word asham, which carries the concept of guilt; thus, this offering is referred to as a Trespass Offering, a Reparation Offering, or Guilt Offering. Secondly, the Hebrew word is maal, which basically means “a violation.” It has to do with an act of misappropriation or denial of what is rightfully due to another, with the word “another” being God or man. (2)

The emphasis of this offering is on the practice of sin (i.e., sins) rather than the sin itself. The Sin Offering focuses on the sin itself; however, the Trespass Offering focused on the practice of sin, emphasizing the harmful effects of sin upon others. Therefore, this offering requires confession, compensation, and restitution for the wrong done. It was an expiation, making amends, reparation, or atonement of trespass claims of both God and man. (6) Consequently, the Book of Leviticus discussed this offering in two parts: first, sins or trespasses against God (Leviticus 5:14-19); and secondly, trespasses against man (Leviticus 6:1-7).

This offering was required when one committed a violation, a maal. This was an act of misappropriation, a denial to either God or man of his rightful due. It was an offense that caused damage or loss that may have been either unintentional or intentional.

There were five occasions when the Trespass Offering was required when:

Unlike the Sin Offering, the Trespass offering required restitution by paying a fine to the wronged party. If the sin could be assessed for monetary compensation, then the guilty party had to bring a ram (4) for the guilt offering and pay compensation in property or in silver of the actual value plus a twenty percent fine. That is, some sins are more serious than others, as evidenced by the different sizes of offerings required for restitution. The ram itself was not part of the restitution but rather for the atonement of the trespass before God.

There are four salient lessons of the Trespass Offering:

There are six basic steps of the Trespass Offering:

In the famous messianic prophecy of Isaiah 53:10, speaking about the death of Jesus the Messiah, it states that God will make Him an offering for sin. The word for offering for guilt is asham, which has to do with the Trespass Offering meaning that Jesus removed the harmful effects of our Trespass sins.

In addition, this offering presents Jesus the Messiah who died for our trespasses on the cross, restoring what He did not take away (Psalms 69:4).

Jesus answered to God for our trespasses and paid our debt by His shed blood. Furthermore, He has added more than what was taken away by man’s rebellion! Infinitely more than twenty percent since the value of Jesus is infinite, and the new man is a joint heir with Jesus! Consequently, Jesus brought more glory to God and more blessings to mankind than before sin entered the world. Hallelujah!

Consequently, the Trespass Offering typifies Jesus the Messiah’s overpayment for the penalty of our trespasses against our Holy God. Atonement was made by the blood of the offering, and the trespasser (mankind) was forgiven, thus restoring fellowship between the offender (mankind) and the offended (God).

Again, the Trespass Offering covered the sins of which the offerer was unaware.  Jesus, as our Trespass Offering on the cross, made forgiveness for those that unintentionally crucified Him available when He said, “Father, forgive them, for they don’t know what they are doing.” On the following Pentecost, Peter by the Holy Spirit preached to those in Jerusalem concerning this unintentional sin with the result that 3000 repented (1) and were saved that day! (Acts 2:14-41 NET)

(5) “…the Leviticus passage [Leviticus 5:16] required a twenty percent restitution, but Exodus 22:4-14 required a one hundred percent restitution. So is there a contradiction between Leviticus and Exodus? The answer is “no,” and the solution is in examining the context. In the Book of Exodus, the offender is convicted by the evidence, and if so, the restitution must be one hundred percent. But in the Leviticus passage, the offender voluntarily surrenders and confesses his sin, so the restitution is only twenty percent.”

(6) From atonement for sin in the OT came such terms as expiation and forgiveness. From the idea of atonement for the wrath or judgment of God came propitiation and reconciliation. Hence in modern English translations various terms attempt to express the concept of atonement provided by God… In the Bible both expiation and propitiation are part of God’s atoning work. Christ’s sacrifice both propitiates (turns away) the wrath of God and expiates… [removes] human sin. God’s redemptive work is both personal, or relational, and objective. When a biblical context concentrates on God’s wrath, propitiation is involved; when human sin is the focus, redemption provides expiation… That expiation means “removal of sin” underscores a fundamental dimension of redemption: “as far as the east is from the west, so far does he remove our transgressions from us” (Psalms 103:12). 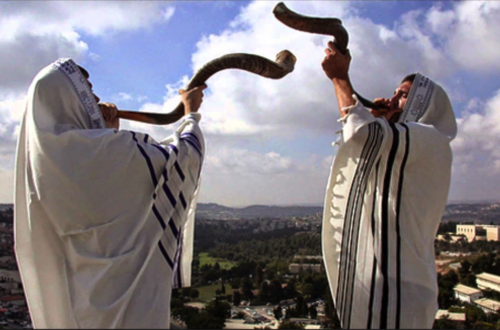 The Feasts of Israel – Trumpets 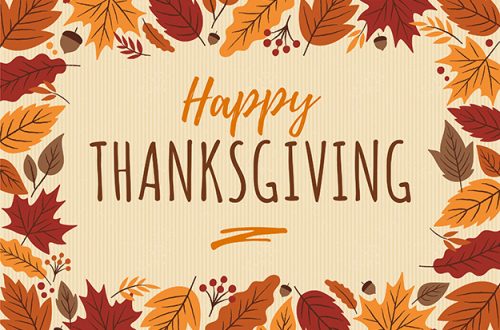